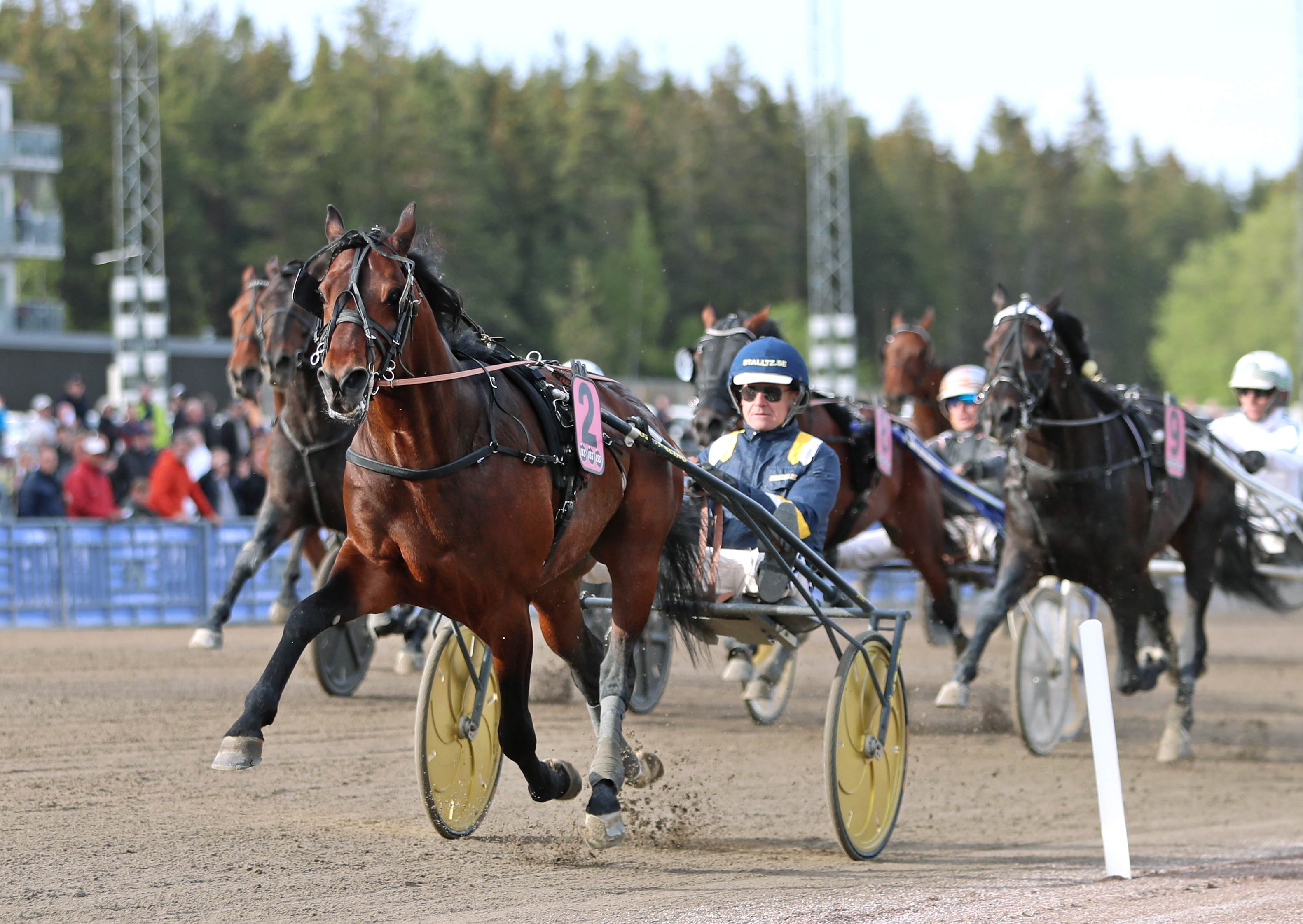 In Elitloppet, he held on to finish fifth.
On Saturday, he could go wire-to-wire.
It looks good on paper for Click Bait on Jämtlands Stora Pris.
"He is in super form and he drew the best possible post position" says his trainer, Stefan 'Tarzan' Melander.

Click Bait (V75-6) got his Elitlopp ticket when he pretty much toyed with his opponents in H.K.H Prins Daniels lopp at Gävle, and at Solvalla he showed that he is still in top form. He sprinted to a third place finish in the elimination and in the final, he held on strongly to finish fifth after a furious pace.
"His form is a ten out of ten. He is a tough horse and the two heats in Elitloppet really woke him up. He feels awesome in training!" says Stefan Melander.
The U.S.-born start specialist now goes out in Jämtlands Stora Pris with SEK 700,000 to the winner. He would have preferred if the distance was 500 meters shorter, but he showed last year that he handles 2,140 meters when he won Färjestads Jubileumslopp. He then went wire-to-wire from the same post position he has now, post one behind the gate.
"That's the best post position if you ask me. There are good horses in the race but like I said, he is in super form and I hope he stays in the lead as long as possible".

A warning for the stable mate
Among the opponents we find stable mates Milligan's School and Digital Class. The former has been a power house in the bigger races for several years, but raced poorly when he finishd sixth from the lead in Copenhagen Cup.
"I think he should have been better in Copenhagen, he should have held on from the lead. We shipped down the same day and it took a long time and maybe that's why he didn't race up to par that day" says Stefan Melander.
This time Milligan's School will have plenty of time to recover from the ship up. Post time for the race is 18:20 and all horses in the race need to be checked in by 10:00, that same morning. It was at the same time last year that the nine-year-old found his top form...
"He has gotten a month in between starts now, which might be good for him. He has trained well and he feels fantastic. He is strong and 2,100 meters is good for him. Post four is also good and I don't think you can count him out. He likes a high pace and if I was a bettor, I would use both him and Click Bait on my ticket".
Stefan does not think that Digital Class has any realistic chances to win, but she is also in top form and if you are looking for a long shot, you might want to pay for her too.
"She was incredibly good at Solvalla, last time out. The track wasn't super fast but I think she trotted 1:10.5 the last kilometer and raced super. She is also in good form and a high pace will also benefit her. I hope she can be fourth, fifth maybe".