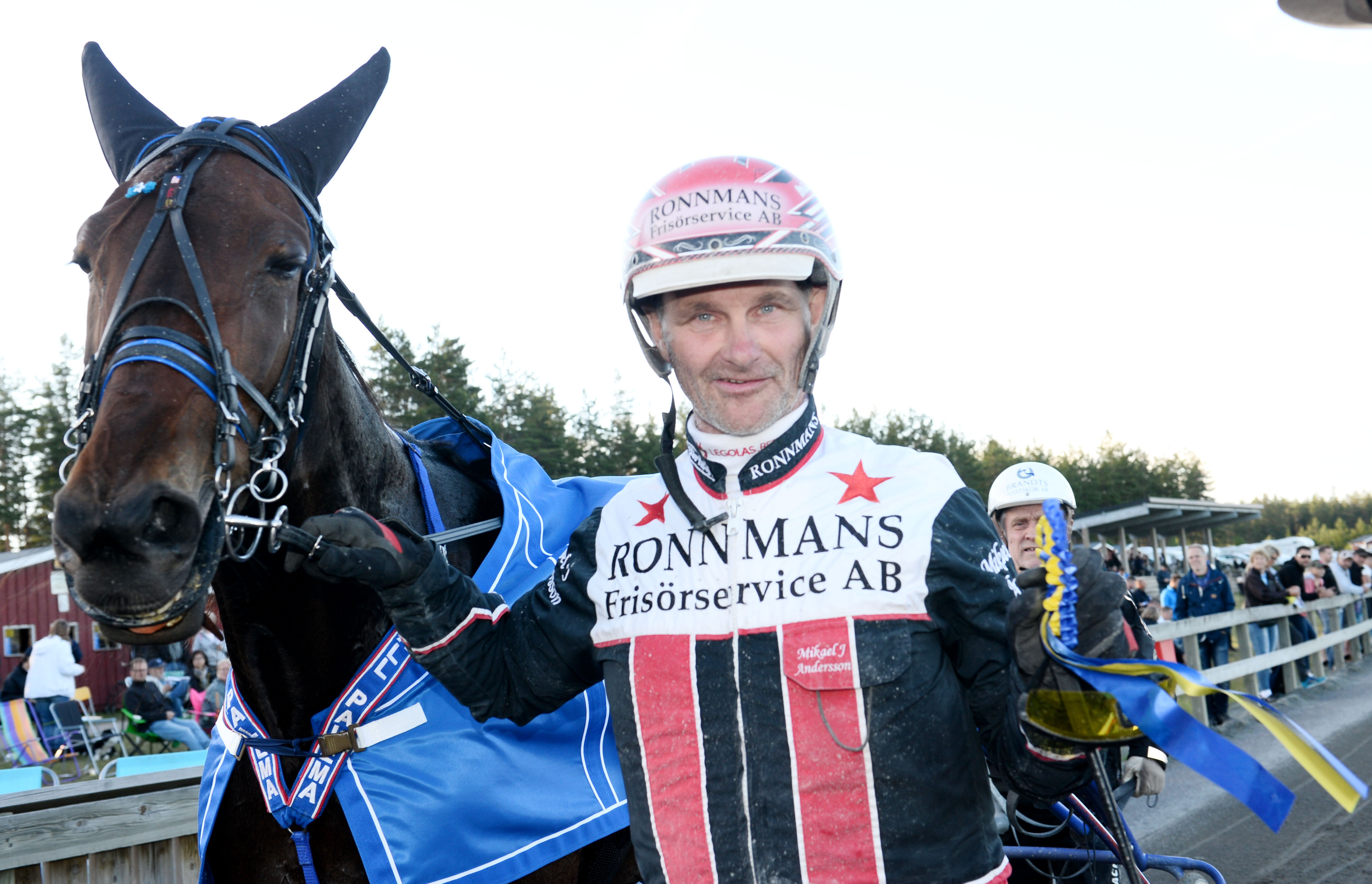 V75®(Saturday): The broodmare who became the most winning horse in Sweden

Last year she was meant to become a broodmare - this year she's the most winning horse in Sweden with twelve victories so far.
On Saturday Southwind Feji will try to delver an early Christmas gift at her home track Axevalla.
"I have the best horse and a good feeling" says trainer Pär Hedberg and picks her to win.

Saturday the 23rd is the start for WInter Burst which means V75® in eight of the following nine days. Axevalla is hosting V75 Saturday night and one the biggest profiles of the track is chasing her 13th win of the year. It's the four year old mare Southwind Feji who didnt's start her racing career until February this year. The story about the broodmare who became a star has bene told before but can't be told enough. When she arrived to Sweden with the Elitlopps horses last year, the thought she was in foal to become a broodmare. But that wasn't the case and instead she was put in training with Pär Hedberg,  private trainer for Karl-Erik Bender (Stall Palema) to see if she would make it to the races.
"She arrived in May with the Elitlopp flight from the States and when examined she wasn't in foal so we turned her out for two months and then we started training her back nice and easy for six months" says Pär Hedberg.
"She was tough to deal with in the beginning. But as we started training her more she became better with that too and that's when I could really tell she was something special".

"Almost like a fairytale"
She debuted at Färjestad on February 27th and took seven straight wins during the following four months. She soon became a horse talked about and during the fall she has won twice on V75 and with her twelve wins in 14 starts she is the most winning horse in Sweden before Lucifer Lane and Cyber Lane, each with ten wins.
"Not bad for a broodmare, haha. She wasn't even supposed to be a racehorse" says Pär Hedberg
"But sure it's a cool and special story. Almost like a fairytale actually. Who would have thought when we started racing her. We were just happy every time she raced and was able to win a few races early in the year. Looking back, we gave her much time as she needed and never rushed her. We really had no expectations and maybe that's the reason it's been going so well with her.
"Fun for owner Karl-Erik Bender who despite having many good horses, never owned the horse with the most wins in a year before".

What about her future? how good can she become?
"The way it feels, I think she will go right though the classes and race with the top mares (Stoeliten) next summer. I think she will do fine there too. We have a couple of gears saved for next year. She's never raced barefoot, for instance".

Your thoughts on her last couple of starts?
"She's raced very well. In her last start she win easily with the ear hood still on and lots left in the tank. Two starts ago in V75 at Mantorp she also raced well when she won".

"I have the best horse and a good feeling"
Southwind Feji will be the big favorite in V75-1 on Saturday where she starts 20 meters behind with regular driver Mikael J Andersson. Trainer Hedberg is optimistic and believes in another victory.
"I got a good feeling when I saw the draw. Every race has to be raced but I have the best horse and she should have a good chance. She feels good and I trained her today (Monday) and i was pleased with her".
"No changes. She will race with shoes, pull off ear hood and her regular sulky" says Pär Hedberg.
You also have Jonathan Palema in V75-3 from post eight behind the gate. His chances?
"He has one race after a long layoff now due to various injuries. He will need a few more races before he's ready so we're happy to make some money here".