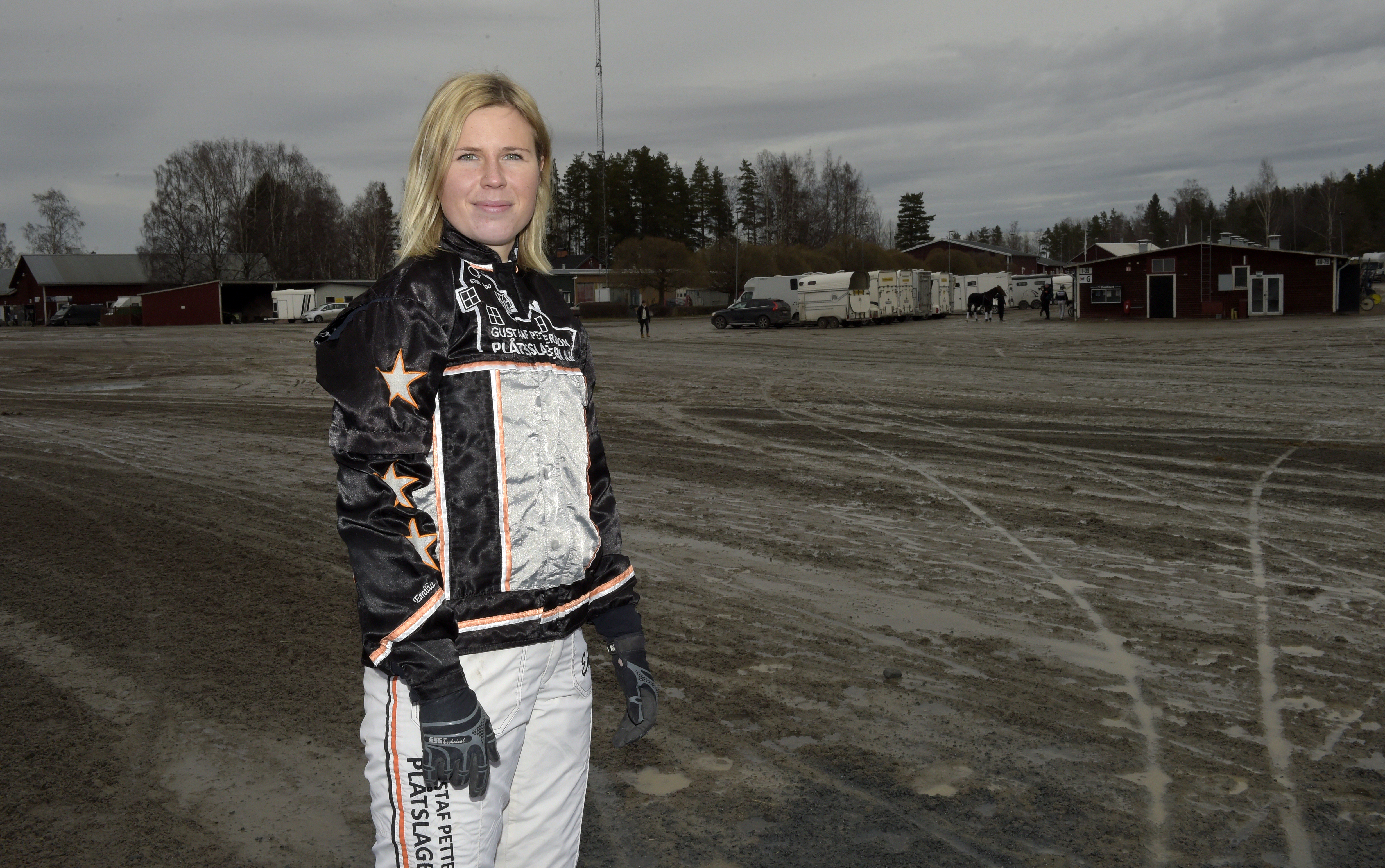 Easter party with V75® four days in a row from Thursday to Sunday. The V75 Spring Race crescendo comes on Sunday, when Romme as usual servs the Easter Sunday dishes.
Emilia Leo is one of the trainers at the hosting track and she contributes with two starters, in the first two legs.
In Class 1 we get to see 1 No Doubt (V75-1). The new five-year-old gelding has a good track record with wins in almost half of his starts and he made it to an E3 final as a three-year-old.
Last time out, at a snowy Gävle, No Doubt returned after three months off and came up with an impressive effort right off the layoff to win by six lengths despite a tough trip first up.
"I hope he has come out of that race well and that he will be even better this time. I hadn't trained him any faster trips at all before his most recent start, so he should be better this week" says Emilia in the podcast 'V75 – Lördag hela veckan'.

Drew post position five in volt start
The quick-footed No Doubt races over the short distance, but this time in volt start. He has to start from post position five together with his trainer in the sulky.
"I would have preferred post one over post five obviously, but I am happy we get to start from the first tier. Much better than starting from the second tier. He is pretty safe in volt start so I will get the chance to send him out of there so we can get a good start".

Has two starts in her legs
When we turn the page in the program, we find the next starter from the Leo stable. The four-year-old mare 2 Beawinner (V75-2) has made two starts so far this year. Last time she won after having gotten to the lead, despite starting from post position four in volt start.
"She races without overcheck and gets a bit angry when you grab into her, but she usually gets away trotting anyway and after that there's no problem. Now she drew post position two and I think that's OK, it could have been worse too" says Emilia Leo.
Last time out, Beawinner raced barefoot behind but this time she is entered barefoot all around to this leg of Diamantstoet. Which balance does she race best with?
"I don't think there is a big difference, but I still think she should be a little bit quicker barefoot, she has won both barefoot and with shoes behind. The most important thing is that she can go without fronts shoes, so she doesn't hit her elbows".

Had a lot of horse left
With two starts in her legs, Beawinner is getting close to top form. In her last start she was not tired as she crossed the finish line and the trainer expects a good effort again.
"I hope she will be really good. She has gotten two starts in her legs now. Her last start doesn't say much about her form, it wasn't a very tough race and she didn't have to go all that fast but she won very easily and the most important thing was to get another start into her. Magnus A Djuse was pleased and said that he had a lot of horse left at the finish line. With these starts in her legs I think she should be in decent form at least".
Which of your two starters would you say has the best chance of winning?
"I think that No Doubt is the one with a bit better form, considering the way he raced in his last start without having trained any faster heats prior. If you look at his history, he usually races well twice after a break, before he needs a rest again so I hope he sticks to that record".