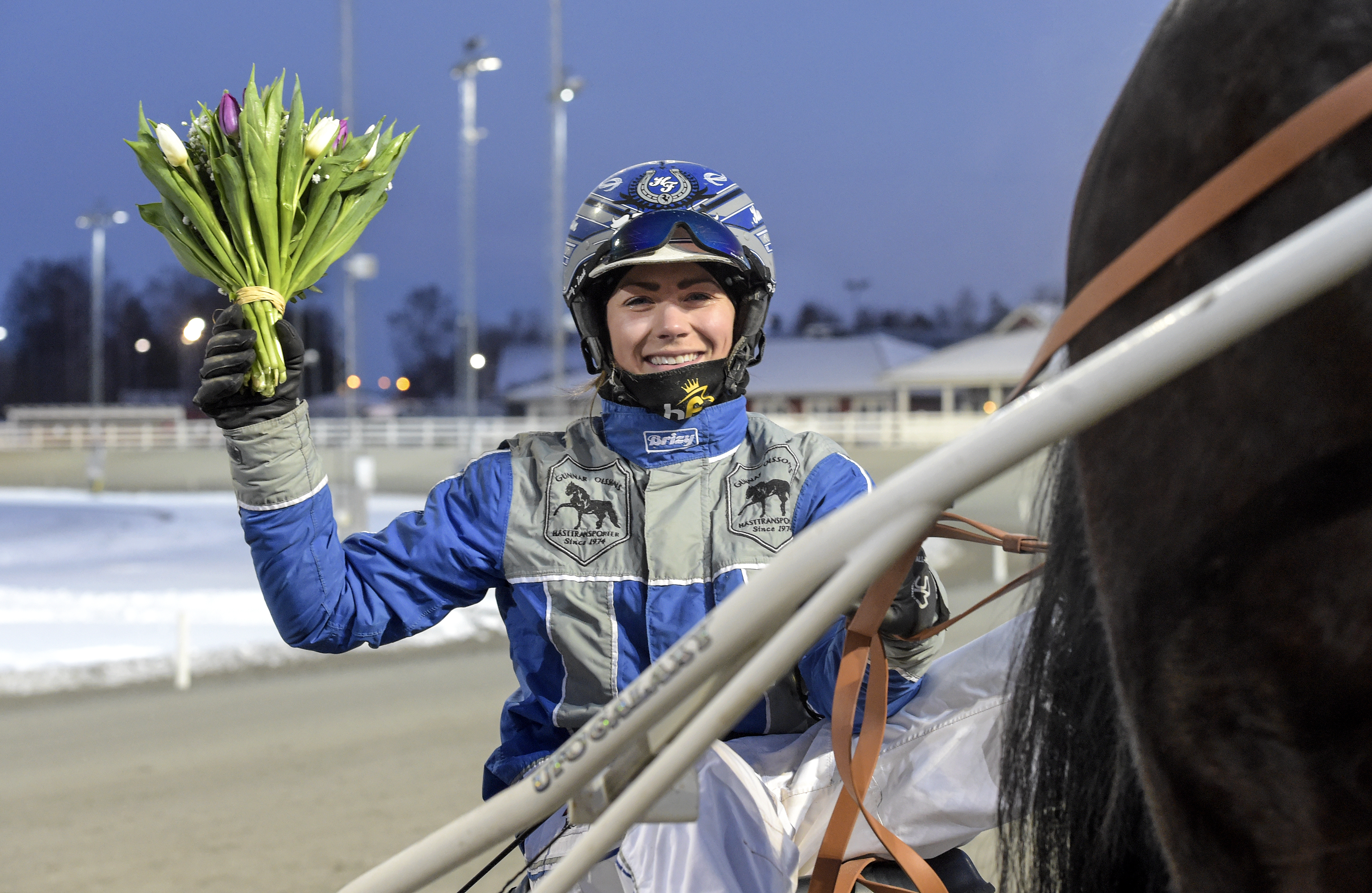 The Easter weekend's Spring Race with V75® four days in a row starts at Gävle on Maundy Thursday.
The new professional trainer Hanna Forslin has two very interesting starters there.
"Both are in good form and it will be exciting" she says.

When a horse has finished outside the money in its last start, it usually doesn't make you run to the window. But 3 Sweet And Wild (V75-4) raced very well despite not making any money in her last start. After a break in the start, she trotted at 1:13-speed for 2,000 meters.
"She lost a lot of ground and raced really great after that. That's her best effort since she came to me" says Hanna Forslin.
That was the five year old mare's fourth start for the Hagmyren licensed trainer, who got her professional trainer's license at the start of this year. The previous starts have resulted in two second places and a third place finish and now it looks like the mare is in top form.
"She feels awesome right now but last time out I had to grab into her just a bit in the start and she couldn't handle that. But she felt great barefoot and showed that she is in top form".
This time Sweet And Wild starts in a volt start race for the first time since coming to Hanna Forslin, but that doesn't worry the trainer much.
"Post position three is good and I hope and think it will go just fine" says Hanna.
Just like in her last start, Sweet And Wild will race barefoot and there is also an interesting equipment change for this start.
"She will race with a pull-down-bridle. That's new for her. I tried it in training and it went well. I stayed in the cart" says Forslin, laughing.
It sounds like Sweet And Wild is very interesting for the bettors?
"I wouldn't swap horses with anyone in the race, I can tell you that much. Then we will see how good she is. But if she can trot 1:13-speed for 2,000 meters, then she should be able to go pretty fast over 1,600 meters I think".

Could surprise with the right trip
9 Iceland Radio (V75-6) finished eighth in her last start but despite the result, she also showed very good form. She raced one class up, in the silver division, made a break in the first turn and came back strongly and was actually locked in as she crossed the finish line.
"She too was very good after an early break in her last outing and she actually wasn't tired as she crossed the finish line. She feels very good and fresh after that start and and now she will race barefoot for the first time for me. It's hard for me say how much that will do for her but she raced barefoot a lot for her previous trainer so that should be her best balance. But since she was pacey last time, I think I will put a pair of bell boots on her upfront. Psychological bell boots, for the driver" Forslin says, laughing again.
This time Iceland Falls races only against mares, but her post position – post one in volt start, with a 20 meter handicap – is not what Forslin would have picked if it was up to her.
"It's a pretty tricky post position and not exactly what I wished for. But we have to hope we can get out somewhere. Then she will be dangerous!".

Good post position and can leave fast
Hanna Forslin also races on V75 on Sunday as Spring Race culminates in a multi jackpot at Romme. In the silver division she sends out 4 Xanthis Coktail (V75-7), who in his last start finished second in the same race where Iceland Radio was locked in.
"He is also in good form. This time there are a couple of monsters in the race, but behind them he's no worse than anyone else. He has a good post position and can leave fast, so he should get a good trip. He races as usual with shoes, in an American sulky and with a pull-down bridle.