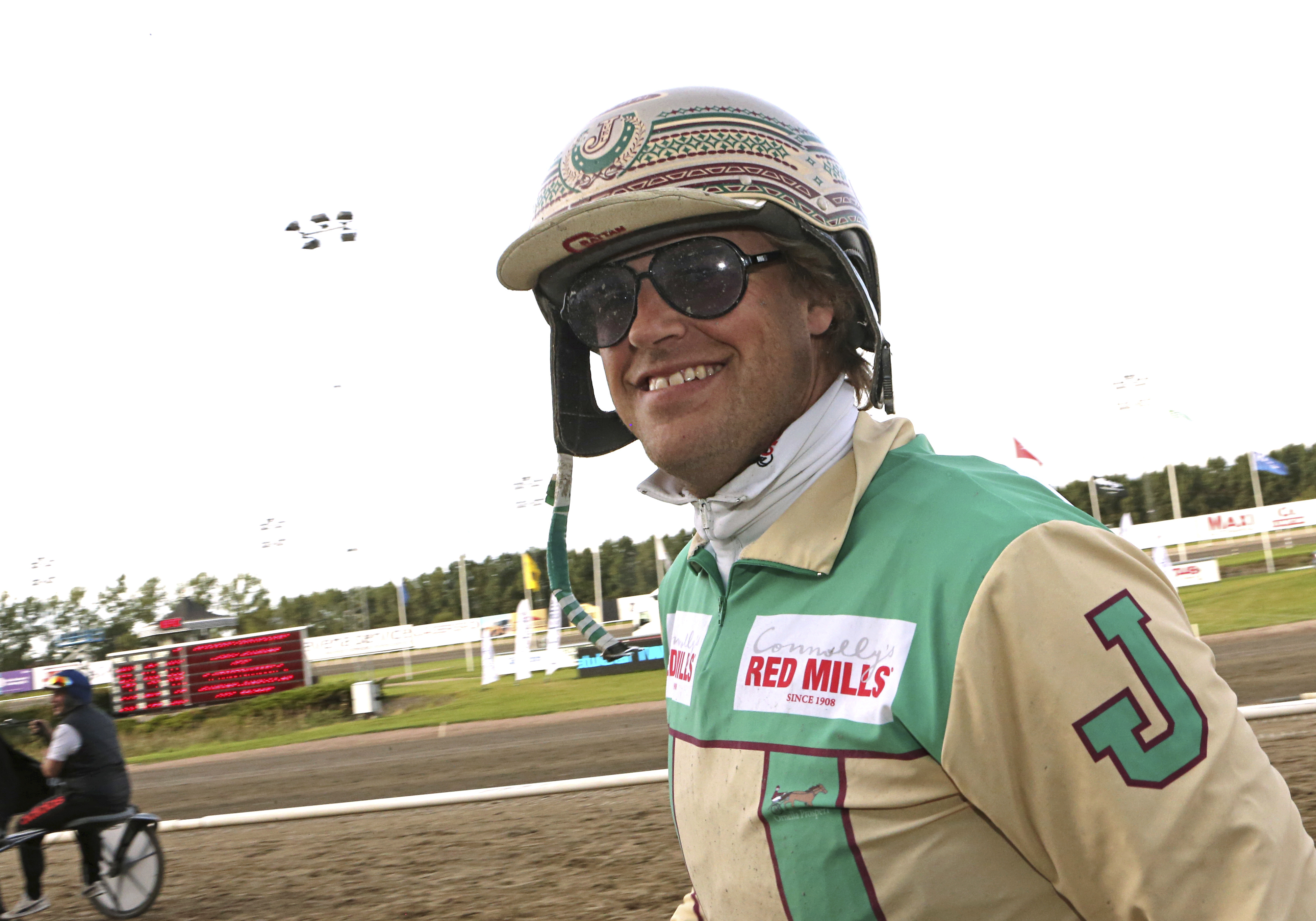 V75® (Sunday): Garfield the one to give Juel his longed for Derby win

Jeppe Juel has won everything there is to win in Denmark. Well, except for the Derby then.
On Sunday, he has a great chance to get his much coveted victory. Garfield has been the indisputable king of the crop so far.
"He still hasn't maxed out yet, neither in training nor in a race, he is a very special horse".

An extra V75 card spices up the last Sunday in August.
It comes from the Danish capital track, Charlottenlund. In Copenhagen, it is time for the Danish Trotting Derby, the biggest race of the year for the Danish four-year-olds.
And there is no doubt as to who the big favorite is.
The SJ's Caviar son 4 Garfield (V75-6) has so far bulldozed over his opponents in the Danish four-year-old stakes. In 15 career starts, he has 13 wins. So far, his biggest victory came when he won the Kriterium last year. Now, Jeppe Juel's mega talented trotter has reached his big goal.
"Everything is well with Garfield, going into the Derby. He is ready. This has been my goal with this horse, since the day he was born. He hasn't done anything wrong, so far. When he made a break in Aarhus, I made a driving mistake and he didn't like that, that was my fault and not the horse's" says Jeppe Juel and means when the horse jumped it off as the mega favorite in Jydsk 4 Year Old Grand Prix, two starts ago.

Has been twenty meters better than the rest of the crop
Last time out, Garfield was back to his winning ways. The win in the Derby elimination was a blowout, where he jogged after having gotten to the lead early.
"He felt extremely good and he still hasn't maxed out yet, neither in training nor in a race. He really is a special horse".
What makes him so special?
"Most of all, he is very smart. He does exactly what he needs to do, he's a rewarding horse to drive. I guess he is like driving a car".
So Garfield is the justified favorite on Wednesday?
"Of course, a Derby is a Derby and the others also have nice horses who are in top form for this race, but I have a lot of faith in my horse. As long as nothing unfortunate happens, I think he is simply the best. Garfield has been twenty meters better than the other four-year-olds all along. But every race has to be raced, you can't just come out with a horse who performs at 80 percent and think that you can win, he has to be in top form".
You have post four behind the gate. What are your tactical thoughts for the final?
"I have deliberately stayed out of trouble with him so far, I don't want to take any risks with him and I will do the same on Sunday, then we will see where we end up. Of course, I would like to avoid racing him first up, but at the same time if someone decides to park me, their horse won't win..."

The Derby - the big win missing
47-year-old Jeppe Juel is one of Denmark's most known and most succesful trainers and drivers. He has already won most of the big races in his home country.
The Aalborg-licensed trainer has also been named driver of the year three times and taken home the Danish training title twice.
One win is missing, though. Maybe the most prestogious of them all. So far it has all been unlucky bounces for Juel in the Danish Derby. In 2010, he finished second with Open and in 2013 he was second and third with Scirocco Sisa and Stelton, and in 2018 he was once again second, that time with Cool Shadow.
Is Garfield the horse to give you that Derby win?
"The Derby is the only win missing for me. I have managed to win all the other big races here in Denmark but never the Derby, despite many second places. I am missing a win in this race and of course, it would be very special to be able to get it done with this horse".

A potential challenger - from the same stable
As a matter of fact, Garfield is not the only Derby horse from the Juel stable. The stable also has a challenger. The very qualified driver Birger Jörgensen (who has won the Derby twice as a driver) drives 6 Galliano Peak (V75-6) who also comes off an impressive elimination win.
"Galliano Peak is very nice. I had him too optimized for his start at Jägersro, so unfortunately he made a break at the end but he showed good form already there. We went back to shoes upfront and a regular style sulky on him, which makes him safer late in the race and he was very good in his elimination".
And Galliano Peak can leave very fast?
"The plan is to get him to the lead early and hopefully get a good trip. Comparing him to Garfield wouldn't be fair. But he develops continiously and if he gets to the lead and can get a good trip, he could finish top three".

Aiming towards the Swedish Kriterium eliminations
The Jeppe Juel stable has two more V75 starters at Charlottenlund this Derby Sunday. 7 Enzo (V75-1) did not have any luck in the draw, but the interesting three-year-old 2 Hilton (V75-4) could be a fun horse to bet in the Walther Kaiser-Hansen Memorial. He has raced in tough races in Sweden.
"Enzo lost the draw and it's not realistic to hope for more than a check this time".
"Hilton is a very good horse, who I deliberatley have driven conservatively but he has started to trot fast. He is quick in the start and should get a nice trip here. He should finish top three and and I think he has a chance to win too. Like I said, I have driven him conservatively and my hope is that he will race in the eliminations to the Swedish Kriterium after this start. so he needs to be ready for that".