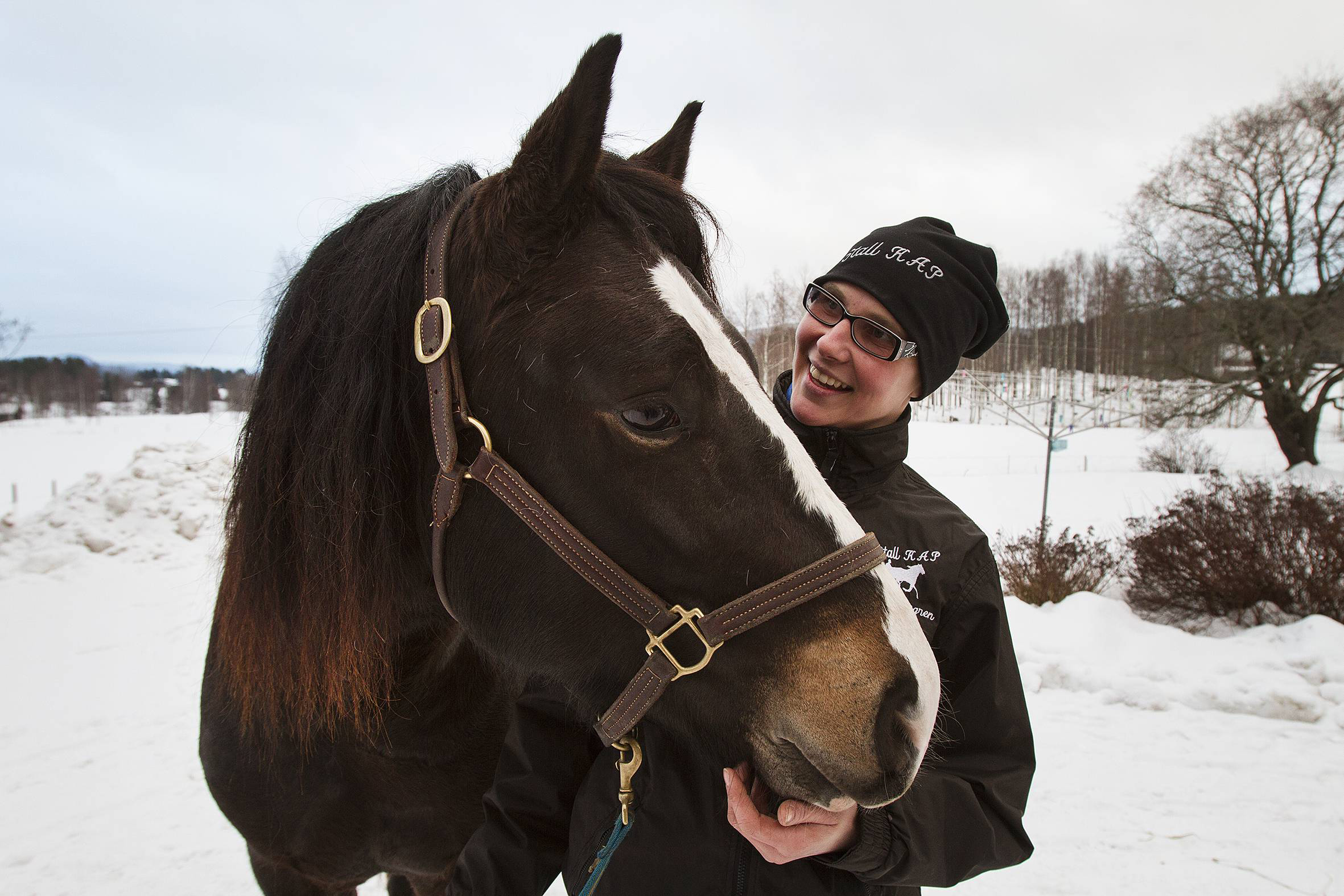 Annelie Lagergren will make a try to qualify for the coldblood races in Paris.
In the Sunday V75® at Bollnäs her Björs Frej is a hot bid for the win in the race where four tickets to Paris late February are handed out.
"He's very curious this horse and he barely had time to eat last time we were down there".

This year is the 17th year that the French trotting association invites the coldbloods from Sweden, Norway and Finland for two races at Vincennes.
Bollnäs is hosting V75® this Sunday - one of this year's extra cards of the highest level of trot races. V75-2 is the coldblood race where four tickets to France will be determined.
It could be the second consecutive year that eight year old Björs Frej will represent Sweden. Last year he won this race in Bollnäs. In Paris he finished sixth in the first race and made a break and was disqualified in the second race.
"It was a fantastic trip for us trainers and owners and a great setup. Björs Frej liked it there but the trip was hard on him. He's very curious and he doesn't want to miss anything going on so he didn't have time to eat at all times or to get settled in" says Annelie Lagergren, a full time amateur with her license at Bollnäs.

"Drivers have been happy"
Her father is Per-Gunnar Persson, a ten years older brother to the dominant coldblood trainer Jan-Olov Persson. Per-Gunnar takes care of the breeding, while Anneli trains the horses.
Björs Frej finished off last year with two wins during the fall and a third place at Romme in December after a late rally.
This eight year old will be one of the most bet horses in this race (V75-2) and the people around him has decided on making another try for France.
"We've been thinking back and forth about what to do and decided to try France one more time and see how it goes. The drivers have been happy with him and he's raced well.
The trailing position is no big deal, he doesn't leave very fast anyway. He has a chance to win but needs some luck from here" says Annelie Lagergren.

A candidate for the elite
SEK 100,000 awaits the winner on Sunday and Björs Frej will surpass SEK 1 million in earning if he wins.
He has one V75 win on his resume, in  Erik Graléns Minne in September 2016, which was also the final of Dubbelcupen.
"We're hoping he can grow in to the highest class. He's not quite there yet, but he could end up there. He's a strong horses and he has finished very strongly in these last starts and I hope his form is intact".

A Persson showed the way
Father Per-Gunnar Persson became historic winning the inaugural coldblood race at Vincennes in 2002 with the horse Lykketinder. He won both races in Paris that year.
This year's races at Vincennes are held Sunday the 18th and Thursday the 22nd of February. The horses finishing top two this Sunday at Bollnäs will be invited, together with the two highest seeds of the horses whose owners showed interest.