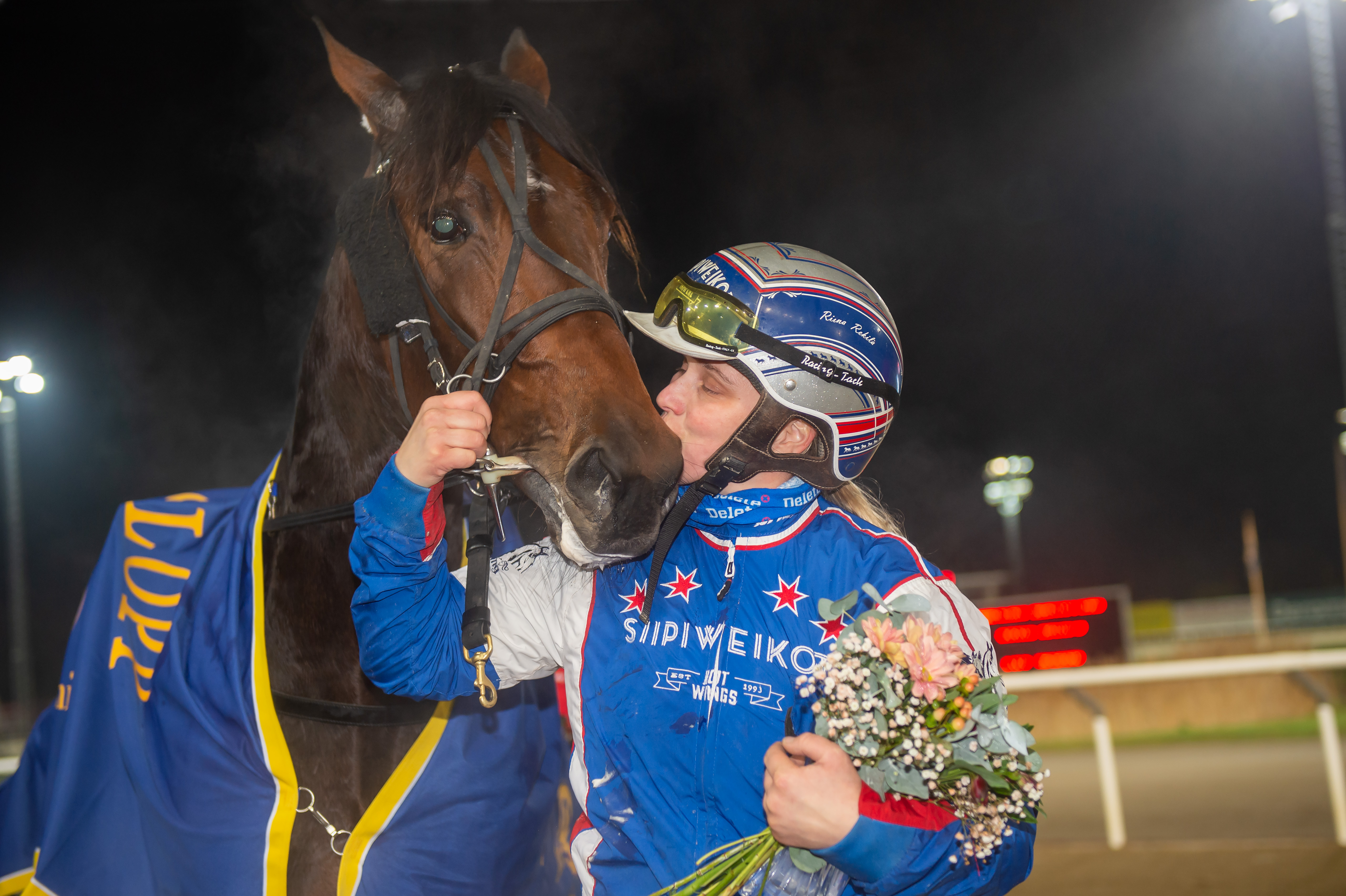 V75®: The super talent who has been very impressive – "A fantastic horse"

He has been in a class of his own at each of the wins and has been very impressive.
Tetrick Wania is no ordinary horse and he comes out as the mega favorite in Svensk Uppfödningslöpning on Saturday.
"He is a fantastic horse who has won without being tired every time. He feels strong and good in training" says Riina Rekilä who recently sold the super talent to German owners, reportedly for €3 million.

The time has come for the last of Sweden's classical races, Svensk Uppfödningslöpning at Jägersro. The first prize is SEK 700,000 in what counts as the country's oldest classical race. It has been raced since 1926 when Ibrahim Pascha won and since then many big horses have done the same thing in the biggest race for two-year-olds in Sweden. This year there is an extraordinary horse in the field. Tetrick Wania is the name of a two-year-old colt trained and driven by Riina Rekilä. This super talent has been incredibly impressive and he is currently riding a four start long winning streak. He has won Breeders Crown, Svampen and also an elimination to Svensk Uppfödningslöpning all in splendid isolation. In his most recent start he jogged 1:12.8 over 1,640 meters and looked like he was out on a walk in the park. He did it after having advanced to the front with a lap to go and he was only a tenth of a second from the stakes record.
"He was not tired but I didn't want to go faster since he had traveled so far. I was actually surprised that he was that good, since he was a bit tired after the long trip there. I also wanted to save some for the final" says Riina Rekilä.

"Good that he doesn't have to travel now - feels better and more alert in training"
When we reach the Finnish trainer on Monday afternoon she is at a small farm not far from Jägersro. Tetrick Wania has remained in the Malmö area after the elimination, awaiting the final on Saturday.
"It's good for the horse that he doesn't have to travel so far back and forth. I trained him slowly today and he felt good and strong. He is more alert now than before his last start when he was a bit tired after that long trip. I think he feels better overall now".
"He's a fantastic horse who does it so easily. He has a big engine and he covers a lot of ground. He is an elegant horse who is easy to train and who loves to work. An incredible talent" says Riina.

Bought him back at the Lexington sale
Riina Rekilä is a trainer, breeder and veterinarian based at a farm outside Tammerfors, Finland. She has been a professional trainer there for two years now. She has trained horses both in the USA and also in Canada, where she lived for nine years. Riina breeds four or five horses every year and she tried to sell Tetrick Wania at the Lexington Selected sale last year. But there wasn't enough interest for the very well-bred (Muscle Hill - Random Destiny) colt, despite him being a half brother to Walner who was the two-year-old of the year in 2016 and is a very sought after stallion.
"I tried to sell him in the USA but I bought him back. I am happy that I got to train such a nice horse" says Riina.

Did not start training until March this year
Considering how easily Tetrick Wania has won his last four starts, one might wonder how he managed to lose his first two career starts.
"In his first career start he was too lazy and in his second start he made a break. Other than that, I felt early that he was a very nice horse. He was special from the beginning and we started training him late".
"When he didn't get sold at the sale, he was shipped to a farm where he was just turned out for a couple of months. He was already broke to the cart and had jogged for a month before the sale, but since my friend doesn't train horses he was just turned out there. I wasn't sure what to do with him but then we went back home and I actually didn't start training him until March this year" says Riina Rekilä.

Sold to Germany - but could remain in training
An extraordinary horse like this of course attracts a lot of interest from possible buyers. Last week it was announced that Riina Rekilä had sold the horse. The price was reported to be €3 million. The person who purchased the colt is the big German owner Karin Walter-Mommert and she has said that the German trainer Michael Nimczyk will train and drive the horse in the future. But in the final on Saturday, Riina Rekilä will drive the horse and there have been reports saying that the colt might even stay in her training.
"He might come home with me to train over the winter. But I am so busy myself that I don't even know how that would work. The new owner has a German trainer who is supposed to train and drive the horse. I don't really know any more than that right now, if the horse comes home with us or if he goes to Germany after the Saturday start".
"Of course I have feelings now that he is sold and will be leaving us. But I breed horses to sell and I can't keep all of them. I have had several people interested in buying him and when I received such a good offer, I simply couldn't say no. Now I get to follow him as a breeder and I am happy to have bred and developed such a nice horse".
What is your feeling going into the final of Svensk Uppfödningslöpning with post position two behind the starting gate?
"If he is as good as he has been earlier he should have a very good chance to win. But every race has to be raced and there are other good horses in the field. But I am very pleased with him and I am not making any changes" says Riina Rekilä.