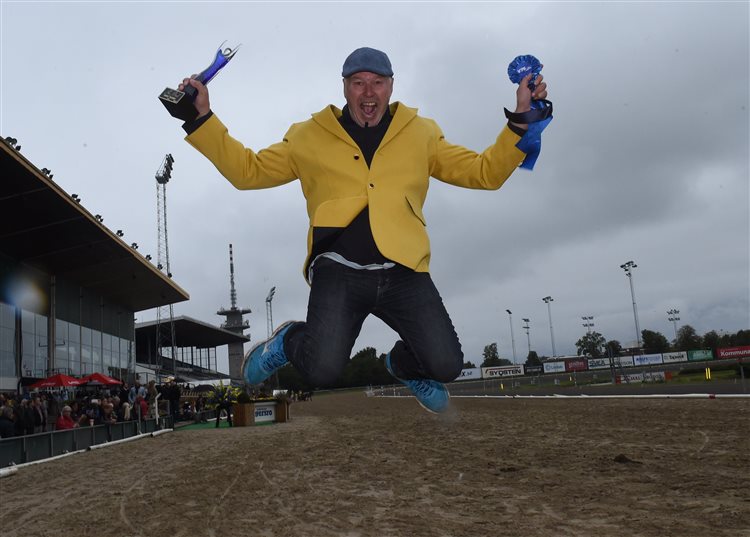 He is second in the V75® rankings for trainers with 33 wins on the year.
During the V75 finals on Boxing Day, Timo Nurmos hopes for several Christmas presents for himself and the punters.
"I have several horses that can win but the best chance is Eelis," says Nurmos.

The Solvalla trainer has had a great year with 166 wins to the stable and SEK 22.2 million.
And that was before his big star Readly Express won at Vincennes on Christmas Eve and qualified for the Prix d’Amerique.
The victory rate for the stable is an impressive 27 percent and Nurmos 33 wins on V75® this year puts him three behind Robert Bergh.
Boxing Day could be the last chance to go for the crown and Nurmos has several interesting chances.

“In great shape”
This is what Nurmos has to say about his V75 finalists.
- Evin Boko (V75-1) is a useful mare that didn’t like the track conditions last time out. She needs a harder track to get the right grip. Now it's a month since the start, but she has been training all the time and feels nice. The post is bad against good horses, but I still don’t think the race is completely out of her reach. She can leave well and now she gets shoes around, " said Timo Nurmos.
- Eelis (V75-2) is a very nice three-year-old and I felt early that he is better than a regular horse. He has done everything right and was good when he won the V75. He also won last time out but still was not at his best that day and the course did not fit either. The horse has been training well afterwards and I can say that he is in great shape. He's quick from the gate and the post is good. I think he is my best chance on the V75. Possibly, we change from a semi blind to a blind bridle.
- Global Trust (V75-4) has developed a lot this year and did a very amazing race last time. It was strong to be able to win after the tough opening and he fought very well. He has shown before he is a very good horse and has won the V75 from the position outside the leader. The horse is still feeling fine and should be a factor despite starting in second tier. As good as he has been, he is obviously one of those who can win.

"Of course he has the chance to win again"
- Zenit Brick (V75-6). I have always known that he is a very good horse and this year he has developed further and got his breakthrough. He has impressed and won the V75 from the outside last time, and I said early that the horse will win several races in the gold division this winter. Now he won in gold on Saturday and despite the fact that he went first over there was a lot of power left and Björn was very pleased with him. Since it has only been a few days since that race when we talk now, he has not yet done any work and just received a massage and looks very nice and has taken the race perfectly. Of course, he has the chance to win again, but the inside post is not optimal as he is not that fast from the gate. But there is nothing wrong with getting an inside trip once in a while either. If he gets racing room he has chance to win again. No changes, says Timo Nurmos.