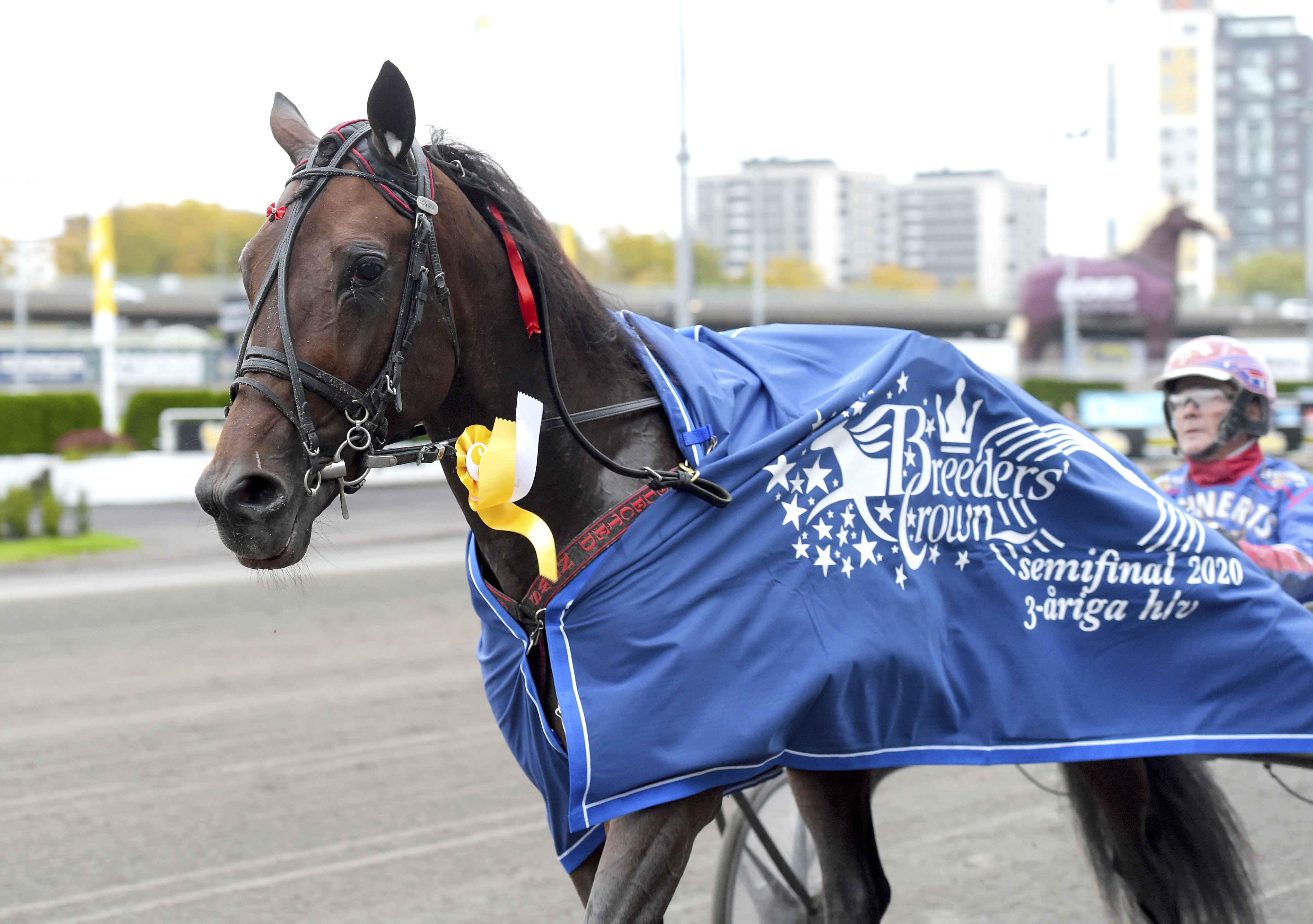 V75® (Tuesday): Time to shine in the Derby eliminations

As soon as there has been something big going on, things just haven't worked out for Selected News - one of the most promising horses that Hans-Owe Sundberg has ever trained.
On Tuesday night we will get the answer wether the Solvalla licensed trainer had any luck in the eliminations to Swedish Trotting Derby.
"Let's hope he has some luck this time - he deservs to be in a big final".

On Tuesday night the battle is on for the four year olds trotters at Jägersro racetrack in Malmö as the time has come for this year's eliminations to the Swedish Trotting Derby as well as the Mares Derby.
68 horses and geldings divided into six eliminations — all six included on V75®, where one of the eliminations to the Mares Derby also fits in.
There is a lot at stake for the owner Stall Mälarturf in the seventh race, V75-3 at Jägersro, where finishing top two would mean that Selected News moves on to the Derby final.
Trainer Hans-Owe Sundberg,71, celebrated 1,000 training wins this past summer (he has over 2,300 driving wins!). The win percentage has always been high in his stable, which he says he keeps at a managable number.
Today, 21 horses is a managable number at the farm in Nykvarn, around 50 kilometers west of Stockholm. But with such a small stable, things have to go right in the bigger stake races.
A third place finish in the Breeders Crown final last year in Eskilstuna tops the CV so far for the Selected News, a son of Maharajah .
"We're of course grateful for that but as many of you have seen, he hasn't had the right luck in the bigger races" says Sundberg, who takes a a seat himself in the sulky on Tuesday night.

Not the right luck
There are many examples of bad luck throughout Selected News' racing career.
Going into the E3 final at Bergsåker last year, the horse got sick and had to be scratched. In his Kriterium elimination he was locked in and climbed all over the leader's back and didn't make the final.
In April this year he made a break in his King's Trophy elimination.
Selected News is a strong and honest horse who should have a lot more on his bank account than the SEK 1.9 million he has earned so far in 19 starts.

Faces the runner-up from last year's Kriterium
Going into the Derby eliminations, Hans-Owe Sundberg's horse got the tenth seed and in his elimination he faces last year's Kriteium runner-up San Moteur — seeded third —who only has one start in his legs this year.
Selected News drew immidiately inside of San Moteur, post position one.
"He also started from post one in his Kriterium elimination where Torbjörn Jansson was very close to holding out Hell Bent For Am in the start. He just squeezed by us into the turn and then my horse got locked in and never got the chance. So he has shown that he can leave pretty well from post position one. If he just relaxes I think he can leave pretty well" says Hans-Owe Sundberg.

Was pulling in the race
He sounds uncertain when talking about his horse's current form.
In Eskilstunas Fyraårstest, his most recent start, the horse wasn't his normal self.
"He was too sharp and was pulling hard throughout the race. He never does that. He's usually at the other side of that spectrum. So I didn't really know how he was doing, after that race" he says.
In training lately that good feeling has come back to Hans-Owe. The Derby feeling. Because this year's big goal has always been to make the Derby final and Tuesday night is the time to shine.
"In training my horse feels just as good as he did last year when he was at his best. But I still don't know if he is in top form, considering his most recent start. He has been more relaxed in training now for a while so I hope he is back to his normal self again. When he is, he always races well. I have not decided on the shoeing just yet, but he will not race barefoot all around. Possibly without shoes behind" says Hans-Owe Sundberg.
Krossed Out, Scarelts Aino and Charlua Forlan are some of the best horses you have trained over the years. Do you put Selected News in that same category?
"Well, he is only four years old now and we hope that he will continue to do well on the track. But there's no doubt that he has the potential of being one of the better horses I have trained" says the Solvalla licensed trainer.
Luck and bad luck don't always even out and after Tuesday night there aren't that many chances left for the four year olds in Sweden.