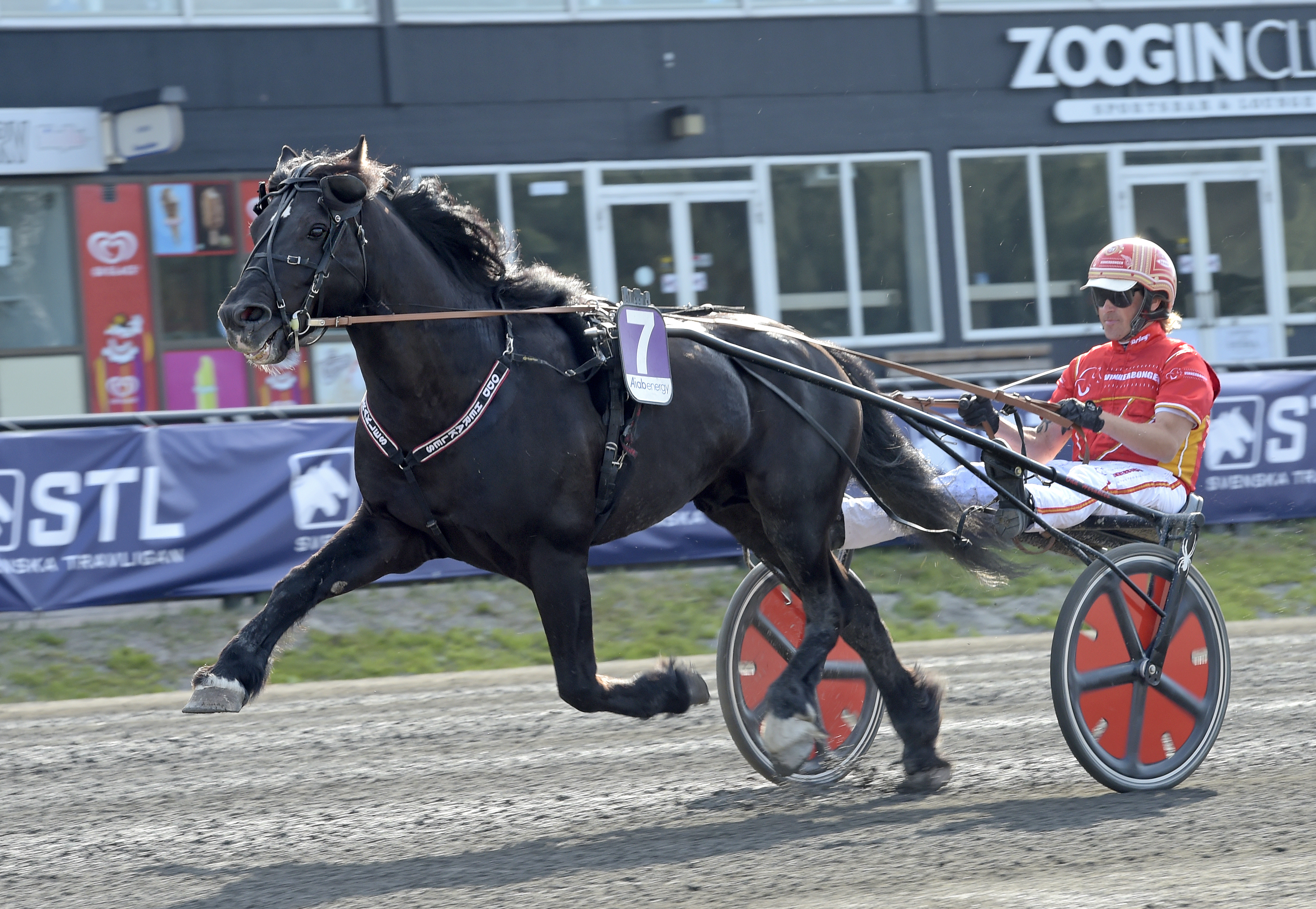 The best coldblooded trotter in the world Odd Herakles makes his first start for his new trainer on Saturday.
The Norwegian phenomenon is chasing his 21st consecutive win when V75 comes to Bergsåker.
"I think he wins again. He has already acclimatized well and he feels magical" says the Bollnäs licensed trainer Fredrik Fransson.

The Fransson family is expecting hectic days ahead. There are six breeding stallions on their farm and the breeding season is just starting up.
"It's very stimulating. We already have 300 mares booked, which is what we had in May last year so I think we will surpass the 360 mares covered from last year".
One of the stallions stabled on the farm is the winning machine Odd Herakles. The Norwegian super trotter has won 20 consecutive starts and will combine breeding and racing this season.
"It's fanatstic to have the best coldblooded trotter in the world here on the farm and we also have the fastest harness horse in all of Europe stabled here, the pacing stallion Hayden Hanover. Odd Herakles is here to work as a stallion first and foremost and his book is full and closed at 70 mares. We even have a waiting list of mares and he will also breed 25 mares from Norway unless the pandemic gets in the way of that".

Will stay until August
Moving a horse of Odd Herakles' caliber is very unusual.
"I have a hard time believeing that it has ever happened before, but there is a reason. I met owners Odd Paulsen and Linda Cathrine Kvernenes three years ago. We were talking breeding and agreed that we would stand Odd Herakles here at our farm once he would start breeding. The plan then was that he would retire from racing in 2018" says Fransson.
That didn't happen and the rest is history.
"The horse started winning and he has progressed a lot ever since. We have kept in touch and we decided that Odd Herakles would come here in 2021 and I'm very grateful that the owners were true to their word the entire time".
The fact that breeding might affect his racing results is nothing they worry about.
"No, we have the exact same training schedule as the horse has had before and he has only been here little over a week and he has settled in nicely. We have a well thought out plan and that is that he will race on Saturday, in Elitkampen at Solvalla and in the big Finnish race Nordin King in Hermes, Finland. After that he will return home to Norway once the breeding season is over".

"Feels magical"
Odd Herakles (V75-3) will be the huge favorite on Saturday, but Fransson doesn't feel any pressure.
"No I don't. I've done my job and made sure that his book is full and closed as a stallion. It's fantastic to be given the trust to to manage such a horse and it couldn't be much easier, he's a very uncomplicated horse and to get to race him is a nice bonus".
How does he feel in training?
"He feels magical. I've mostly jogged him in the woods so that he would get to know his surroundings but last Saturday I trained him on the straight track. It was quite an experience to get to train him".
Do you think he will extend his winning streak?
"I definitely do. He drew well and he is quick behind the gate and I can't see how anyone would take the lead away from him. He will race with shoes, but he has done so before and there's only a marginal difference. I have singled him in the 'V75 Expert Pick' and I feel comfortable with that”.