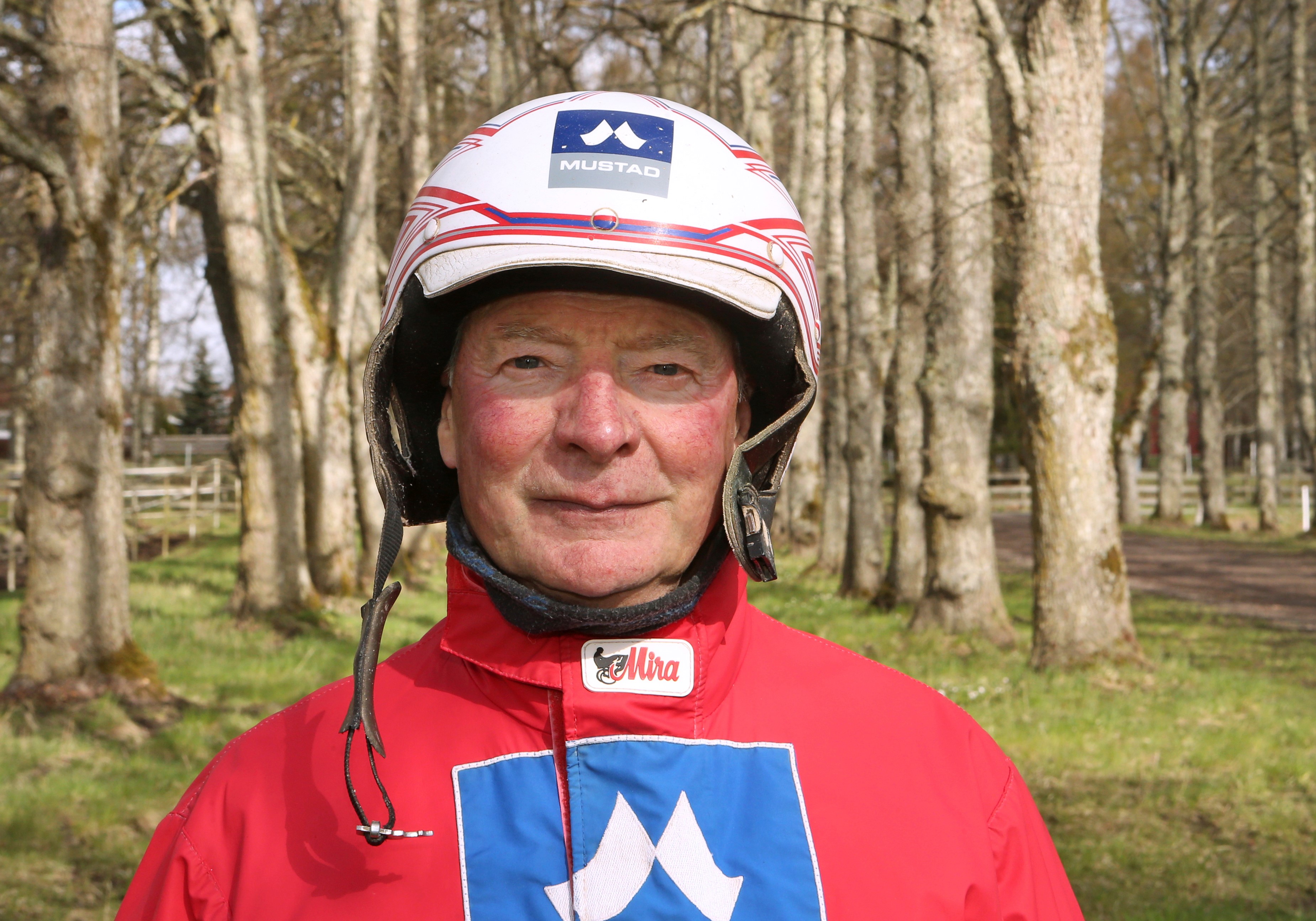 V75® (Wednesday): Can Ole give Hans-Owe a nice Christmas gift?

Just like Santa Claus, Hans-Owe Sundberg is dressed in red and white. But the night before Christmas Eve, the experienced trainer and driver is hiring catch driver Rikard N Skoglund and chooses to watch from the side as five year old Ole is racing on V75® at Mantorp.
"Condition-wise I couldn't have found a better race" says the Solvalla licensed trainer when talking about the first day of V75 Winter Burst®.

5 Ole (V75-2) begun his racing career last year as a four year old in the care of owner Göran Zettergren, where he made five winless appearances and made SEK 54,000.
The owner then reached out to trainer Hans-Owe Sundberg and asked him to train the son of Jocose, for whom he made his first start on April 22 and finished second before winning his next start at Mantorp. He also tried racing in two STL races - at Solvalla on June 17 and at Visby on July 8 - with limited success that gave him a fifth place finish as his best result.
"He was fighting an infection that made him sidelined for almost three months" says the Solvalla trainer.
In his return he finished outside the money at Mantorp and in the start after he finsihed seventh at Solvalla where he started with a 20 meter handicap. After having made those two starts he has now showed improvement when winning two consecutive starts. He first won parked outside the leader for Rikard N Skoglund at Gävle and in his last start Tomas Pettersson drove him to victory at Romme after a strong finish coming from fourth over.
"He was freaky good at Gävle when he held off the opponents towards the end. In his last start he raced from behind and showed that he handles that too".
He has started from the second tier in his last four starts, but this time he has post position five behind the gate over 1,640 meters. What are your thoughts on that?
"He has shown that he can leave fast but the tactics are up to driver Rikard N Skoglund. He can race from any position.
Any news when it comes to equipment?
"No, he will race the same way he has lately. He will go with shoes, open bridle and a set ear hood. It has worked out well, no reason to change anything".
How do you estimate his chances of winning, the night before Christmas Eve?
"The race is closed at SEK 215,000 lifetime and he has made SEK 212,000 so I coudln't have found a better race condition-wise. I hope he will have a chance, but I also know that there are many good horses in the race. I've looked at the race and many of them have raced well lately".
Before we let you go, Hans-Owe. What do you like best on the Christmas menu?
"I'm definitely not a herring lover. But other than that I like most of it such as the Christmas ham, ribs, meatballs and the Janssons Frestelse" (a Swedish holiday dish, potatoes au gratin with anchovies).
The question is if five year old Ole can give Hans-Owe a nice Christmas gift...