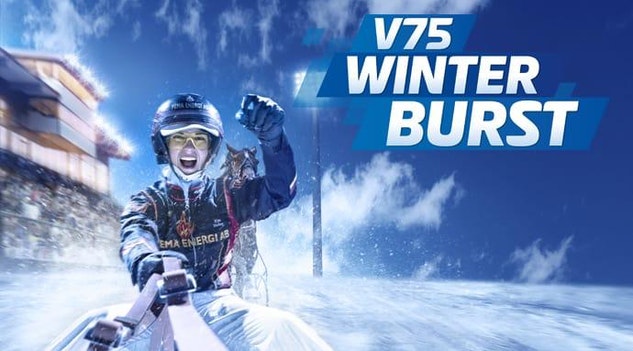 The week around Christmas and New Years is as of six years the V75® Winter Burst week. From Thursday, December 23 to Friday, December 31 there are eight V75® cards in nine days with a big multi jackpot on New Year’s Eve.

It all starts on Thursday as Halmstad arranges the traditional V75 card, the night before Christmas Eve. A card that looks hard to handicap with a lot of focus on Peter Untersteiner, who sends out 15 horses.
There is no racing on Christmas Eve, but on Christmas Day, V75 Winter Burst travels to Umåker who are hosting a card full of open and tricky races.
On Boxing Day it’s time for the V75 finals at Solvalla. In the gold division, Ble du Gers will take on Milligan’s School and others.
It all comes to an end on New Year’s Eve. That’s when all the money that has been accumulated in the multi jackpot since September 25 is being paid out. It could be even more, since the possible jackpot money during V75 Winter Burst also goes into the pool for New Year’s Eve at Axevalla. That is also where the second edition of the race Sylvesterloppet will be held, with over SEK 500,000 to the winner.