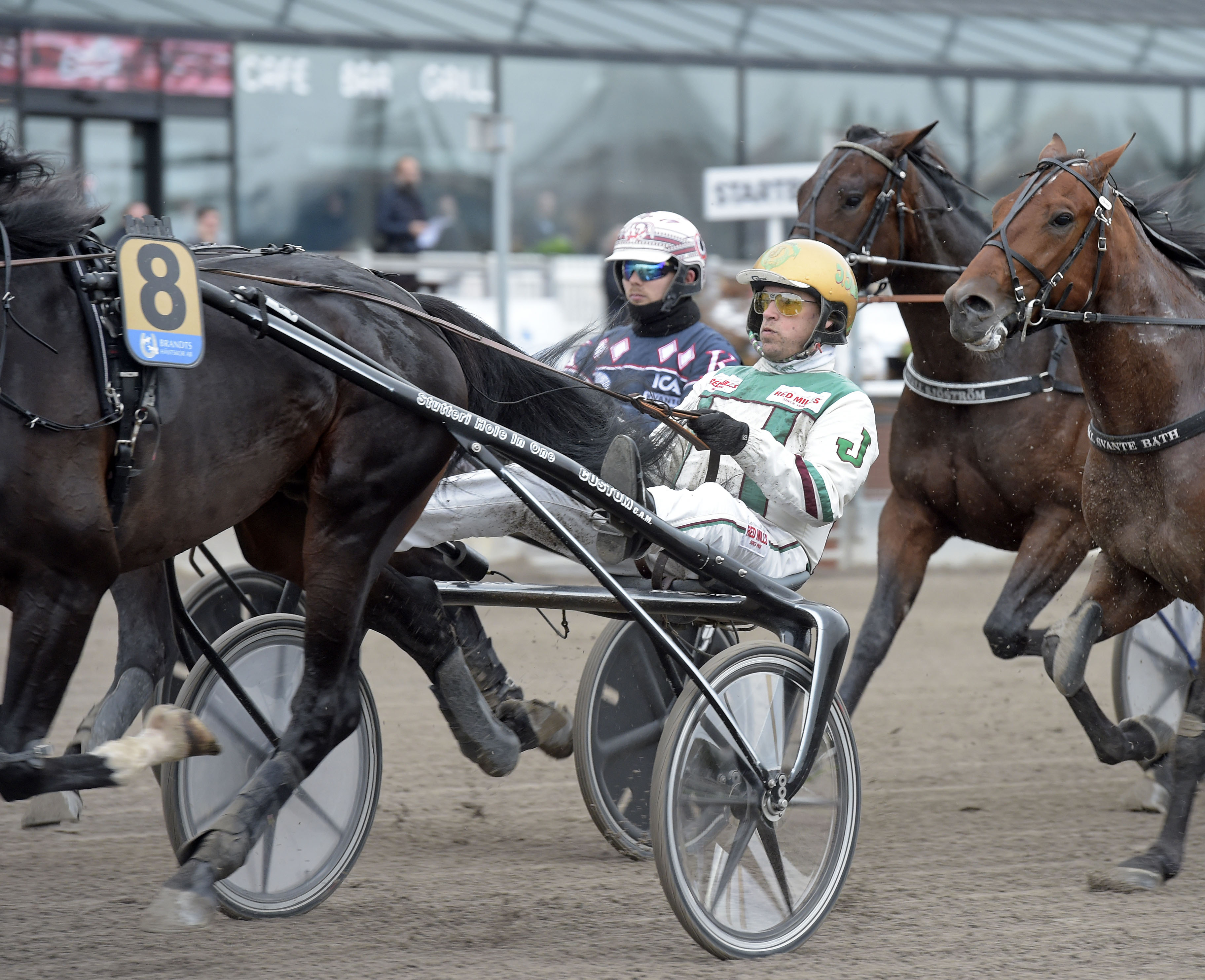 V75® Winter Burst (Tuesday): The usher with an American sulky and blinkers

Seven-year-old gelding Caviar's main task is to keep an eye on the big star of the stable.
But he can trot himself too and his form is on its way up.
The Jeppe Juel stable is optimistic regarding the V75 card at Skive, Denmark on Thursday.
"The short distance is good for him since he is very quick out of the gate and for this start we will try new equipment on him" says the caretaker who is also the girlfriend of trainer Jeppe Juel.

Starting Thursday, December 23, and ending on Friday, December 31 there are eight V75 cards in nine days, all culminating in a multi jackpot card on New Year's Eve.
On Tuesday night V75 goes west, to Denmark and Skive racetrack, one of a few Danish tracks with a passing lane.
The distance in V75-7 is 1,600 meters and we can count on Jeppe Juel leaving hard for the lead from post position four. The seven-year-old gelding Caviar has only made 30 lifetime starts (12 wins), due to several injuries.
The horse's status is more than good though and he is the dark horse of the field in Skive.
"I have taken care of him since he was two years old and I am always hopeful when it comes to Caviar. He has had four suspensory injuries and has done really well coming back from all of them. He has been sound for quite some time now. Of course, he never turned out to be as good as we thought he would when he was three years old, but he is doing very well after all" says Sarah Bäckman, girlfriend of trainer Jeppe Juel.
Garfield best in Denmark
The couple has 35 horses in training. The big star of the stable is Denmark's three-year-old star trotter.
Garfield called it a year this fall after eleven starts. Ten of them were victorious.
The horse was dominant and after winning the Kriterium as the big favorite, he is also the big favorite to win next year's Danish Derby.
"The Derby is the big goal for Garfield next year. Jeppe has never won the Derby so we will go all in for that. I hope he will be able to do it and that nothing happens because he has really shown that he has what it takes. Garfield has been fantastic" says Sarah Bäckman.
Form curve pointing upwards
The only V75 starter from the Jeppe Juel stable on Tuesday is Caviar. Sarah Bäckman is the caretaker and she has hopes for her horse.
"He finished fourth in Ålborg, but he wasn't good on a track which wasn't very good that day. Two starts ago at Charlottenlund he finished second as the betting favorite after having been parked out and also made a break with 500 meters to go, a break due to him just stumbling".
According to caretaker Sarah, the form is pointing upwards. On Tuesday he could make it to the lead early and then the chances are pretty good that he will stay there.
"He is in good form, much better than what you can read in the program. We have even tried entering him to Swedish V75 a couple of times layely but he has gotten in".
So, Jeppe Juel will make a serious try to get the lead with the quick leaving Caviar?
"Caviar can leave very quickly, but so can some of the others too. We will try him with blinkers and in an American sulky - both for the very first time - and we really think those changes will make a difference for him".
Seven-year-old Caviar is sort of the usher at home in the field, we have heard.
"Yes, his main job is to keep an eye on Garfield in the field. Caviar and him get turned out together. Garfield is a younger colt and Caviar makes sure that he behaves and doesn't get to full of himself. Caviar is very good at that" says Sarah Bäckman.