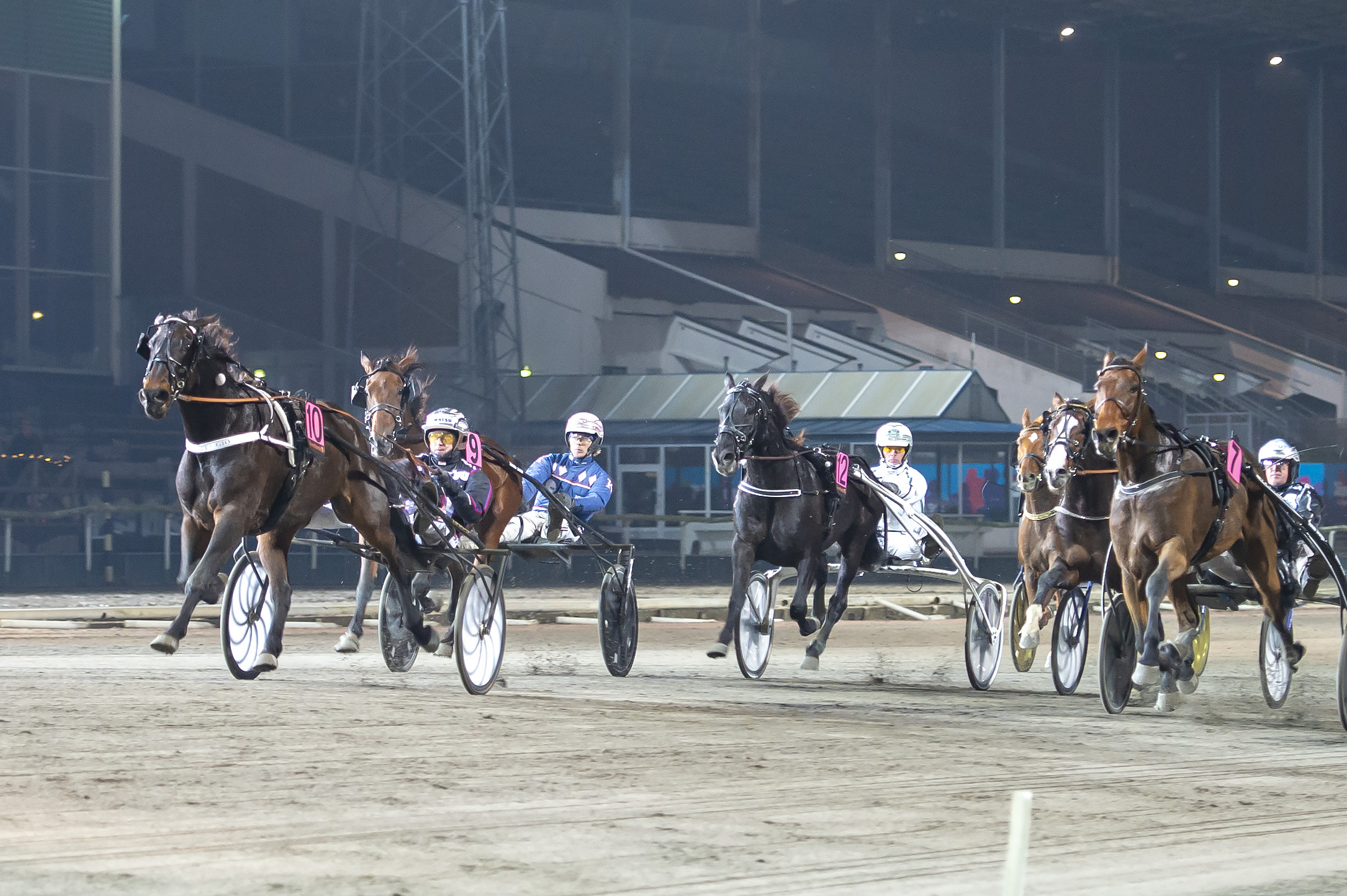 V75/jackpot: Due for a win after heroic efforts

Two starts in a row he has come in second after very tough trips.
Velvet Gio is due for a win and chances are good that it will come in Halmstad on Saturday.
"I think his chances are good" says trainer Magnus Dahlén, who also puts out a warning for two longshots who can get the jackpot millions rolling on V86.

On Saturday the first win of the year could finally come in the gold division on his home track. Velvet Gio (V75-6) is known to be a tough guy who is not afraid to do the hard work himself. He has lived up to that in his last two starts. Two times in a row he has been parked first over, crushed the leader just to see another horse outsprint him down the stretch.
"He's a fantastic horse in every aspect and I've been very pleased with him. But unfortunately he tends to slow up a bit once he has passed the horse in the lead, before he gets going again. He beats the leader but when a horse comes quickly from behind it takes him a second to speed up again" says Magnus Dahlén.
Velvet Gio could get an easier trip this time. From post position three behind the gate he should get a good position, he might even get to the front?
"He's pretty versatile and he can leave quickly if he wants to. From this post position I think we will see an aggressive drive".

Almost a month has gone since his last start. What has Velvet Gio been up to?
"He has trained the entire time and I know him pretty well by now and I know what type of racing schedule he needs. He feels better and better with each training session and we've been able to push him more. We haven't been able to do that before because he wasn't strong enough. But as we've been able to train him at max he has also gotten even better. And I think there's more to come".
How confident are you going into the Saturday start?
"I estimate it as a good chance to win. It's a very tough race but as good and as consistent as he is I have to believe that his chances of winning the race are good. Home track is optimal for him and he drew a good post position. I look forward to the race".
"Not at all chanceless"
V75 comes with a jackpot this week and the pool for all seven winners picked is estimated to be SEK 55 million. Velvet Gio will be one of the horses used on many tickets. His stable mates My Liberty and Veiled who are both in the youth race (V75-4), could help in getting to the high payout. My Liberty held on well in her last start after having trotted the last turn three wide without cover.
"She suffered from the low pace. They went too slow in the middle of the race for her liking. She is more of a strong mare, not that speedy. But I was very happy with her and now that it's 2,600 meters she is definitely not chanceless".
Veiled has shown a lot of ability but has also been anything but safe. She has made breaks in four of her last five starts.
"She's a Zola Boko offspring in every sense of it. You can't train her fully because then she will go a bit crazy. So it's all about the balance with her, how hard you can push her in training. But we've had our eyes on this race for a month and we've been able to aim her for this so that she stays quiet. I think the chances of her staying flat this time are good".
How do you rank your two mares?
"I would say they're equal. Both are strong and I think both mares has a chance to win with some racing luck".
Should they be on the ticket if you're looking for the big payout on V75?
"If you play with 5-6 horses in the race they should".