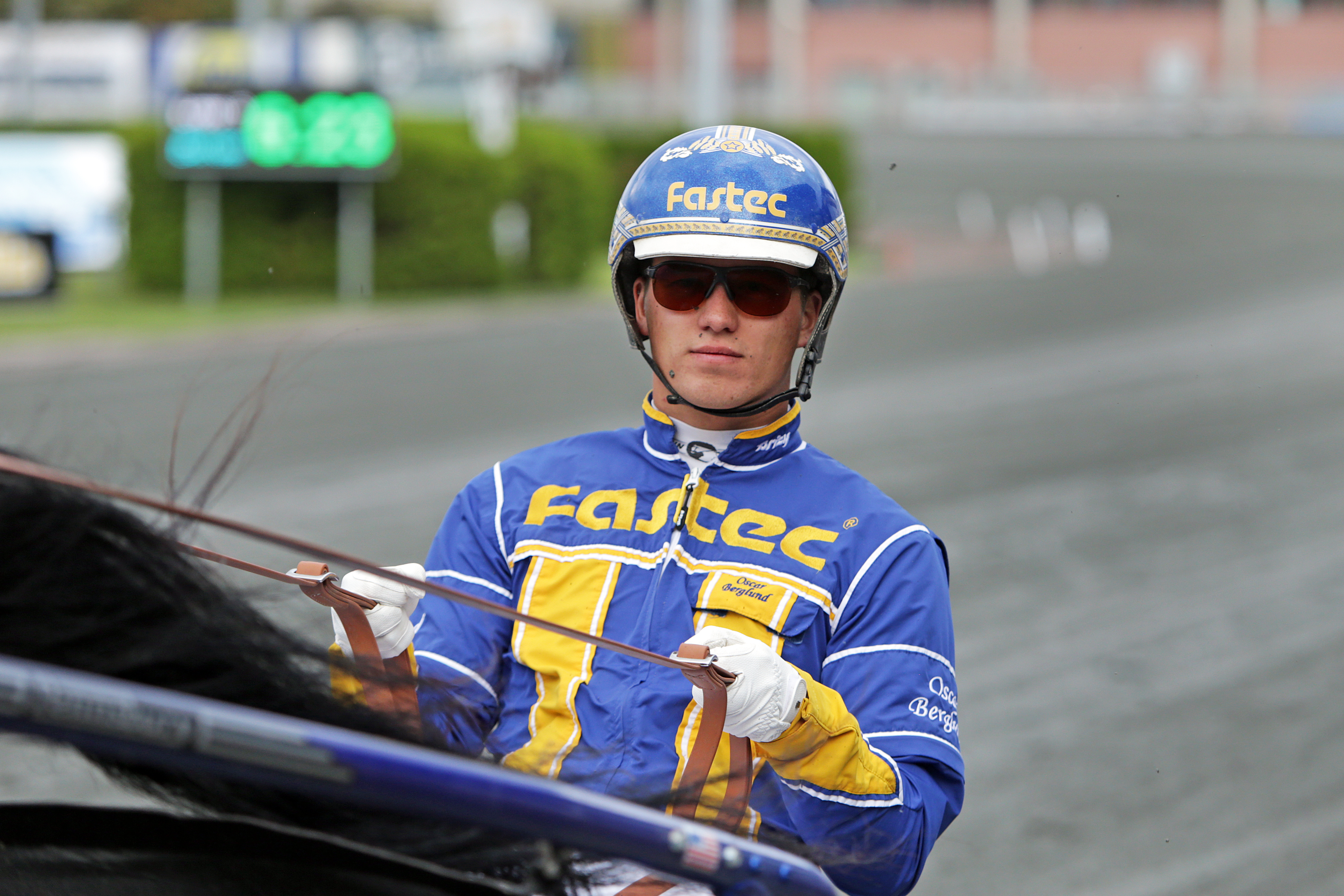 V86®: A hot win candidate in the lead

Two straight wins after the trainer change.
Oscar Berglund has found a new talent. Firefoot has a perfect task in the first leg of V86®.

The five-year-old gelding Firefoot (V86-1) seems to love life in the northern parts of Sweden. The horse who previously was trained by Daniel Redén came to Oscar Berglund around New Years and after having been off from racing for almost five months, Firefoot has now quickly won two in a row for the Östersund-licensed trainer.
"He has done everything right since he came up to us here in Norrland, he has been impressive in two straight wins and he hasn't been tired. He has made a good impression on us and everything feels positive about the horse and he feels good in training after his last start so I don't see any clouds on the sky for him" Oscar says.
He has made a good impression you say, is there a lot of ability in this horse?
"I think so. Then of course, there's a reason why he is five years old and hasn't made more money than he has, there have been a few obstacles along the way but the way he feels he hasn't made enough money to match his ability and we hope he is a late bloomer who will show what he can do".
"He keeps progressing with every start. Before his first start for us he hadn't trained faster than 1:30-speed so there is reason to belive he can keep improving with every start he makes".

Can leave very well behind the gate
When V86® this Wednesday is split between Solvalla and Bergsåker, Firefoot comes out in the first leg which is raced at the Sundsvall track. Post position three behind the gate over the short distance looks like perfect conditions in the hunt for his third conecutive win.
"He has been very quick behind the gate, he has a lot of speed in his legs, but the way it feels he definitely doesn't have to race in the lead. He trains behind horses for the most part and is very comfortable there so I'm sure he races well from behind too.But on the other hand, as quick as he leaves he often gets the lead and he has proven to be hard to beat there".

Barefoot behind is the optmial balance
Starting this Tuesday, it is now allowed to race without shoes again in Sweden. Is that something that Firefoot can take advantage of?
"We will see. I doubt the track will be good enough for racing barefoot behind so there's a pretty good chance he will race the way he has raced previously for me, but the best possible balance for him would be racing barefoot behind and if it's possible to do so, we might try it".
It feels like he should have a good chance to win?
"I don't like to handicap the races, others can do that. You never know what kind of horses the other trainers have and how they have trained. The most important things is that our horse keeps doing what he has done so far, but of course we have a very nice horse and he is very good for this type of race".