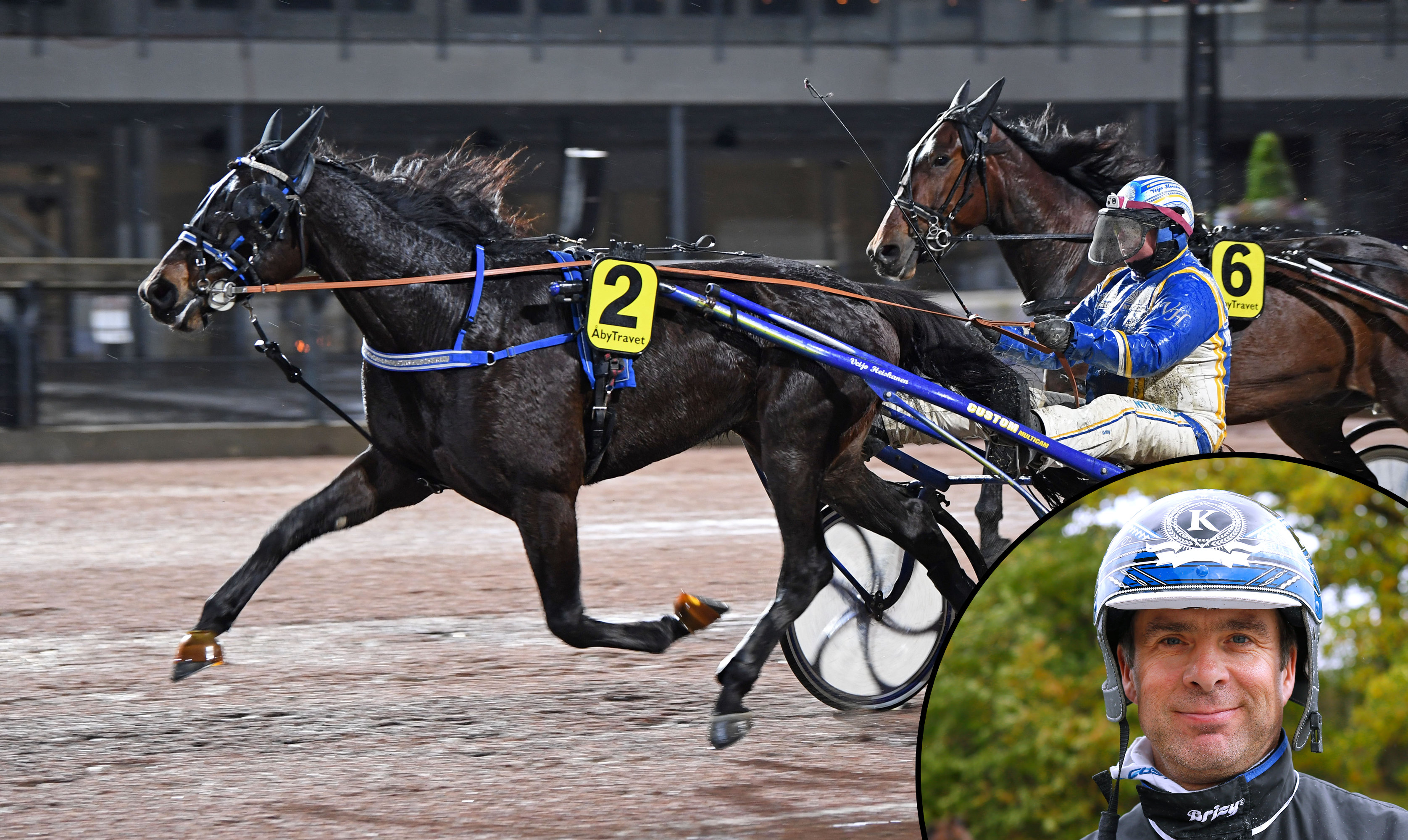 Lukako di Quattro can leave fast, both behind the gate and in volt start.
Kai P Jussila's four-year-old has been toying with his opponents at his wins from the lead and he drew the best possible post position for this Wednesday's V86® start.
"I made a little jump of joy when I saw that we drew post one".

During the fall last year, Veijo Heiskanen left Åby and moved back home to Finland to become a trainer at Vermo, Helsinki.
Kai P Jussila bought one of the horses that didn't go with Veijo to Finland. The Solvalla licensed trainer has not regretted that decision. Lukako di Quattro, now four years old, has done well and has more potential for development within himself.
But the wins didn't come until the tenth and eleventh starts for his new trainer. Lukako di Quattro was good last time out too, when he finished second behind Kapten Brodde.
In V86-6 on Wednesday, Lukako di Quattro starts from post position one behind the gate in a race open for four-year-olds.
"If my memory serves me right, nobody outside of him has been able to to get past him out of the gate. So I made a little jump of joy when I saw that he drew post one. He is quick out of the gate" says trainer Kai P Jussila.
Jussila was responsible for the breaking and training of Timo Nurmos' babies at Taxinge, near Södertälje. When Kai opened up his own stable, he opted to stay at the same farm.
It took a little while before Jussila could get along with Lukako di Quattro.
"He is moody and has a will of his own and he can just run off the track while warming up and things like that. He is not an easy horse to handle and I know he was a bit of a troublemaker when Veijo had him".
Jussila and the moody horse have now gelled. At least, the trainer thinks so.
This past summer, the gelding got his first two wins for the Solvalla trainer – blowout wins from the lead.
"Yes, I think I have the key to him now. We have found harmony here at home, as much as a horse like him can, at least. He feels very good about himself now. I would say that we know each other very well by now and lately it has felt a lot better".
It seems like you have nothing to worry about in V86-6, from post position one?
"No, the lead is where he races best. But he can race behind horses too, as he showed in his last start, three weeks ago at Solvalla".
In that start, you chose to give up the lead when Örjan Kihlström came with Kapten Brodde after the first turn and you ended up finishing second behind him. Your thoughts on that tactical choice?
"I had lots of respect for Kapten Brodde, I trained the horse when I worked for Timo Nurmos so I knew what I had on my outside. And I didn't want him pulling outside of me and giving the other horses a chance. I gave up the lead and the pace wasn't very high, so Kapten Brodde could sprint home with us finishing second, same time as the winner. My horse felt good and I was happy with the second place too" says Kai P Jussila.
What can you tell the bettors?
"That they need to have him on their tickets. He still feels incredible in training, so I'm very happy with him. No changes compared to his last three starts and we keep the pullout earplugs on him, which I didn't want to try on him earlier, but they have worked out in a very positive way for him. Like I said, it was very nice that he drew post one behind the gate, that gives me a good chance to hold up the lead. He has a nice gait and he is very quick the first few strides out of the gate".
"We have a start planned after this if he gets in and that's Walter Lundbergs Memorial, a three kilometer race at Solvalla. Hopefully he has enough start points to get in...it would be good to get some more points here. Three kilometers should suit him well since he is very versatile and can relax very well in a race".

Footnote: It is V86 Xpress on Wednesday. Post time for the first leg is 20:30. Solvalla co-hosts the card together with Åby.