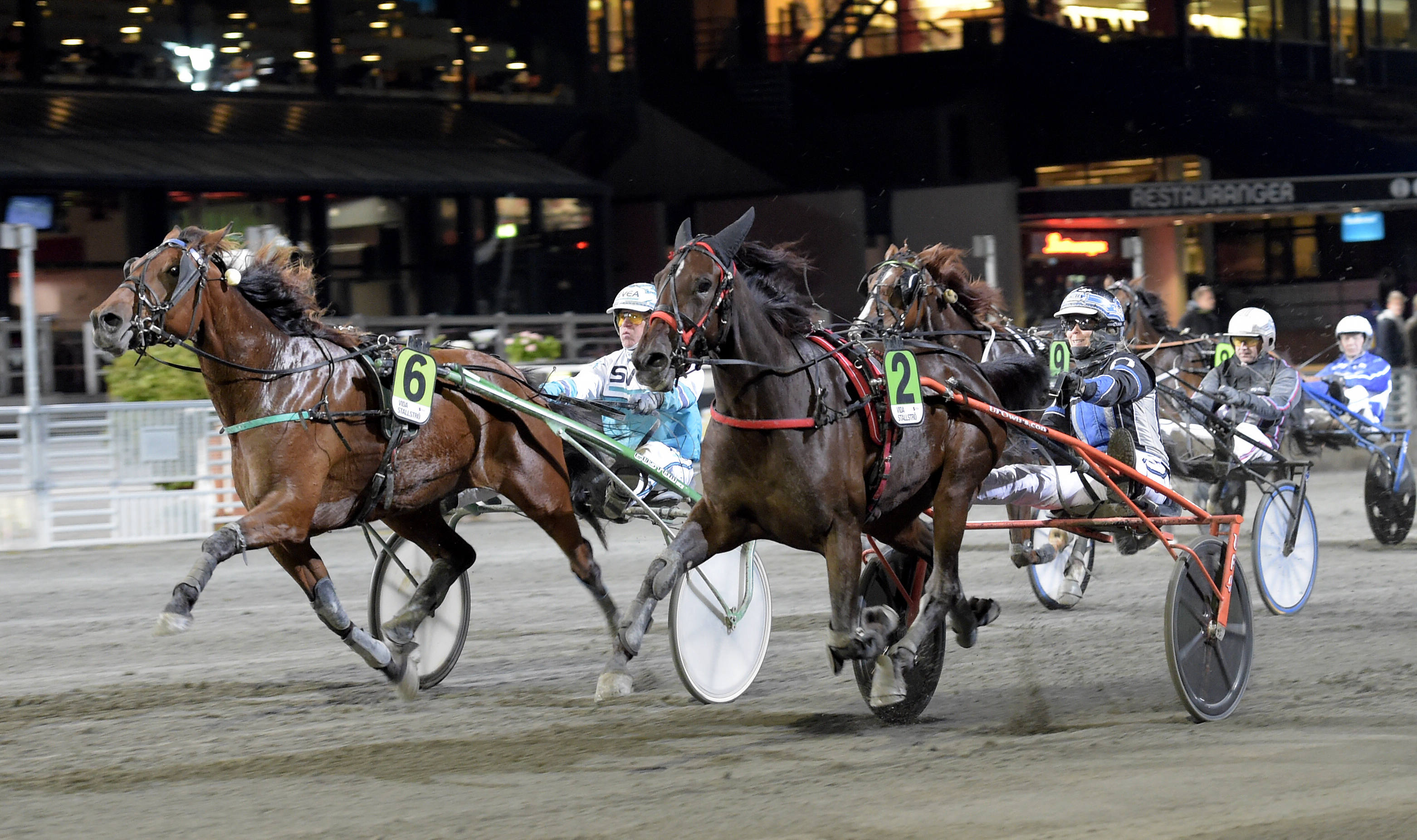 Pastorns Lady likes just about everything.
She just trots on.
Örebro licensed trainer Juhani Partanen has high hopes for the seven year old mare as she races on V86 at Solvalla on Wednesday.
"She goes up in class a bit here - but I have to believe in her. Whether it's volt start or if she goes behind the gate, whether she races with or without shoes, whatever the track condition or the distance is - nothing matters to her".

Göran and Vanja Sandvall own and have also bred the seven year old mare Pastorns Lady.
She is by Pastor Stephen
The pastor's daughter.
The honorable mare from Örebro has made a bit over SEK 450,000 in 21 career starts and she never or rarely races badly.
She has won eight races. Usually after leaving quickly to grab the lead.
She drew a fitting post position five behind the gate in V86-8 at Solvalla on Wednesday which is a short distance race.
"It's important to get a good start. I don't know how fast the other mares can leave but she usually leaves fast. So I have to leave with her. She goes up a bit in class here, but not that much and I have to believe in her. I think she's a capable mare". says the Örebro licened trainer Juhani Partanen.
Partanen drives the mare himself this time. On V75 at Axevalla on new Year's Eve she was locked in and had some left in the tank when she finished fourth. Mikael J Andersson used the mare's speed and almost got het to the lead, from her 20 meter handicap.
The leader Valkyria K. ended up winning the race.
"She looked good crossing the finish line and didn't look all that tired. The driver grabbed up a bit at the top of the stretch hoping to get out if the leader tired, but then he ended up just going straight ahead instead".
Won when racing back to back weeks
To race Pastorns Lady back in just six days is nothing that bothers the trainer. She has done that before and she races well on all distances and all sorts of track conditions. Back in November 2019 she raced back to back Wednesdays at Solvalla. Örjan Kihlström drove both starts and won the second week, a mare race on V86, with Partanen's mare.
"She will race back to back weeks now but she has done it before and she won then. She also seems to have come out of her last start on New Year's Eve well".
But you think this race looks a bit tougher?
"Some of the other mares have made a bit more money, but not that much more. I really don't know a lot about the opponents".
Will you go for the lead?
"Yes, she leaves fast on her own so I have to try. But she has won from behind too. She's versatile like that".
In V86-2 you have the nine year old gelding Wollafur. He was winless in 20 starts last year. Does he have any chances to win?
"No, he hasn't shown any form in a long time so we have to try to get a check. He has made over a million (SEK) so it's hard to find fitting races for him. He either has to start with a 40 meter handicap on the countryside tracks or race on V75 or at Solvalla. Many races are closed at SEK 1 million in lifetime earnings so it's hard to find races for a horse who has made over that if they’re not elite horses".