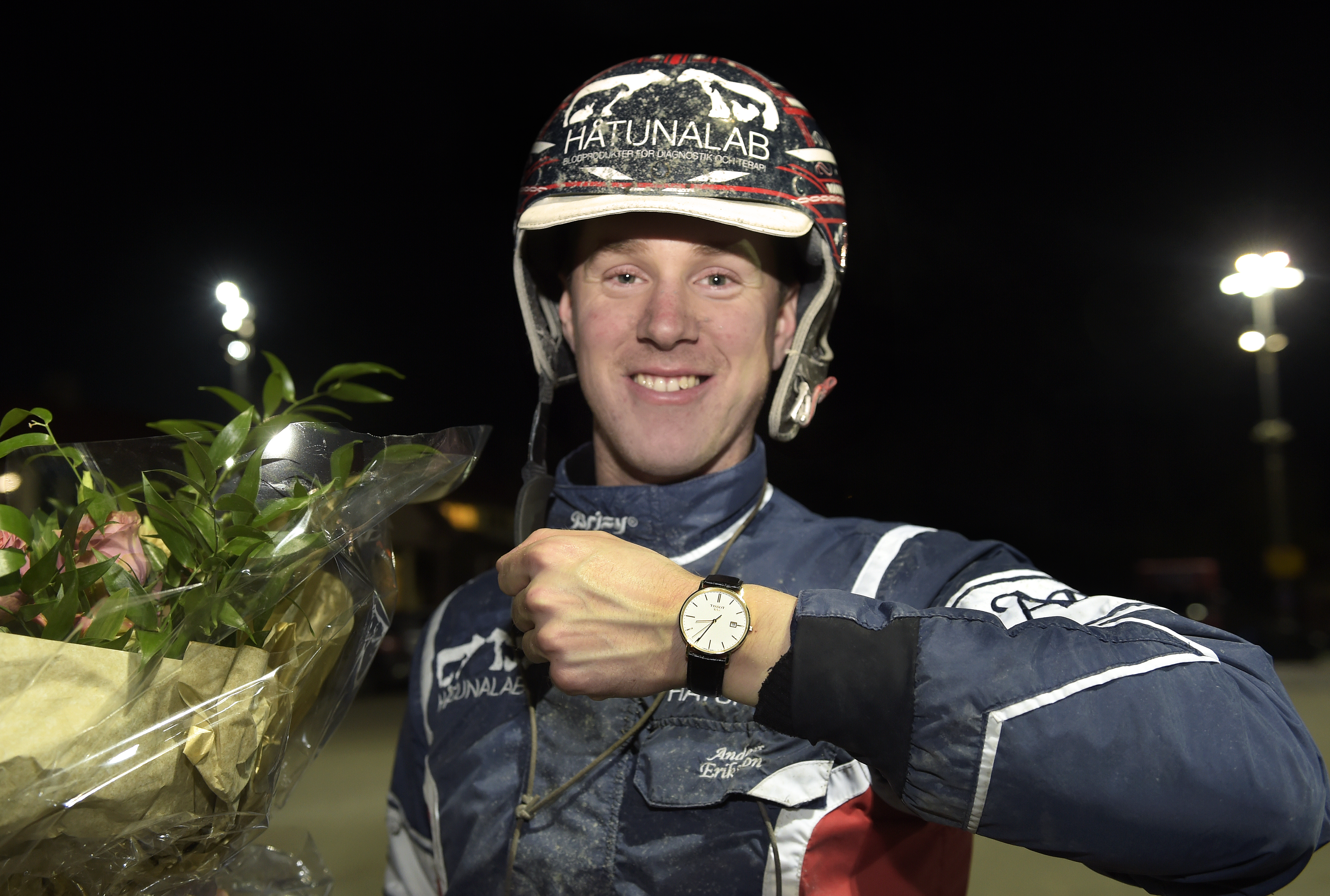 V86®: Aiming at another gold watch and then a career as pro

Time is running out for Anders Eriksson. On January first he will be a professional trainer, but first he wants to win the prestigious gold watch for the second year in a row.
"I’m in a good spot now and I hope that Come Together will give me some more points in the standings" says Anders Eriksson.

A lot is happening for young Mr Eriksson at the moment. After several years as an apprentice working for trainers like Stefan Hultman, Stig H Johansson and Svante Båth he is now on his way of starting his own stable.
"I've just finished a week of education at Wången and I'm almost done with all the classes I have to take and I'm counting on starting on my own after New Years" says Anders Eriksson.
Anders has already started up a little bit on his own. He is stabled at Sandemar where he works togetgher with trainer Morten Waage.
"I found a fitting opportunity to start up a little bit and feels very good. Morten and I are in the same barn and it's nice to have someone to bounce ideas off of. I learn from Morten and I hope he learns something from me too. It works out great and it feels good sharing ideas with him".

First start a winning one
Anders already has a few horses in training and he made the first start from his own stable a winning one.
"Global Appearance won right away and of course it felt great. I think the horses all look good and it looks promising".
The 30 year old has shown several times that he is a big talent in the sulky and it runs in his veins. His father Ulf Eriksson is among the best drivers in the country and Ulf's cousin in none other than Örjan Kihlström.
"I have a big family in the harness racing business and I grew with it and I've watched a lot of races".
Before starting as a professional trainer, Anders is going to try to take home the much wanted gold watch for apprentices, a title he won last year.
"It's one of the nicest races you can win as an apprentice driver and I think I'm in a good spot and I hope to be one of the drivers battling for the win at the end".
On Wednesday Eriksson is driving Come Together, trained by Stig H Johansson and Anders drove to horse to victory in his last start.
"Come Together (V86-4) is a nice horse. He has made a few breaks and he isn't completely safe just yet. He has had problems staying sound, that's why he has made those breaks. He was very good in his last start and he also felt good. I hope he feels just as good on Wednesday, then he should have a decent chance to win. Come Together is average out of the gate and I think I will take a safe start so he doesn't make a break”.
Twelve apprentice drivers will qualify for the final of the gold watch which will be raced in the middle of December with two eliminations and a final. Anders Eriksson is currently third in the standings with 44 points. Magnus A Djuse is first with 51 points and Ida Riesterer is second with 45 points.