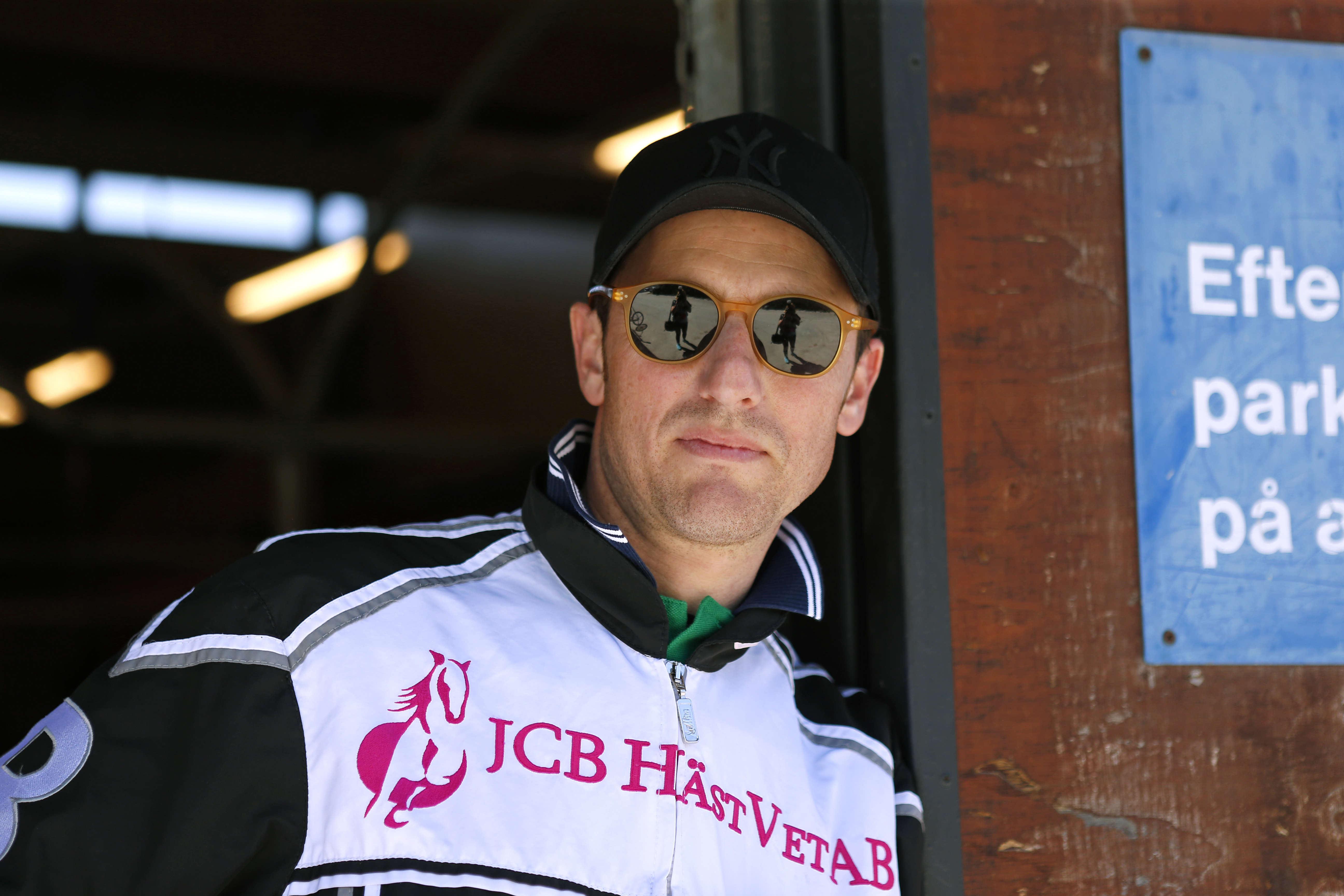 Italian native trainer Riccardo Bianchi in Halmstad uses a fellow-countryman to drive for him in the eliminations to Svensk Uppfödningslöpning.
The Halmstad licensed trainer has two horses in the Wednesday eliminations to the biggest race for two year old trotters in Sweden - both to be driven by Italian top driver Giampaolo Minucci.

Halmstad trainer Riccardo Bianchi is indeed in the spotlight on Wedensday when V86® is split between Jägersro and Solvalla.
Out of his three starters on V86, two of them are in the eliminations to Svensk Uppfödningslöpning.
The eliminations will go off as the third and fifth leg - both at Jägersro - where the top six finishers will make the final, also to be raced at Jägersro on November 21.
"The goal is to get both horses into the final" says the Rome native trainer who runs a 17 horses big stable at Halmstad racetrack.
Being Italian and especially from Rome, Riccardo Bianchi is of course a fan of football.
"My team is Roma. Unfortunately they're not doing so well now. But I hope they can make it back to the top where they belong”.
Last Friday two horses arrived to Bianchi's stable from Italy, both enetered to the eliminations to Svensk Uppfödningslöpning. And for the races Wedensday, the Italian top driver Giampaolo Minnucci is flying up to Malmö to drive them both.
"The owner wanted Minnucci to drive and I have no problem with that. I've known him since I was eight years old and he's a good driver, who of course is mostly known from the time when he was driving Varenne, when he was enjoying a lot of success together with trainer Jori Turja. He is based in Rome and his standards as a driver are still high and he's in the top of the country's driver standings" says Riccardo Bianchi.

Here are Riccardo Bianchi's comments on his three V86 starters:
"1 Tyrion (V86-3) raced as recently as last Tuesday and he trotted 1:16 on an 800 meter track. It was a good effort and on Jägersro's fast track he should trot two seconds faster. The post position is good since he can leave fast, but the tactics are up to Minucci to decide. He will race with a can't-see-back bridle and in a regular style sulky. I both hope and belive that he can make it to the final from this post position".
"7 Loyal Cash (V86-5) also raced last Tuesday, but in Florence which is a smaller track and the surface was very deep. He was bought at the Åby sale last year and from what I've heard he is supposed to be the better one out of these two. Unfortunately he didn't draw so well. But I hope he will prove to be good enough to make it to the final. He will also race with a can't-see-back bridle and in a regular style sulky".
"4 Wrecking Ball (V86-7) injured a suspensory last year and it has taken time to get him ready again, but my girlfriend Jenny Bergold, who is the owner and also a veterinarian has done a fantastic job. Two starts ago he was very good in his return when he finished second in 1:14 on a sloppy track. In his last start we got a good trip along the pylons, but I was too anxious to get out so I pulled him when I had the chance already with 500 meters to go and he got a bit tired. He has a good post position behind the gate here and he can leave quickly. This will be his first time racing with pullout earplugs and hopefully that will work out well since he's a bit laid back. I think he has a good chance to win. He will race in an open bridle, barefoot upfront and in a regular style sulky" says the Halmstad licensed trainer.
When it comes to the star of the stable, Southwind Queen the future is uncertain. She raced last Friday at Jägersro, but made a break. The four year old mare has trotted 1:10.5 over 1.640 meters and has earned around SEK 700,000.
"The owners want to breed her but I believe she still has a lot undone on the racetrack and I want to race her over the winter. I will get an answer from the owners in a few weeks".