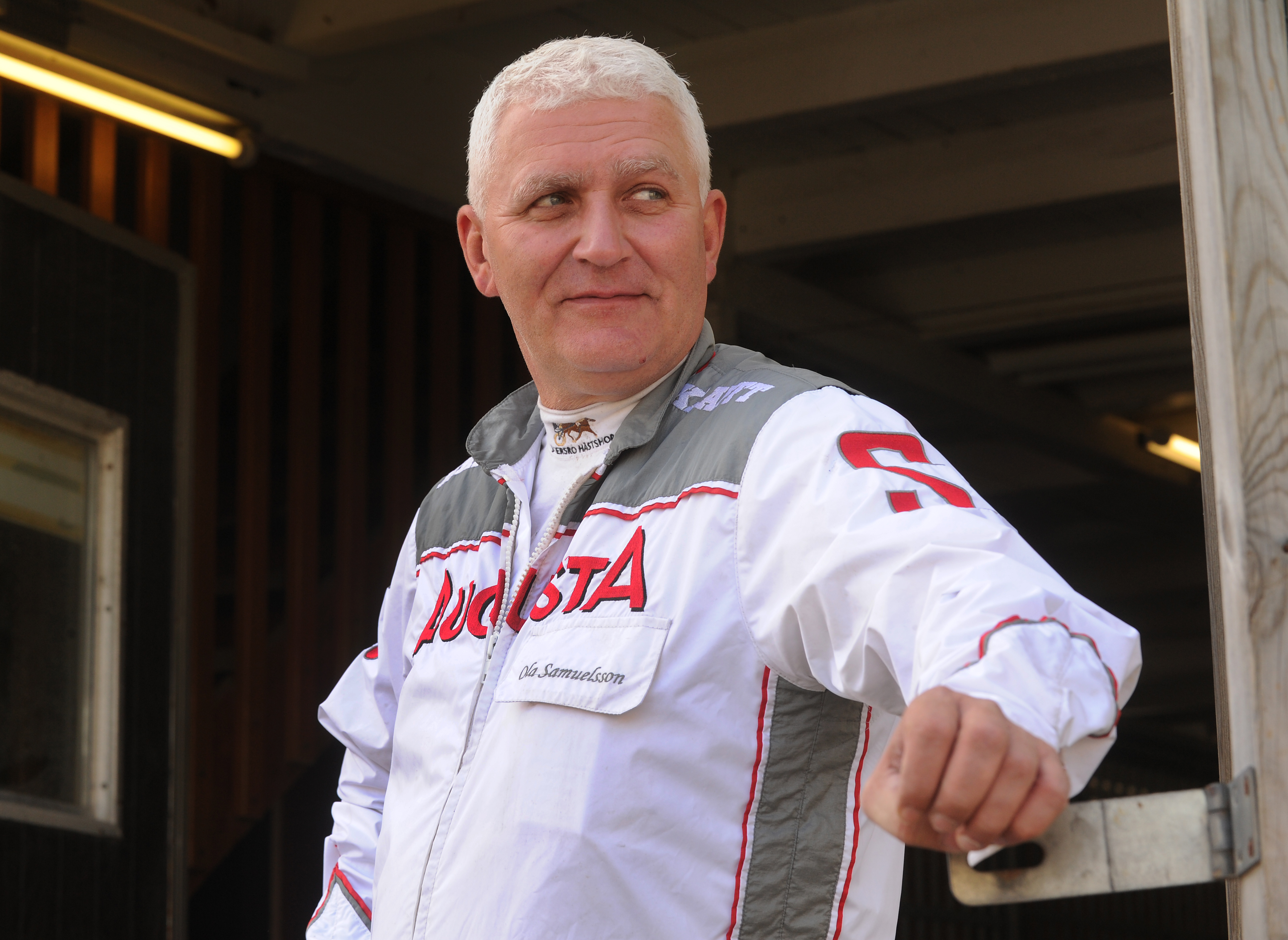 A veteran facing a career challenge.
"I have to believe I have my best years as a trainer ahead of me," says Ola Samuelsson, who has filled his stable with promising young horses and has two interesting bids on the V86®, where double jackpot can give 16 million SEK to a lone winner.

He is turning 60 next year and has been a professional trainer half his life.
But never had this kind of potential in the barn.
“No, if I ever did I forgot about it. It feels like the bar has been raised significantly with these talents”, says Ola Samuelsson, who has 42 horses on the training list, of which 31 are one and two-year olds.
And it's not any yearlings.
Among them is Matchpoint Pellini, bought for the equivalent of 3.5 million SEK at an auction in Berlin this summer which made him the most expensive Swedish-born one-year-old in history.
“He shows great talent so far. That’s all I can say. The real training begins over the next months.“

"Still has that fighting spirit"
For Wednesday's double-jackpot V86®-card with a projected 16 milllion SEK up for grabs Ola Samuelsson has two starters.
First out is 5 Pioneer Face (V86-5) who started her career very promising with six wins out of ten starts, but has not visited the winners circle since July 2016.
“She has muscle problems from time to time. In the late summer she went really well, but then there was a problem again. She needed her last race and should be in quite good shape this time around.”
All her wins are from the front, your view on that?
"It's easier to determine the races from there and we have to try leaving this time. The post suits her, but it’s up to Johnny (Takter) to make the choices. Even if she has not won for a long time, she still has that fighting spirit.
And no muscle problems for the moment?
“No, the values look good. Also it's an advantage that she gets a partner on the transport this time, when she travels alone she can easily get stressed.”

May be the last start
The travel company consists of 9 Fantasy River (V86-7) who qualified for the Stochampionatet, Derbystoet and Breeders Crown finals during the season, but failed when it mattered the most.
Now she comes from a mishap at Vincennes.
"First she galloped shortly from the start, then she got behind a horse that was taken out of the field, and when she got back, she drove up in a sulky. Let’s forget that race, says Ola Samuelsson who may retire his mare after his race.
“Yes, she is booked to Propulsion and will only make a few more starts. If she wins on Wednesday, it would be a nice ending.
Why does she breed so early?
"Because there are too few races for five-year-olds and it’s tough to go up against the best mares. The alternative is the silver division, and I think that is also tough. She has more use breeding as a young, fresh and well-stocked broodmare with good merit.”
What do you say about her task on Wednesday?
"The horse made a terrific run after the “start bubble” in the BC final and although I can not guarantee the shape is as sharp right now, I hope it's close. If so, she will match these horses.
What is your advice to the V86-punters regarding your horses?
"Now I'm a pretty bad bettor, but in my view Fantasy River has the best chance and I think she's clearly worth to put on the card. Pioneer Face is not out of it either if she gets her trip”, says Ola Samuelsson.