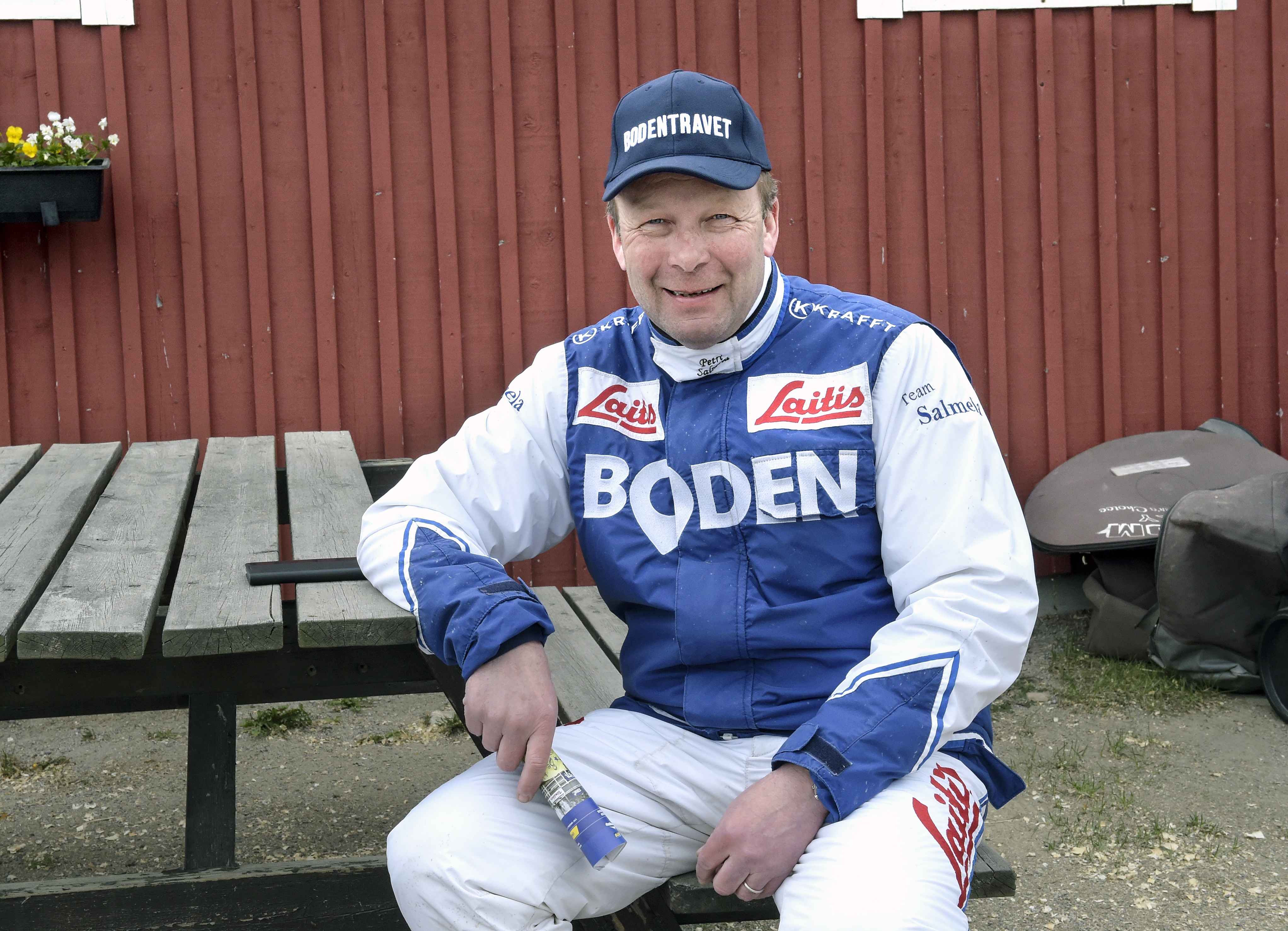 Back in the 80s, he was both a taxi driver and a horse trainer. He owned horses and he worked together with Timo Nurmos. In the 90s he had the super mare Plant The Seed which made him stay in the business. Plant The Seed is together with Makethemark, who is still going strong with over SEK 12 million in earnings, the best horses he has trained. You can say things have been going pretty well for Salmela, after the taxi driving years. "I have had a very good life. Without the horses and the racing, I wouldn´t have seen all the wonderful things I have seen. It has also made me rich, rich in my heart".

Salmela is based at Boden racetrack, but he also has around 30 horses at Söderby Gård, in the Stockholm area. On top of that, he has a few horses in Torneå, Finland where he lives with his family. He still has the taxi business but with just one car, and he doesn´t drive himself anymore. He keeps himself busy with lots of other things. Like this Wednesday at his home track Boden, where he is racing ten horses, eight of them on V86. On this busy Wednesday, he is also qualifying five two-year-olds.

Idomenio Sisu is the best chance
Here are Petri Salmela´s comments on his V86 starters:
"7 Ladybug Lara (V86-1) lost her form in May after having had a good winter. She´s on her way back and she feels great in training. She drew badly here and she could probably use this start as a tightener".
"5 Backwood´s Bentley (V86-3) has made some breaks barefoot so the shoes will stay on for this start. It looks like a tough race and we are aiming for a check".
"3 Idomenio Sisu (V86-3) has raced very well. We went over him after his last start and evertning was well. I have trained him myself after that and he felt very good. He handles the distance without problems and he should have a very good chance. My best chance of the night".
"8 Backwood´s Baddy (V86-6) is in better form than the program page shows. He is lightning fast out of the gate and he can take the lead despite post 8. He needs a good trip, though. Last time out he didn´t have any racing luck".
"12 B.W.L Ruthless (V86-7) has had a break. He races best during the fall and winter and we hope he can make some money here. If he can do that, then we are happy".
"11 Leave Your Sox On (V86-7) hasn´t won so far this year, but he has been in tough races. That has made him better and he wasn'´t empty in the V75 final, last time out. This looks like a fitting race for him and he could very well be due for a win here".
"5 Hector Sisu (V86-8) got a tougher heat last Friday and was good, so his form is good. He got loose late, last time out and didn´t really understand that he was supposed to accelerate. We might get a chance to pull his earplugs this time, which could make a big difference on him".
"2 Henry Flyer Sisu (V86-8) is a very capable horse, who could become a very good horse. He feels better and better after that last tightener and I am very happy with him. I would say that he and Hector Sisu are pretty equal".

Käraste Sisu stands out
What about the two-year-olds you are qualifying? How do your two-year-olds look and does anyone stand out?
"I have many promising two-year-olds in my stable and we have trained around ten of them in 1:20/1,600 meters. Overall, they feel good and the one standing out right now is Käresta Sisu. She is by Face Time Bourbon and she is qualifying on Wednesday. It will be exciting to follow her".
Are you pleased with the stable´s result so far this year?
"We had a rough winter, with bad weather and bad tracks. Especially in the Stockholm stable. Things have been very good lately and everything looks good. It feels promising".
Finally, how is Makethemark doing and do you have any starts planned for him soon?
"He has been very good and he hasn´t been tired in any of these starts. He feels very good after his last start in Mikkeli, Finland and we will see where he will race next".