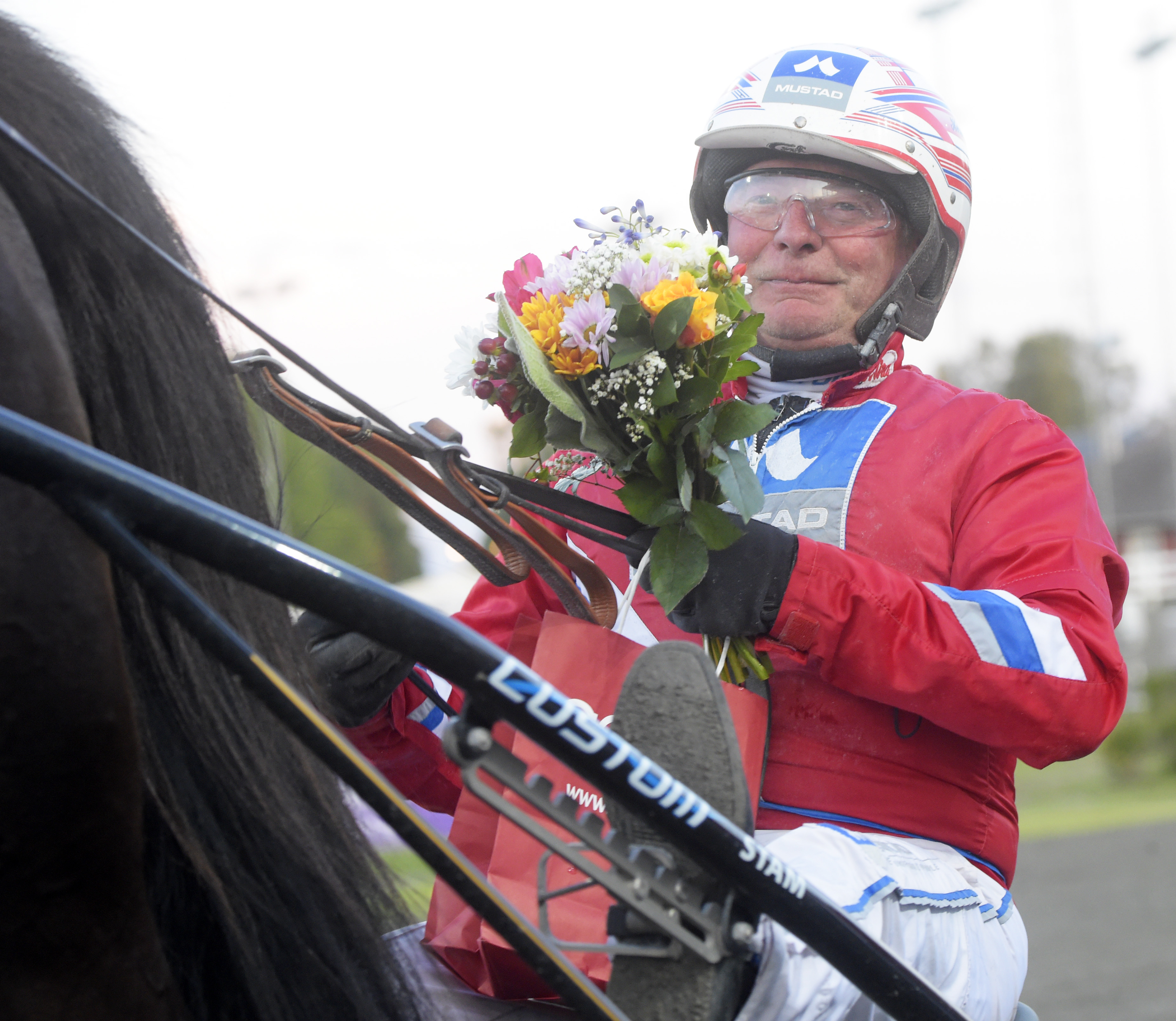 Hans-Owe Sundberg has returned to driving after a long layoff.
Last Sunday he won a race where Stig H Johansson finished second and on Wednesday he could do it again.
In the race Gotlandslöpningen on V86 Hans-Owe will sit up behind Charrua Forlan who seems to like having his trainer in the race bike.
"My horse feels very good and he showed in his last start that he really wants to race. He's alert and very happy and I think he will do well again" says hans-Owe Sundberg.

V86 continues its summer tour and on Wednesday it is Visby's turn to host the races. It's the track's biggest race day of the year with Gotlandslöpningen as the feature. It's a good race that will close out V86 with SEK 175,000 to the winner. One of the contenders is Charrua Forlan who has made over SEK 4 million for his trainer Hans-Owe Sundberg. The Solvalla licensed trainer has returned to the race bike after not having driven any races since November 2018. He returned on June 14 and finished third with Golden News at Solvalla. After that Hans-Owe has driven a few more races and last Sunday his first win off the layoff came when he won with Real Caviar at Solvalla before Ixi Mearas and Stig H Johansson.
"It's always fun to win races and after the race me and Stig were laughing. We said there are no cheap races anymore, it was full speed from start to finish" says Hans-Owe Sundberg.
"My horse got very hot outside the leader and the pace was high. When she was first she stopped a bit but when she saw Stig's horse  come closer she picked up the bit again. I pulled the earplugs 60-70 meters from the finish line and she fought well after a tough trip".
"This is a pretty good mare who made it to the final of Stochampionatet last year but she's a bit of a trouble maker and she had some issues at the end of last year. I hope she's on the right path again".
"He was fantastic and fought well"
Hans-Owe Sundberg hadn't driven in a race for a year and a half when he recently returned. He meant to just keep training and not drive anymore. But ten year old Charrua Forlan is a horse who seems to like it best when his trainer is in the race bike and that was also the reason why Hans-Owe drove him in his last start (finished second after a tough trip) and why he will drive him again this Wednesday.
"My stable had a very good year 2018 and we won many races. Charrua Forlan was also very good then and won seven times in 14 starts. Last year he started the season well but then he had something bothering him. He felt good at the start of this year but in the second start of the year he just wouldn't go when Torbjörn Jansson drove him. Torbjörn said that it seems like the horse doesn't want to do it anymore so I wanted to try him myself to see if he would try better when I drive him".
"He did and he was fantastic. He was three wide in the first turn and parked outside the leader for the rest of the race. He raced the way I know he can do and he usually tries hard. He has felt good in training the entire time but I've been worried when he hasn't raced well. I hope he's back to his old self again now".
"So it's actually thanks to old Charrua Forlan that I've started to drive again. He's such a classy horse who has made SEK 4 million even though he was never paid into any of the big races. Some horses are like that, they like some drivers better than others. I've seen that through the years. Of course I've been worried when he hasn't raced the way we want him to and we've always said that he won't keep racing if he shows that he doesn't want to do it anymore. But in his last start he really showed that he still wants to" says Hans-Owe Sundberg.
"Not afraid to race him on the front"
Charrua Forlan has drawn a perfect post position two behind the gate in the last leg of V86. The horse is quick out of the gate and trainer Sundberg is not afraid to race him on the front.
"He's got a good post position and we'll try to leave as usual. If we get to the front I'm not afraid to race him there. He's always raced well and tried hard on the front end. This race could have been tougher considering they're going for a pretty good check. I hope and believe that he will give me another good effort and then we'll see how far that will take him".
Could it take him all the way to the winner circle?
"It's not impossible. But Björn Goop's horse was very good in Lindesberg and there are a couple more in there who are good, like Monark Newman and Inti Boko. But it feels like Charrua is on his way up, he feels alert and he's very happy. I think we can get a very nice check here. He will go barefoot again, no changes. We'll race him the way we usually do".
You have another starter on V86, Ole in the fifth leg and he will be driven by Rikard N Skoglund. What are his chances?
"Ole (V86-5) raced well in his last start and finished fifth after some traffic trouble along the way. With some racing luck he could have finished third. He had to go around tired horses in the last turn and he closed very well even though he isn't a very speedy horse. We were happy with him and he feels good after that race. He drew a bit to the outside but it feels like he can go with these. No changes" says Hans-Owe Sundberg.