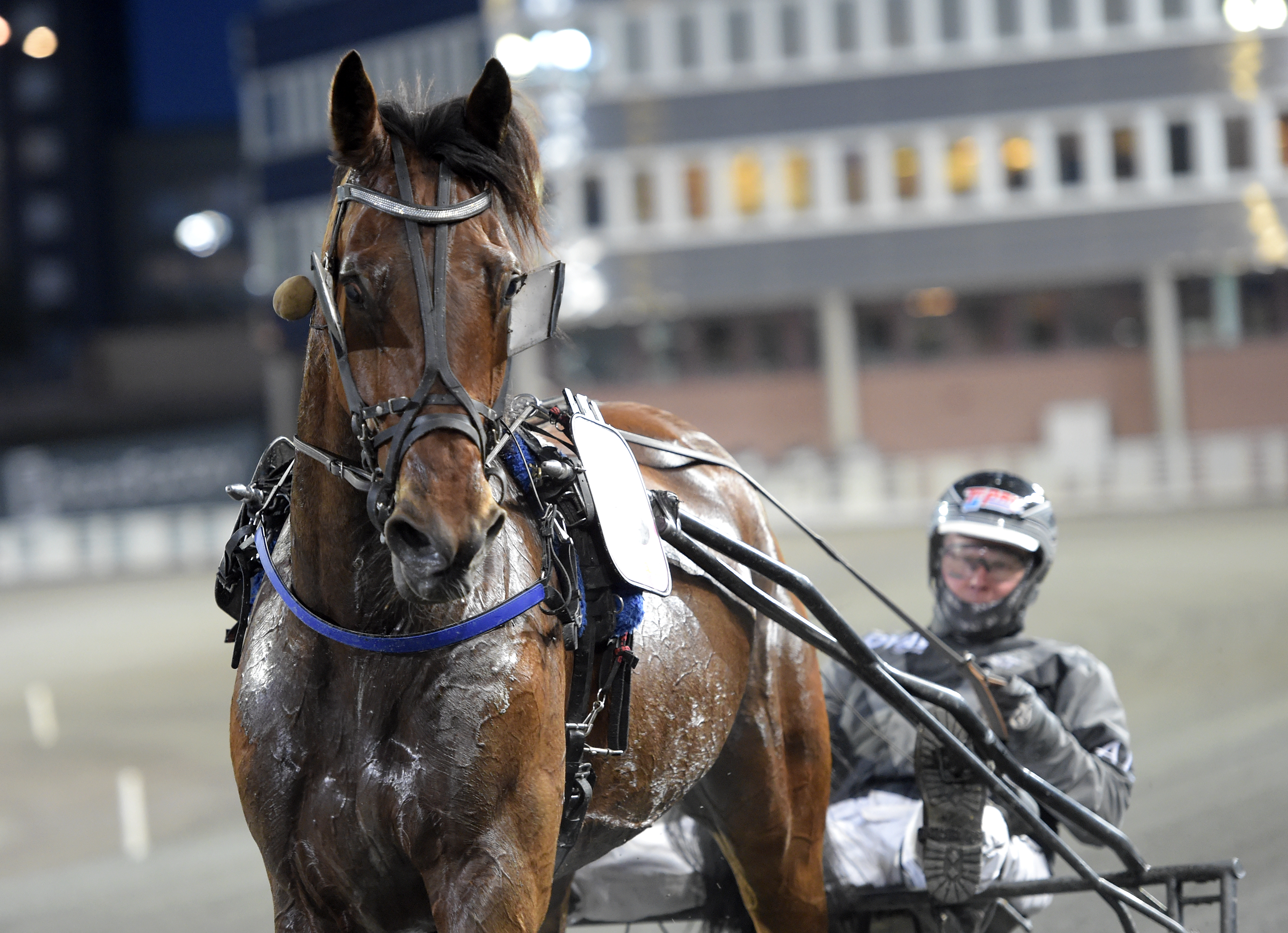 Nine-year-old Perfect Dynamite won his most recent start at Solvalla.
The spring in his stride is still there and he is starting to find himself after returning to the races last November.
"He keeps getting better with each start and he should be battling for the win" says the Rättvik-licensed amateur trainer Ante Lisell about his horse racing on V86® at Bergsåker this Wednesday.

Solvalla is co-hosting this week's V86 together with Bergsåker and at the Sundsvall track, the weather is expected to be a bit colder than in Stockholm.
-3 degrees Celcius is what the forecast says about Wednesday night.
Had it been up to Ante and Tina Lisell, it would have been raining and a few degrees above freezing. Perfect Dynamite is a real 'mudder' - he loves the slop.
"Best for him is when it's wet, deep and sloppy. But we'll take this too. It's not supposed to be very cold. Dynamite doesn't like the track too hard" says Ante Lisell.
Ante Lisell trains six horses together with his wife Tina in the village of Ingels, in Rättvik township. Perfect Dynamite is the star of the stable and he has made almost SEK 2 million lifetime.
In Zoogin's race at Bergsåker on Wednesday (V86-5) a bunch of older millionaires square off. The average age for the ten starters is 10.2.
Lisell also has 6 Super Zantos in the same race.
"Zantos is now twelve years old and he has been incredible. Not everyone has a horse like him. In his last start, he finished second in a monté race in his 222nd lifetime start and he has been fantastic for us. Super Zantos doesn't win this race but we hope he can make some good money again" says Lisell.
Super Zantos is owned by the Lisells. The star of the stable, Perfect Dynamite is owned by Hans Palmberg, a family friend with the stable name Sunbird Konsult i Rättvik.
Palmberg also owns the two unraced three-year-olds Balder Face (by Lavec Kronos) and En Garde (by Zola Boko) who are also in the Lisell stable.
"Palmberg has bought very nice horses. We will see if we qualify them now in February. The goal is the Swedish Kriterium - then we will see if they are good enough. We haven't pushed them yet" says Ante Lisell.

"Was good in the gold final too"
The Rättvik amateur trains and races to have his horses racing for many years.
Perfect Dynamite is well known by the bettors after having raced on both V75 and V86 many times. In the middle of January, he was once again a winner, in his fifth start back since he returned in November.
Rikard N Skoglund placed him second over and was able to pass the favorite Man At Work down the stretch.
"He is getting better and better now after having been off since June, due to an injury in a front leg. Before his first start back we hadn't trained him very hard at home and we just wanted to race him back in shape. I thought he was good in the gold division final already on Boxing Day, even though he had just returned to racing then".
It sounds like Perfect Dynamite is in form for the Wednesday start?
"Yes, everything feels very good. So he is one of the horses who can win. But it's not his most important start and I don't know how it will be raced. Rikard will handle all that. As long as he takes care of the horse – then he can drive however he wants".
But you won't get a sloppy track.
"No, but that would the best. The softer, the better. Maybe later this spring. He likes it very sloppy. Once at Solvalla, the lead didn't hold up for anyone – except for Perfect Dynamite who won by open lengths. Once at Axevalla it just poured down and the track was soaked. He won and set a new track record for five-year-olds with volt start" says Ante Lisell.
That track record still stands today at Axevalla.