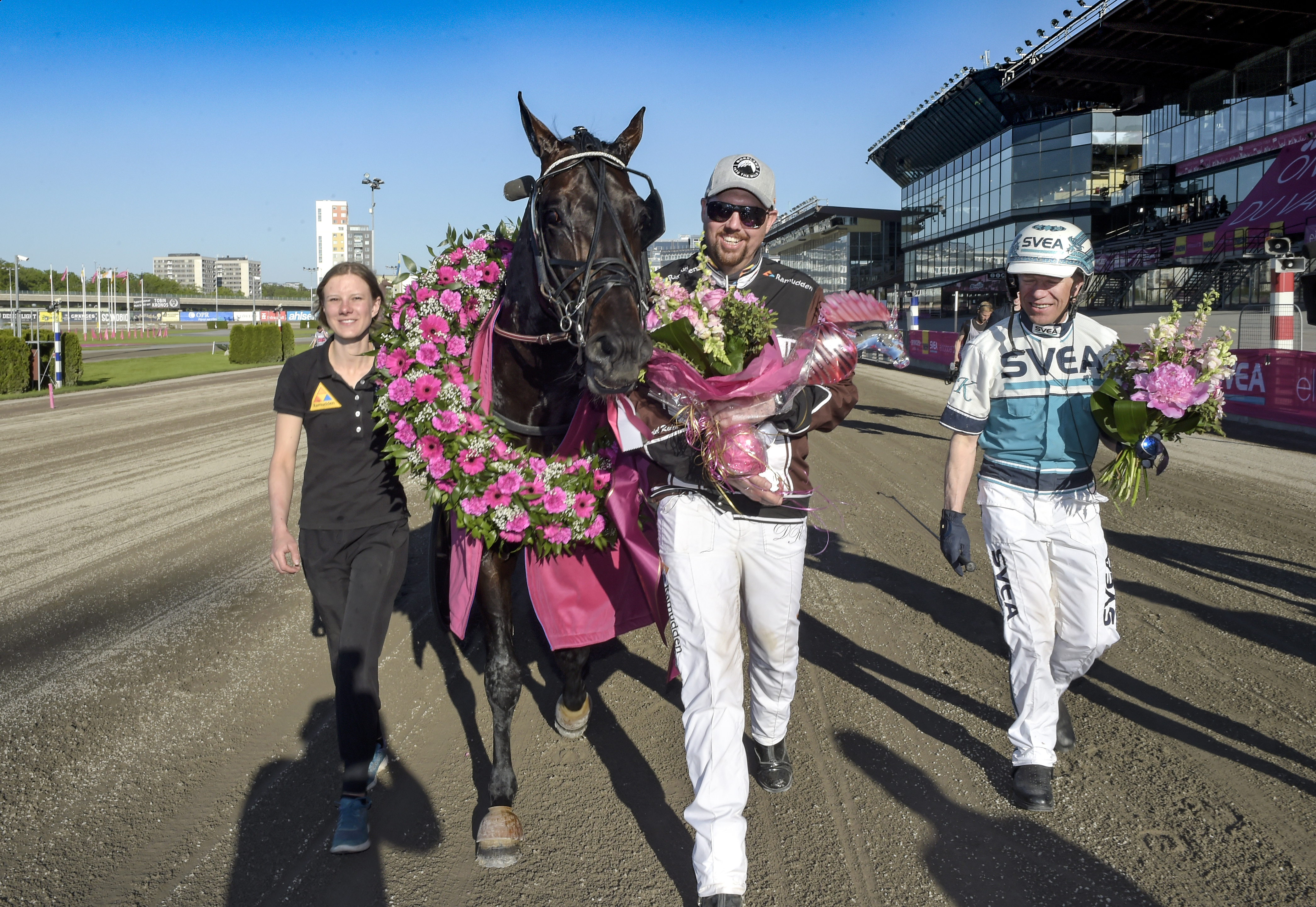 The plan is set for Elitlopp winner Don Fanucci Zet.
After the start at Solvalla on Wednesday, the connections are hoping to race in the toughest race in the world.
“But if we are going for Prix d'Amerique the horse needs to try the track down there first, so we're not quite there yet” says Daniel Redén going into the Wednesday start on V86®.

On Wednesday it's race time again for Don Fanucci Zet. The Elitlopp winner from back in May drew post position ten in Gösta Nordin’s race (V86-2) over 2,140 meters. The horse has looked very good in two straight November victories against similar opponents and the Wednesday start is another step on the road towards Prix d'Amerique.
Daniel Redén has signed a long-time lease for a barn at a farm in Belgium and after the Wednesday start, Don Fanucci Zet might go down there to get an early change of environment before the start the last Sunday of January.
“Nothing is written in stone, but it's an exciting future ahead of us. If we are going to aim for the Prix d'Amerique, the horse needs to try out the Vincennes track first. We just need to know that he is okay on Wednesday and then we will start planning for shipping him down to Belgium. Then we will race him in one of those preparatory races early next year to see how he does” says Daniel Redén.
The Solvalla licensed trainer answers his cellular phone Monday morning and tells us everything is well with his star trotter.
Back in August Don Fanucci Zet finished third at Åby and after that, the form has just gotten better and better.
In early November he won a race for five-year-olds at Romme from outside the leader and in his most recent start, Örjan Kihlström made a move to take over the lead going into the last lap.
“These last two starts have been very positive. We have been very happy with him” says Daniel Redèn.

Corks in the shoes
The only little negative is the fact that the horses at Furubygård in Enköping has started to train with corks in their shoes.
“It's all good, really. We've had some cold days here and I had to put corks in their shoes, which wasn't planned. We were hoping to get away without that since our tracks have been so nice. But the weather got warm and the snow melted and then it froze and got icy. Just like with humans, the horses need some time to adapt to training with more grip. But it's winter so it is what it is”.
The Solvalla licensed trainer seems happy anyway. Corks should not be needed at Solvalla on Wednesday.
“No, it’s not supposed to go below freezing point so we should be fine”.

“He likes going uphill”
In the French racing calendar there are two preparatory races in January for the Prix d’Amerique – Prix de Bourgogne and Prix de Belgique.
If everything goes according to plan, Don Fanucci Zet will be the big Swedish hope in Prix d’Amerique.
“We hope to race in one of those two prep races. Then the only focus will be on practicing over the track and not so anything more. In France that’s allowed as long as you let them know. I think deep down inside that Don Fanucci Zet will be perfect on the Vincennes track. He has both the strength and the attitude. He likes going uphill and he has even taken the lead here in Sweden in a couple of volt start races and has no problem with that type of start” says Daniel Redén.

The handicapper leaves him singled
The top three finishers in the preparatory races will get invited to race in Prix d’Amerique. Elitlopp winner Don Fanucci Zet has made enough money (SEK 9.5 million) to be guaranteed a spot regardless.
Don Fanucci Zet will be the mega favorite in Gösta Nordin’s race (V86-2) on Wednesday.
Solvalla’s expert handicapper Mattias Spante sees no reason to pay for more horses than one in that race.
“Don Fanucci Zet has looked fantastic in these last couple of starts. Starting from the second tier shouldn’t be a problem and I count on him winning” says Mattias Spante.
The big V86 lock comes in the second leg according to Spante who is responsible for Solvalla’s betting ticket shares, where you can buy into the tickets.
“Sure he faces a couple of horses who are good enough for a race like this. But he’s in another division. Normally he just wins. Something extraordinary has to happen for me to even think about paying for another horse in that race”.