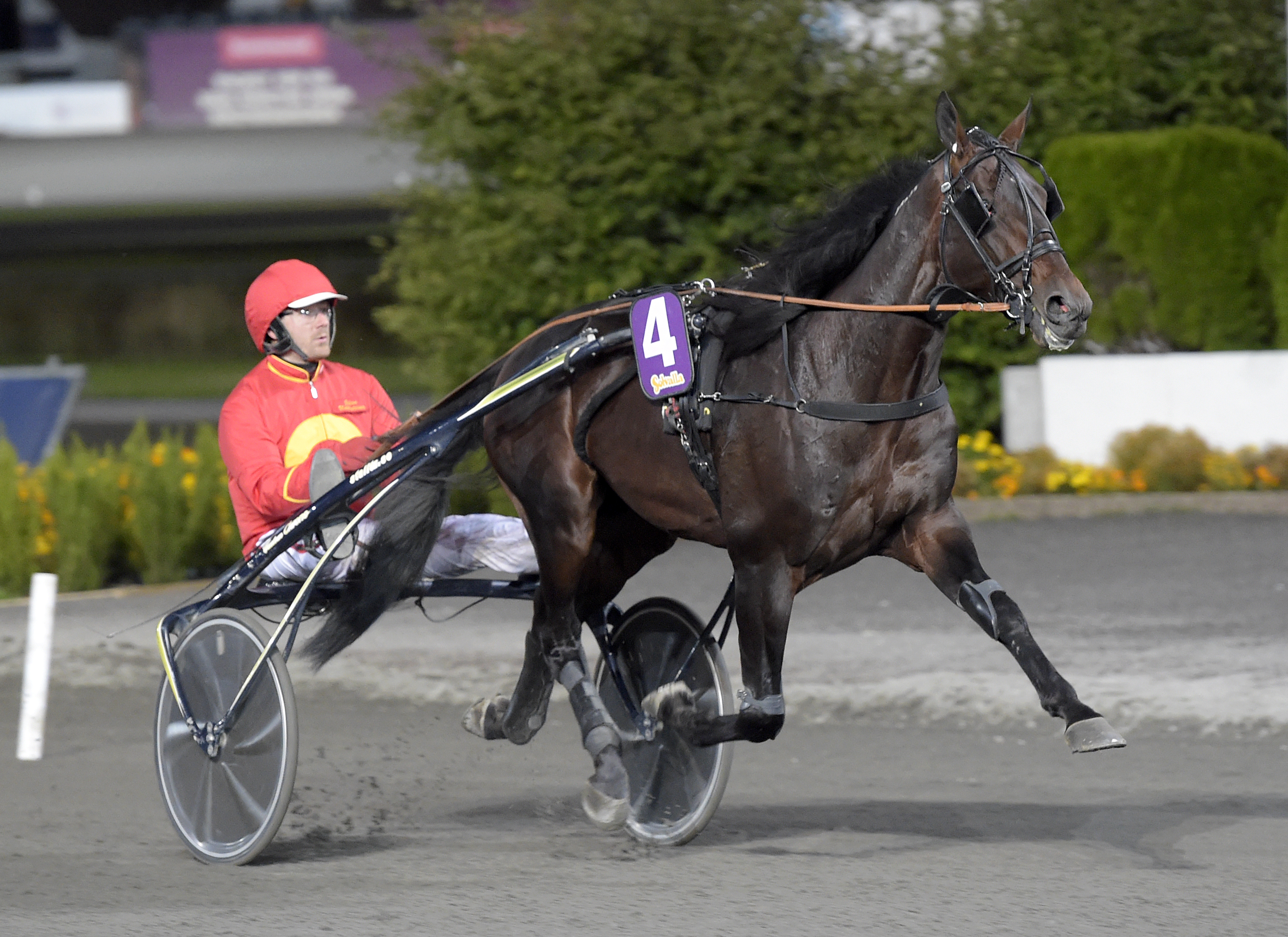 V86®: Hell Bent For Am back in the spotlight

He made almost SEK 2 million for trainer Stefan Melander last year.
On Wednesday Hell Bent For Am is back in the spotlight in his second start of the year for his new trainer Sabine Kagebrant in Prix Readly Express at Solvalla.
"The post position is not good but I'd rather have post eleven now than in the Derby this fall".

Solvalla pays tribute to Prix d'Amerique winner Readly Express on Wednesday.
The race for four-year-olds (V86-8) with SEK 400,000 to the winner is being contested for the third straight year.
Daniel Redén's Mister Hercules has won two of his four starts this year and will be the betting favorite. Björn Goop lets his Kriterium runner-up from last year make his first start of the year.
Hell Bent For Am impressed in his return at Bergsåker in the middle of May when he won a leg of Norrlands Grand Prix – which was a much easier field than the one he faces on Wednesday – after leading from start to finish.
The horse is bred by Am Bloodstock in Stockholm. New trainer is the company CEO Sabine Kagebrant.
"I work with Am Bloodstock and Courant (stable name) during the day and then I take care of Hell Bent after work. So I'm an amateur in the word's true meaning!" says Sabine Kagebrant who was a caretaker working for Stefan Melander in the past, where she took care of Gigant Neo among others.
Stall Courant and Anders Ström are since the end of last year renting stalls in Heby, north of Uppsala, where Hell Bent For Am is being trained.
Molnebo Unghästcenter is the name of the stable where Courant have their younger horses.
"We have chosen to have them all at the same place with four employees. Then we also brought Hell Bent there and I got the honor to train him. It's actually very nice" says Sabine Kagebrant.

Aiming for the Derby
For trainer Stefan Melander Hell Bent For Am won 'Håkan Wallner Memorial - the three-year-old elite' on last year's Elitlopp day.
Sabine Kagebrant has the Swedish Trotting Derby as the big goal of the year. Grand Prix de l'UET and Breeders Crown are also on the radar.
"We found an OCD in a hock that we took out on him last year so we haven't rushed him since we're aiming at the races in the fall. We have given him plenty of time and we haven't trained him to be in top form already in June" says the trainer.

"Will race into shape"
V86 is out on its summer tour. On Wednesday the turn has come to Solvalla to host the entire eight races on the card. Post time for the first V86-leg is 19:20. The closing leg is the featured race of the night — Prix Readly Express — with a good chunk of change to the winner over the middle distance.
Erik Adielsson is the new driver this year and he will have to solve the task from post position eleven in the second tier behind the gate.
Sabine Kagebrant is not dissatisfied with the post position in the second tier. Quite the opposite, as it sounds. Now the expectations will be turned down a notch for the horse who is supposed to race into shape.
"It's never fun when you draw these post positions. But I'd rather have post eleven now than in the Derby this fall. He feels good and has benefitted a lot from the winter training. We are very happy with him but he will simply need this start, plus a couple more to come into form. He's a very capable horse but where we are at now, against these horses, from that post position, we have no ambitions to win the race" says Sabine Kagebrant.