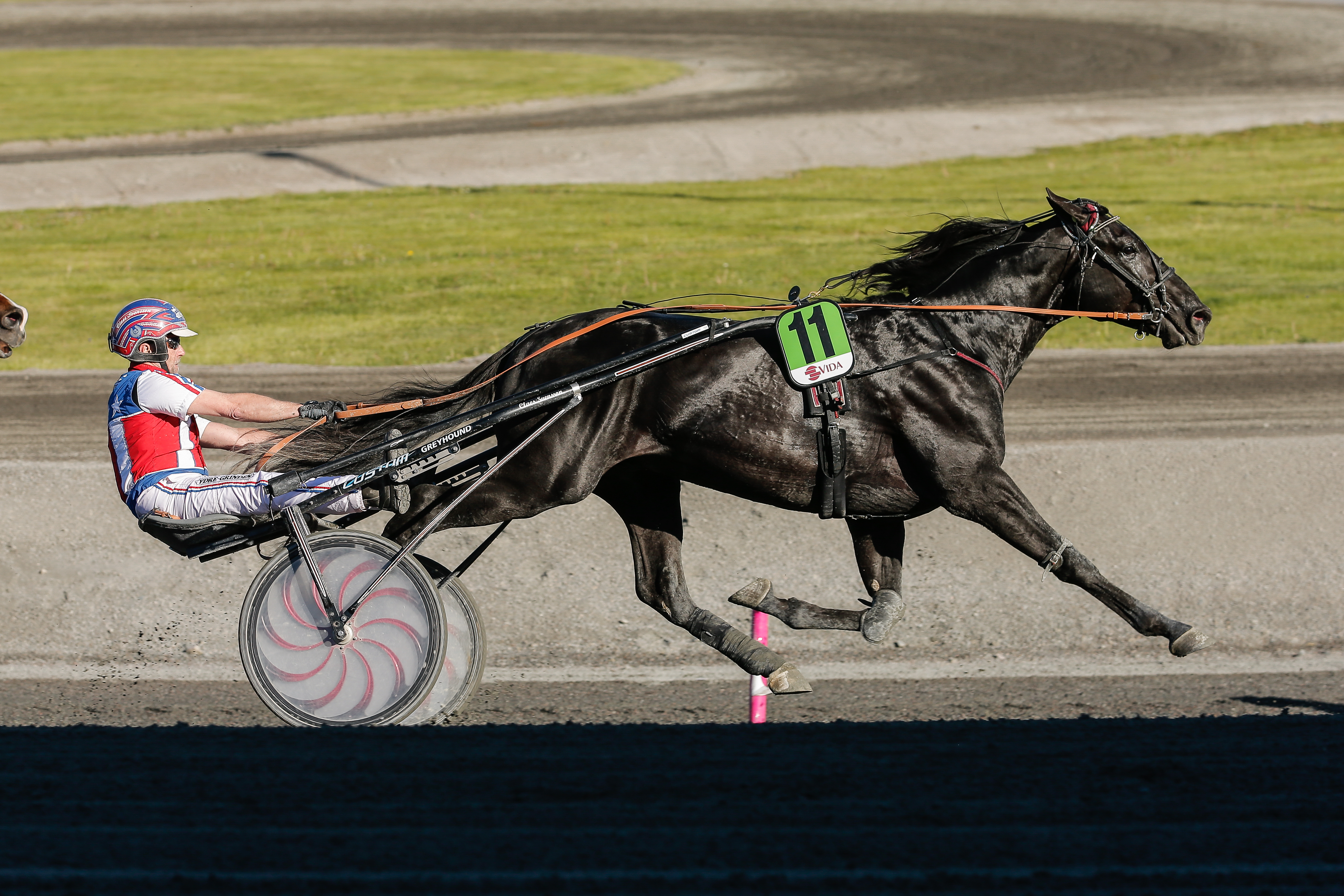 V86®: "I never feel chanceless behind him"

King Of Everything has not raced for 19 months.
On Wednesday, Claes Svensson's talented trotter returns on V86.
"I will give him a nice trip, but I won't be surprised if he wins" says the Vaggeryd-licensed trainer.

King Of Everything (V86-4) has always been in the spotlight. As a full brother to millionaires Moving On and King Sir Kir, the expectations have been sky high.
"I felt right away that he was no ordinary horse, he has that natural speed and he likes to trot fast" says Svensson.
King Of Everything got a very promising start to his career and had a strong spring as a four-year-old and Claes Svensson decided to race him in the Sprint Championship, where he also made it to the final.
"When you have a horse you think is really good, you want to try them in a bigger race. In hindsight it wasn't so smart. I guess he wasn't quite ready for that and he injured a suspensory in the final".
After having been turned out and trained back for six months, King Of Everything re-injured the suspensory again.
"That was a tough blow and we had to start over again. That second time, we gave him a long time off and a good foundation when we trained him back. We haven't had any set backs this time around and he has trained a lot at low speed. The fastest I had trained him before he qualified was 1:25/2,600 meters".
What did you think of his qualifier?
"I was pleased even if he slowed down a bit the last 100 meters. His heart rate was low and everything has been well afterwards. We had him checked up by a veterinarian and he gave us the green light to go ahead and race him".
What are you hopes for this start?
"I don't focus too much on the result. I would like to see him trot at full speed across the finish line. It's a fitting race for him, with volt start and long distance. Had it been a shorter race with the gate there would have been a higher speed initially and the horses would produce lactic acid, which I don't want him to".
How should the bettors treat him?
"He's a very good horse and his earnings don't match his abilities. He still has the will to race and the kick to his stride and I never feel chanceless behind him and I won't be surprised if he wins".
What does his future look like?
"First of all he needs to hold up for racing. In the short run I hope for a horse with four sound legs after the race. If he can stay sound going forward, I hope for a few nice years with him, he still has a lot undone on the racetracks".