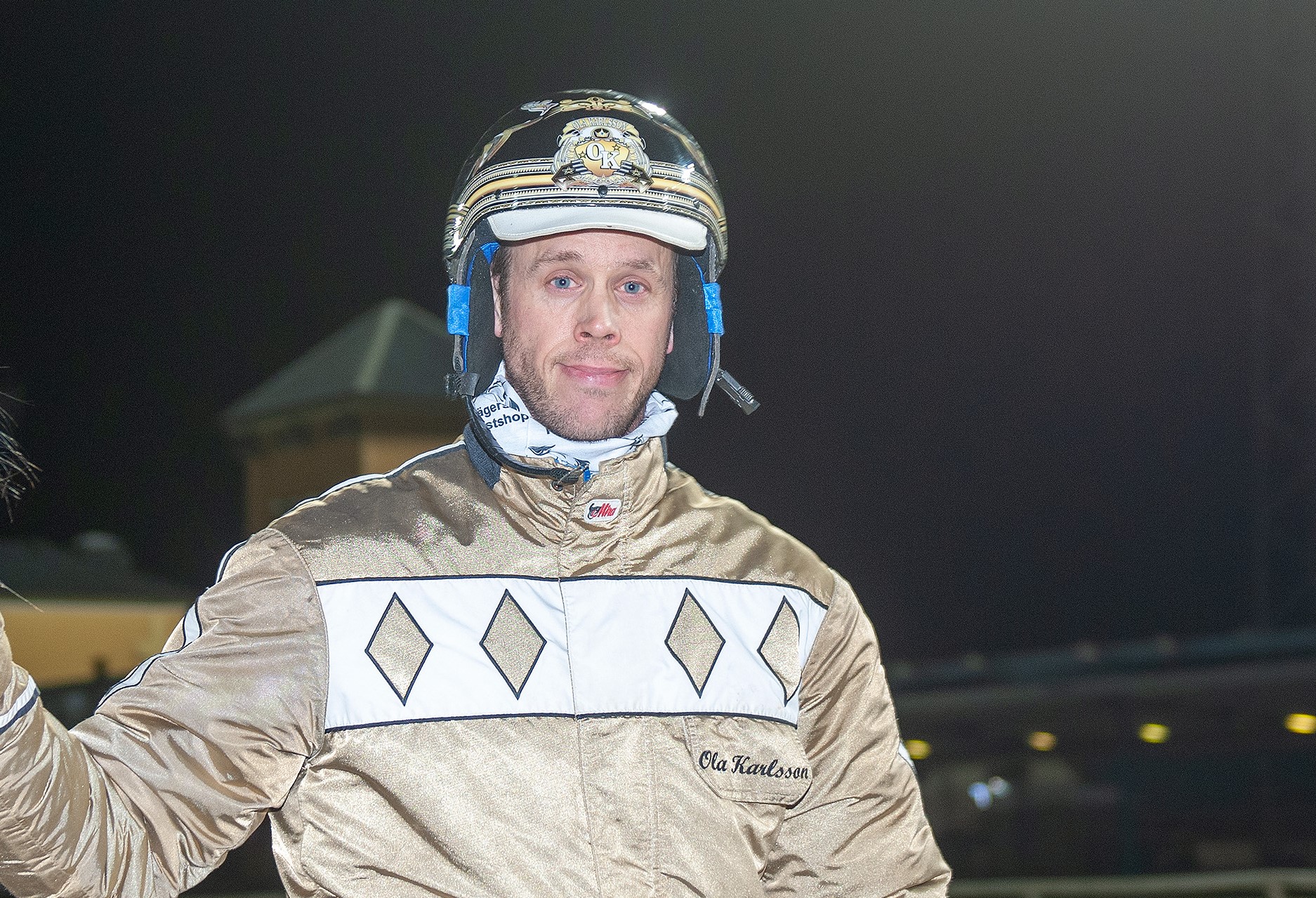 Ola Karlsson is off to a great start in 2021 with a win percent of 20.
He has two chances on V86® on Wednesday and the Jägerro licensed trainer sounds optimistic.
"It looks like one can finish top three and one can win".

2020 was a record breaking year for Ola Karlsson where his horses won 18 times in 129 starts and earned SEK 1.82 million. The start of 2021 hasn't been all that shabby either and after ten starts the stable has two wins, a total of seven top three finishes and earnings of SEK 274,000.
"I have no complaints. The horses have been good and they keep delivering".
Has the phone been busy after your success?
"A few people have called, among them someone who wanted me to train four horses for him. But at that time I coudln't, so I had to decline".
But you have room in your stable for another horse?
"We, meaning my girlfriend Catharina Petersson and I, own most of the horses ourselves and we like that setup. But of course there's always room if it's the right horse" says Ola Karlsson who currently trains nine horses.

Will change to an American sulky
On Wednesday Ola Karlsson has two starters on V86® at Åby, both with Jörgen Sjunnesson in the sulky.
"8 Panamera (V86-1) is in good form, but unfortunately we drew the worst possible post position. It's a short field with only eight horses, but we need help with the tempo if we are going to have any chance to win. The long distance is his best and it looks to me like he could finish top three at best. We will change to an American sulky this time".
"6 Run Brodde Run (V86-7) raced last Wednesday and finished third. He took the lead and let Quantum Roc go, then he followed along to finish third in a race that was won by Express A.P.. He is racing back to back weeks, but he hasn't done much in between and everything seems well with him. He is quick behind the gate and we will try to get to the front. If he gets there he has a chance to win, but at Åby there is also the passing lane to worry about. No equipment changes on him".
Other than that Ola is getting ready for the V75 finals on Saturday with Taxi Out, who broke his maiden last time, in his 42:nd start.
"Well deserved after many good efforts. He still feels very good in training" says the Jägersro trainer.