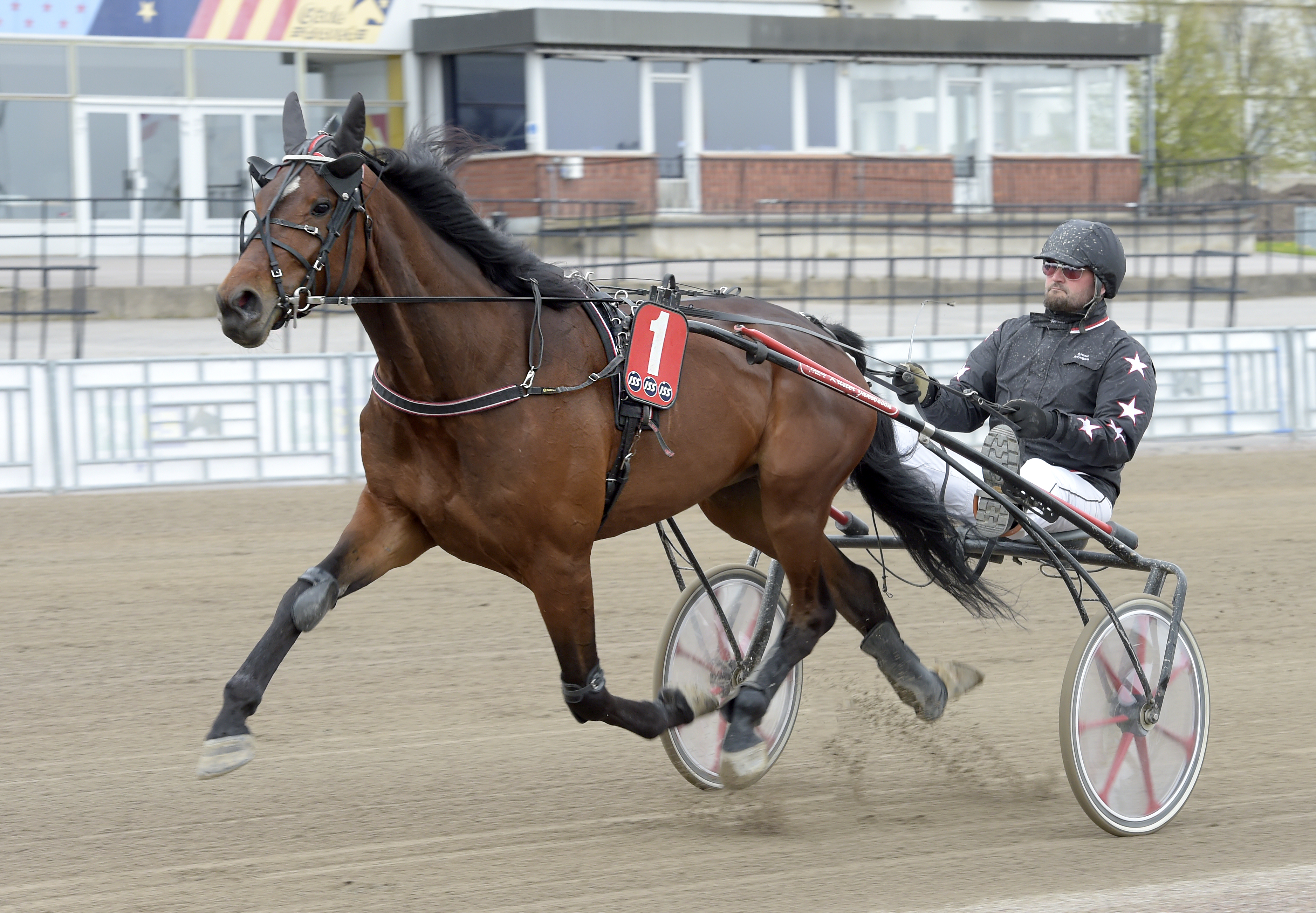 Krister Jakobsson is looking to win on V86 on Wedensday.
The four-year-old Capone Vox could not be in better form and the Bollnäs-licensed trainer takes the reins himself with one thing in mind.
"I'd love to get to the front. He leaves pretty well and we have to be ready when the gates open".

A race with 15 horses behind the gate kicks off V86 at Bergsåker.
Krister Jakobsson knew he would get a good post position when he entered Capone Vox to this handicap race.
It turned out to be perfect with post position two.
"He has made SEK 200,000 so far and he faces horses who have more experience here. But sure, I think he should be considered early – based on his current form and what he has shown in his most recent starts".
The Bollnäs-licensed trainer makes the trip to Sundsvall with two horses on Wednesday. Capone Vox and I'll Fixit are two of only three horses currently racing from the Jakobsson stable. 14 out of the 19 horses are two years old or younger. Six of the youngest ones will be transferred to the Bergsåker-licensed trainer Daniel Wäjersten.
"We are breaking six yearlings for Wäjersten and the rest are our own. I have cut down on horses a bit. I have done this for 30 years and I can't handle having too many racehorses anymore" says Krister Jakobsson.

Another Vox-horse
Dexter Frontline was a good trotter for Krister Jakobsson. He finished second in both the Kriterium as well as the Derby.
The reliable Narold Vox was retired this year and he is now enjoying life as a pet on the breeders' – Krister Jakobsson's parents –farm.
Capone Vox is another one of the family's Vox-horses.
"I think he has done well and lately the results have also come. If we are able to race barefoot again on Wednesday he would benefit from that. He raced OK with shoes, but much better without them".

"Felt really good"
Two starts ago the gelding finished second in Anders Kilhströms Minne for four-year-olds at home at Bollnäs even though he made a break.
Two weeks ago he won his most recent start from his favorite position – the front end.
"He took the lead easily and then we got to go slow. It was a very quick finish and especially around the last turn where he got pressured hard but he won with the earhood still on. That felt really good. When Kontio drove him in the start before he lost a lot of ground when he made a break after having been scared when there was an incident in a recalled start. He made up a lot of ground after that".
Sounds like Capone Vox is a horse in good form!
"Yes, the form is definitely there. He leaves pretty well but there's always a risk that someone from the outside leaves harder, so we will see. We have to be ready when the gates open".
V86-7 is another handicap race and 11 I'll Fixit starts from the second tier together with Ulf Ohlsson. The gelding was a huge upset winner on V86 at Bergsåker in December 2019 but hasn't won a race since...
"He has a hoof that bothered him for a long time. He has made five starts now after a long layoff and even if he has been sluggish, I was relatively happy with his most recent start. He trotted a pretty fast last kilometer at home at Bollnäs and the form is coming. I think he is ready for another good effort, but I have a hard time believing that he can win the race. Capone Vox is my chance to win".