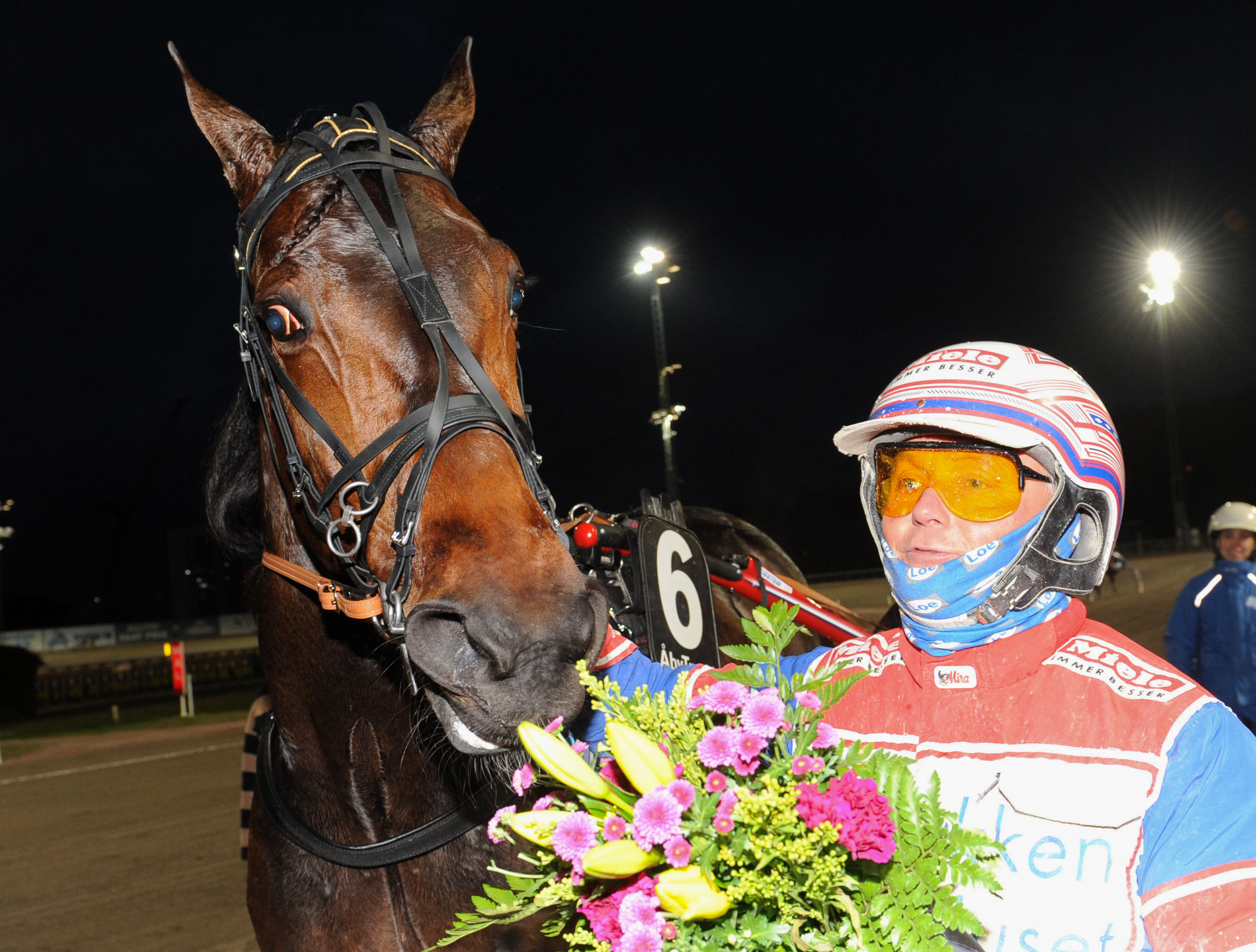 V86® (jackpot): A test drive with the Ferrari

After another throat surgery the super talanted Ferrari B.R. is on his way back again.
On Wednesday he makes another return to the racetracks when V86 is split between Bjerke and Solvalla.
"I will take this start as a test - but he has so much ability that he could win" says trainer Per Oleg Midtfjeldt.

The Norwegian track Bjerke has been closed due to the pandemic. On Wednesday the track opens up again as they co-host V86 together with Solvalla and it's a V86 card that comes with a jackpot worth SEK 18 million.
A horse that will draw a lot of attention is Per Oleg Midtfjeldt's Ferrari B.R. He will be the favorite in V86-1.
The now eight year old horse started his career by winning 18 of 22 starts and set the world record when he won in 1:09.9 over 2,100 meters in his tenth lifetime start. He was called a future super star and the connections were invited to all sorts of big races.
As a six year old the issues started showing up and the last couple of years haven't gone all that smoothly, quite the opposite.
"He's had problems with a lot of 'shit'. He's had problems with his heart and his throat. We did throat surgery on him but it didn't turn out the way we hoped. He hasn't been able to race continuously and hasn't been able to show his ability. He has made way too few starts for an eight year old and it's sad when you know what a good horse he really is".
Last winter Ferrari B.R. was shipped to France and went to Jean Michel Bazire's training. He won one race there before returning home to Norway and Per Oleg Midtfjeldt.
"He raced against tough horses and also got some very tough trips and that doesn't work down there and he turned sour. When he won he got a covered up trip and it was nice to see him win" says Midtfjeldt.

Not in top form but can still win
Ferrari B.R. has now gone through another throat surgery and the start on Wednesday will be a test.
"I'm happy with him in training. He has trained 1:17/2,100 meters a couple of times and he feels good. He is not in top form in any way and I will take this start as a test to see where he's at. At the same time I know what a good horse he is and I won't be surprised if he wins. He will race barefoot upfront and in a regular style sulky. As far as the bridle goes, it will either an open bridle or a can't-see-back".
Per Oleg Midtfjeldt has one more starter on V86. Encore Un Sisu, who is in top form starts in V86-5.
"She was really good in her last start and she is in very good form now. The distance now is not her best but if the pace is high she can win. She is tough at the end and I think she needs to be considered in this race. No changes on her".