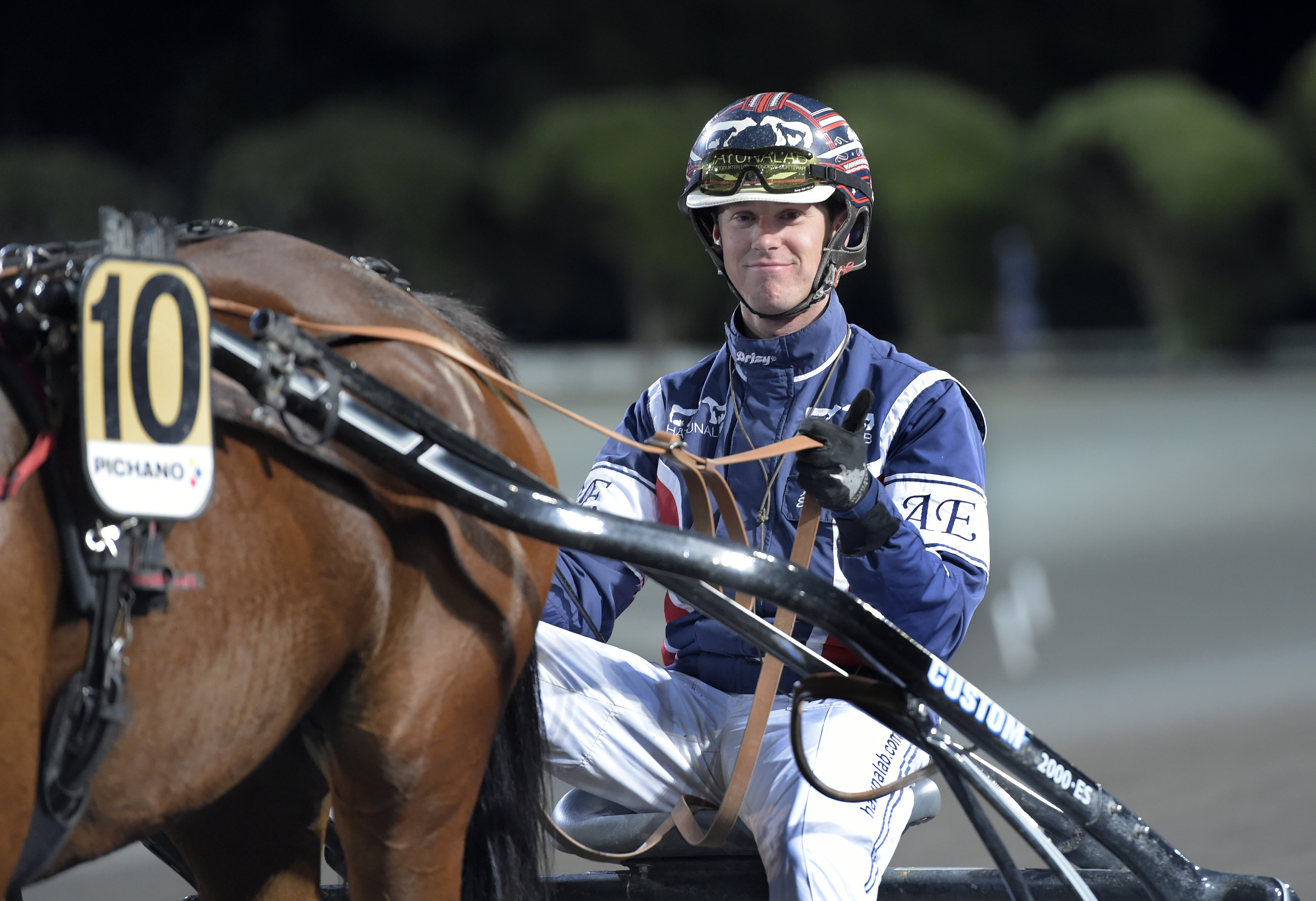 V86® (jackpot): Anders thinks he has a good chance to win with his poster boy

Experienced apprentice driver Anders Eriksson got his B trainers licensed in October.
At the start of the new year in two weeks the B will change to an A when he becomes a professional trainer.
What would be a better way to advertise himself and his public stable than winning on V86® with Global Appearance at home at Solvalla on Wednesday.
"I'm excited about getting started as a professional trainer. It's something I have dreamt of since I started working with horses" he says.

As an apprentice driver Anders Eriksson is very well merited and he won Guldklockan at Solvalla last year and he has also received Stig H Johansson's scholarship.
His last employer was Svante Båth where he worked for five years.
Anders recently finished the last part of trainer's school and has worked as a B licensed trainer at Sandemar, on Dalarö in the outskirts of Stockholm, where he shares a barn with trainer Morten Waage. He has nine horses in training as of now. He will activate his professional trainer's license at the start of the new year.
"We are starting with nine horses and the ambition is to gradually increase that number. We will start with what we have now over the winter and spring and then we'll see how things develop. I think the material we have to work with is interesting" says Anders.
What are the training opportunities at Sandemar?
"We are on classical grounds and everything you need is right here, a nice straight track, an 800 meter track, an uphill track and very nice jogging trails in the woods" says Anders, whose father is the Bollnäs licensed catch driver Ulf Eriksson.
Were there ever any thoughts of starting up your business back home in Bollnäs?
"I lived in Bollnäs when I was a kid, but moved to Stockholm when I was four years old. I considered starting up at Bollnäs, but I wanted to give it a try at Solvalla first".
What are your future plans for your business?
"The goal is to slowly build up my business and have a few employees and in four, five years I hope to have established myself to the point where I can be a player in the major stakes races. That's the goal I have".

Poster boy
A poster boy for the Eriksson stable could be Global Appearance (V86-4) who has won five out of his six career starts so far. His only loss came in his first career start at Gävle back in the summer where a short break ruined his chances of winning, but the comeback to finsih second was a five star effort.
"That was a great effort and I didn't really ask him" says Anders.
After that miscue he has won five in a row and he will be the big favorite despite starting from the second tier behind the gate in this race over 2,640 meters.
How would you describe your horse?
"He's versatile and has shown to be both strong and quick and he has won without having to go all out. He felt better than ever in his last start and everything seems well in training after that. Long distance again is an advantage and of course I hope he should have a good chance to win".
Is there a lot left do with him as far as equipment goes?
"He now races with steel shoes behind and PG shoes upfront, an open bridle and a set ear hood. He could probably race barefoot behind in the future but for now he is best with this balance".
Are you racing him over the winter or putting him away?
"We'll see what happens. The owner will get his say too, of course. But if he continues to feel good and the tracks are good, I hope to race him a few more times and give him some more experience. To race in the lowest class on V75 is not importat to me" says Anders Eriksson.
Global Appearance and Anders Eriksson are two names we will hear more about in the future.