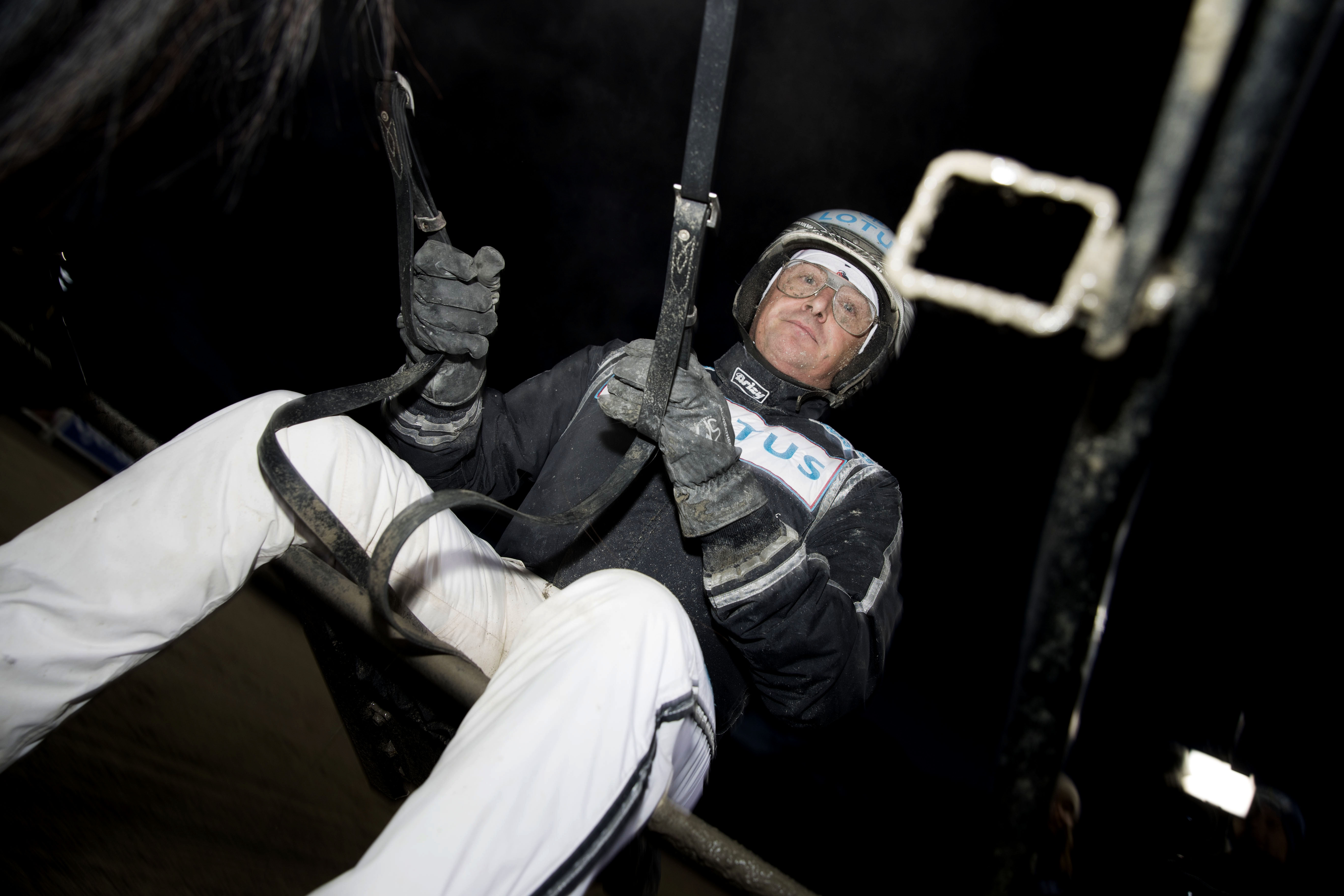 V86® jackpot: Bergh has something special to give

He was the leading trainer in Sweden, both overall and on V75® and won several major races last year.
Robert Bergh and his staff celebrates that by going on a skiing trip to Åre next weekend.
But before that, he races three interesting horses on V86® Wednesday night.
"I think all three of them has a chance to win" says Bergh.

The ex Bergsåker trainer is now on his third year as Åby trainer. After the move to the west coast, Roberth Bergh has continued being on top in the standings and in many major races. Last year Bergh stable had the highest earnings of any stable in the country. With SEK 29.5 millions he won the Swedish title and the win total was 239. Among the bigger races he won was both Kungapokalen and Sprintermästaren with Diamanten, Örebro International with Balfour and both Norrland Grand Prix and Ina Scots Ära with Muscle Hustle who also finished second to stable mate Diamanten in sprintermästaren. Bergh also took home the V75® trainer title with 37 wins.
"It was a fantastic year and a great feeling that things are starting to work ot better and better on the farm in Hajom. I also feel fresh and strong myself after a little tougher period of time" says Robert Bergh.

Great start of the year
The new year has started off great and last Saturday he took a V75 double with Digital Ink and Angle of Attack.And in France, Balfour is having great success, winning several races the last few months and has earned over SEK 800,000 since late October in France. He finished second at Vincennes today (Monday). Balfour made SEK 1.6 millions in 2017.
"Balfour was very good in his last start and has raced well the entire season. Even though it's been a long year for him, he's done very well and he's actually on his way home now for some vacation time".
"Digital Ink will also get a break and won't race again until April. I've felt that he has a lot more to do give on the track and he's been very sound and fresh. But he's needed more races to get in shape. Earlier I was worried that would get too hot but now he's had three nice races in a row where he's been very relaxed so that feels good. It's important that he keeps his harmony, then he's got good chances of a really nice year" says Bergh.

Other than that, Nahar turned 13 and therefor a mandatory retirement. He finished his career by finishing second at Bergsåker and the one time Elitlopp champ earned a total of SEK 13.2 millions.
Another one of Bergh's stars who has retired is Ed You. The ten year old gelding retired with earnings of SEK 6.6 millions.
"He'll make a great pet horse and anyone looking for a pet horse, let me know. Some horses age before others and he's a heavy horse who didn't get the spring back in his step with age".
"Geisha Sund (who finished second last Saturday on V75) only has two more races left in her career in January and February before becoming a broodmare. Västerbo Stuteri has purchased her and I think the plan is to breed her to Ready Cash".
Robert Bergh trains 140 horses and he says he's never had this many promising young horses in his stable.
"I have 50 two and three year olds and that's fantastic, I've never had that many young horses before. I usually have around six to ten each year. My owners want to buy young horses and I've had a couple good crops since moving to Åby".
"Earlier when I was in Sundsvall even though I've won all the major races for younger horses, I've never has these numbers" says Bergh.

"Wanted to give them something special"

This Wednesday's V86® comes with a jackpot that would give a sole winner SEK 12 millions. Robert Bergh is racing three horses and the following day, him and his entire team is going on a skiing trip to Åre for a few days.
"I'm taking the entire team from both Sundsvall and Gothenburg to Åre and we're flying up Thursday morning. It will be a lot of fun. I have such a great team and we do a few things together every year. I wanted to give them something special as a fitting en to last year. It's a good time with many horses off and before the season starts for real" says Bergh.

"He always has a chance"
But first, V86 on Wednesday and here are Robert Bergh's comments on his horses.
"Corroded (V86-1) is much better gait wise now and felt good in the qualifier. His gait was really smooth for being him and he trotted well even with shoes on. He's got a lot of ability for this class and the distance is an advantage since he's more fast than quick. He hasn't raced in a long time but I think he still has a chance here" says Bergh.
"Tudor Kronos (V86-5) got a tough trip on the outside in his last start in V75. He came out of that well and feels good training after that. He's gotten a lot better the last year and he showed last time that he didn't fall apart in the end. He's a strong horse and he felt very good training going in to his last start, following two straight wins. Hopefully we'll get some colder weather so the track gets a little firmer which he likes better. He gets more out of his big gait on a firm track and he really struggles on a sloppy track. It's a little tricky with a trailing position here but he always has a chance".
"Miss Jägers (V86-7) had bad luck last time. She felt good but touched the sulky in front of her going in to the last lap. That's why she made a break, at least that's what I think it was. She feels good and is training well. On a fast, firm track she should race well. If it get's sloppy, she won't like that. She's had a hart time in the past with sloppy track at Åby. She's an outsider here".

Who is your best chance on V86?
"I think they all have a chance but nobody is really hot considering their post positions" says Robert Bergh.