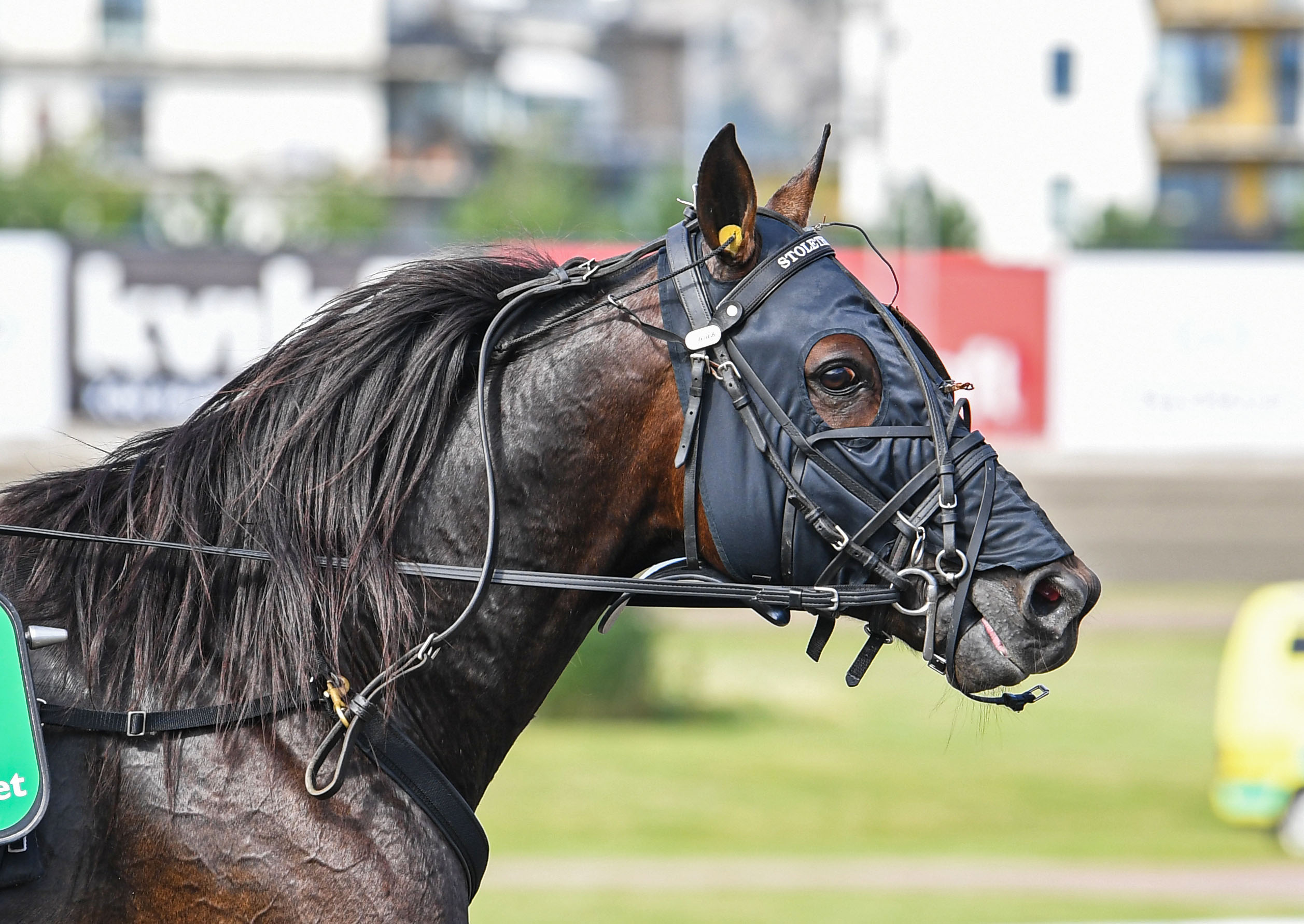 He might be a horse for Elitloppet this spring.
However, on Wedensday it's time for Stoletheshow to make his seasonal debut and trainer Marcus Lindgren won't guarantee anything as his horse has been away form the racetracks for four months.
"In normal form he simply wins a race like this - now we have to see how far his form takes him".

Solvalla Hästägares Vårvintervandringspris as the race is called is also the sixth leg this Wednesday of a V86® jackpot card where according to the prognosis a sole winner with all eight winners picked could take home SEK 18 million.
Stoletheshow is with SEK 3.4 million in earnings the richest horse in the field in V86-6 and he starts with a 20 meter handicap in this middle distance race together with driver Rikard N Skoglund. The Halmstad licensed trainer Marcus Lindgren is happy with both his horse and the conditions of the race.
Stoletheshow has during his career exceled as a front runner but this time he will race from behind in his first start of the year, as he starts 20 meters behind together with horses like Ferrari Sisu and Antonio Trot.
"We are not demanding a win out of him in his seasonal debut. But he has wintered well so I don't want to write him off either. He should be considered early and I would say that normally he should win a race like this...but it's hard to estimate his chances this time" says Marcus Lindgren.
The fact that Stoletheshow will race from behind at Solvalla makes it hard for Lindgren to predict the chances.
"The reason I entered to this race was the fact that I want him to race from behind. He raced in the lead eight times in a row and it will be good for him to do something different" says Marcus.

Known for a second place
Stolethshow was born in Norway and raced well in the stakes there during his first two racing seasons.
In 2019 he won Kriteriet and in 2019 he finished fourth in the Norwegian Derby.
However what Stoletheshow is most known for is a second place.
In Jubileumspokalen at Solvalla in August last year he finished second after an incredibly valiant effort where he got caught up in a tough battle for the lead and only saw Missle Hill beat him at the end. Rikard N Skoglund said no when Magnus A Djuse tried for the lead and Stoletheshow had to trot 1:05.7 speed the first 500 meters and 1:08.7 speed the first kilometer.
"Yes, that's a second place that will annoy me for the rest of my life. At the same time we are very proud of his effort that day. But it felt strange that a horse who raced so incredibly well didn't get to win the race" says Marcus Lindgren.
After the race there was just as much talk about Stoletheshow as the winner Missle Hill.
"I think that was the first time the public realized how good of a horse he is. I already knew. Since we haven't been able to top his form that many times, he has taken his time. We had him topped for Kriteriet and Jubileumspokalen. Besided that we have just maintained his form with regular training and starts".

"Not far behind Disco Volante"
The two time Elitlopp contender Disco Volante was trained down by Lindgren and started off his career with six starts in Halmstad.
Lindgren has a hard time deciding between Disco Volante and Stoletheshow who is the better horse.
"Well, saying who the best one is...is very hard. The horse with the biggest potential I've ever trained is Disco Volante. But this one isn't that far behind. And I don't know who will end up being the best horse this year".
Is Elitloppet a possibility for Stoletheshow?
"It's not impossible. But so far we don't have a specific plan for 2021, other than racing in the bigger races this spring and summer. I would like to wait until early April to see where he's at before we draw up a specific race schedule for him".
There were talks about moving the horse to the United States and Åke Svanstedt but you strenuously denied that. What was that all about?
"We had a difference of opinions within in the owner group and things just went wrong. We were four partners and one was not satisfied with the results. He is no longer a partner on this horse. Luckily that was resolved. This year we have been able to prepare the horse in a different way than last year when there was much more pressure. The starts after Jubileumspokalen should have never been made for example".
Stoletheshow has a chance to win on Wednesday but will need a few starts before he is in top form. Is that how we can sum it up?
"Yes. The horse hasn't been able to handle being pushed in training in order to top the form, so he has been raced on a continuous basis in order to better his form. He kept improving up until Jubileumspokalen. That's my plan for this year too. I don't want to push him in training too early in the season, I'd rather see him race himself in shape until we get to the bigger races in May. He will race with an open bridle as usual" says Marcus Lindgren.