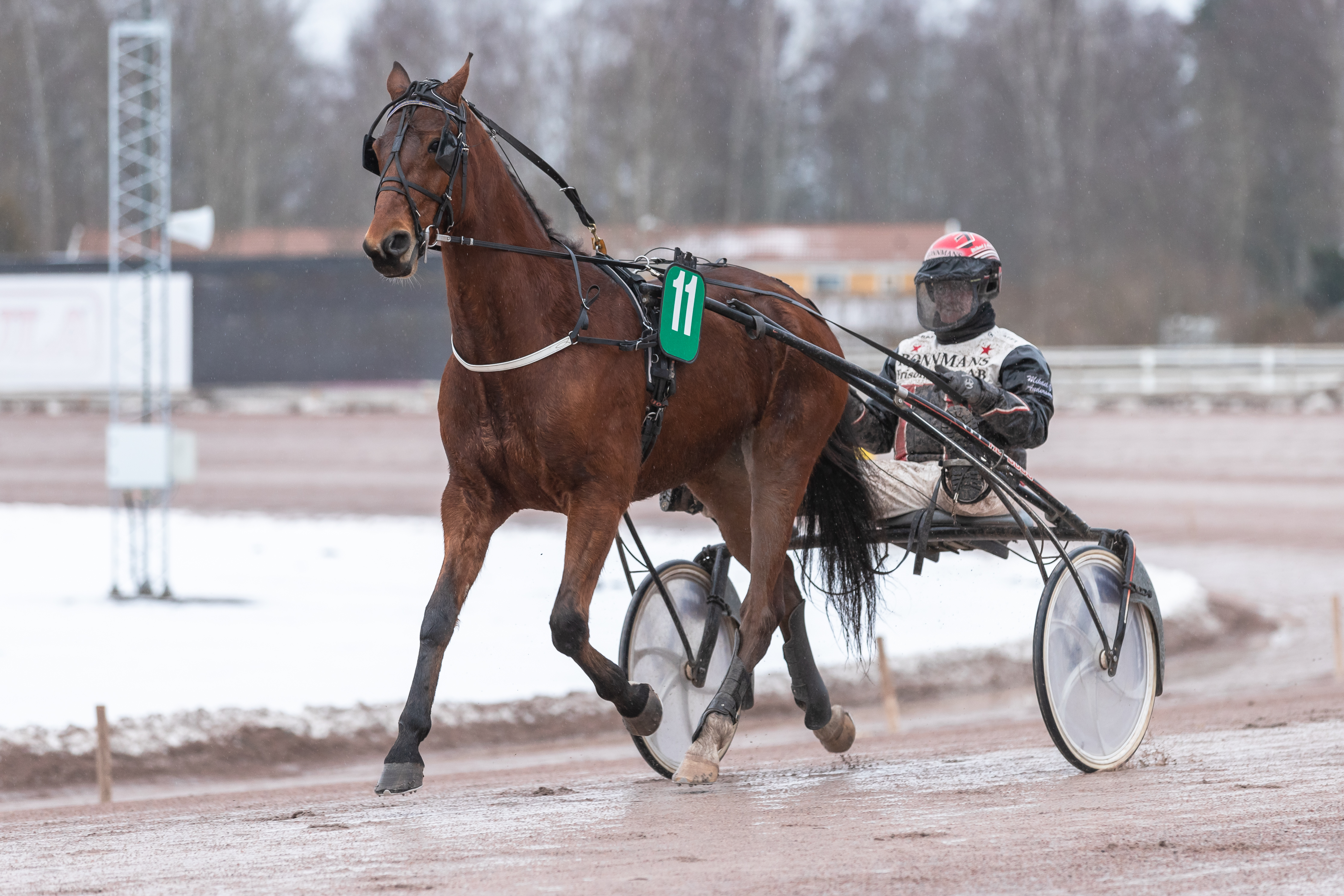 Under the saddle or in the sulky. For McGarret it doesn't matter. On Wednesday he is a hot win candidate on V86®.
"He is tremendously versatile. The only thing he doesn't like is a heavy track" says trainer Jesper Hedqvist.

On Wednesday Åby and Solvalla split the duties when it comes to V86®. There is a jackpot to be paid out and McGarret (V86-2) is a horse you could single on the ticket. The six-year-old has shown magnificent form lately and has done well both in monté as well as in the sulky.
"He has been very good and in his last start, he trotted 1:13 the last kilometer and had a resting heart rate after the race. It wasn't much of a race, but you can't do more than win. It was well deserved, I think. He had finished second for three starts in a row before that and hadn't been beaten by much in any of those starts".
If McGarret finishes top two he becomes a millionaire.
"That would be awesome and well done of him. Still, he had a weak season last year and never really found his stride. We made quite a few changes, we changed farms for example and it seems to have worked out well. He is in very good form now and it looks like a pretty good chance to win on paper to me on Wednesday. I have respect for Astronascente Zac who is a good horse with a good post position, but maybe he is not in top form since he hasn't raced for a while and has to race with shoes now".

The star of the stable
Jesper Hedqvist has 16 horses in his stable and McGarret is the star.
"It's nice to have a horse like him in the stable. As I said, he is very versatile and he races well on both short and long distances and he has no problems racing with shoes. I have raced him barefoot a couple of times but I haven't noticed much of a difference. The only thing he doesn't like is a deep, heavy track but luckily that doesn't happen often".
The fact that he is so versatile and races well with shoes has made the planning of his racing schedule easy.
"I chose to let him take it a bit easy last summer and also race him in the winter. The money is worth just as much this time of the year. The difference is that the races don't go as fast and post positions don't matter as much as they do in the summer when it's full speed from start to finish. McGarret is tough to hold off down the stretch with the right trip and I hope he can compete on V75 this winter".
With McGarret's qualities, he should be a horse that would do well in France, something that has crossed Hedqvist's mind too.
"Sure it has and several people think we should take the chance. He fits the classes well down there and he can race both under saddle and in the sulky, so it's a bit tempting, but I don't really have any contacts down there and it's a big project to start up. We will see, I think he will do well in the silver division over the winter and that's what I am currently aiming for".