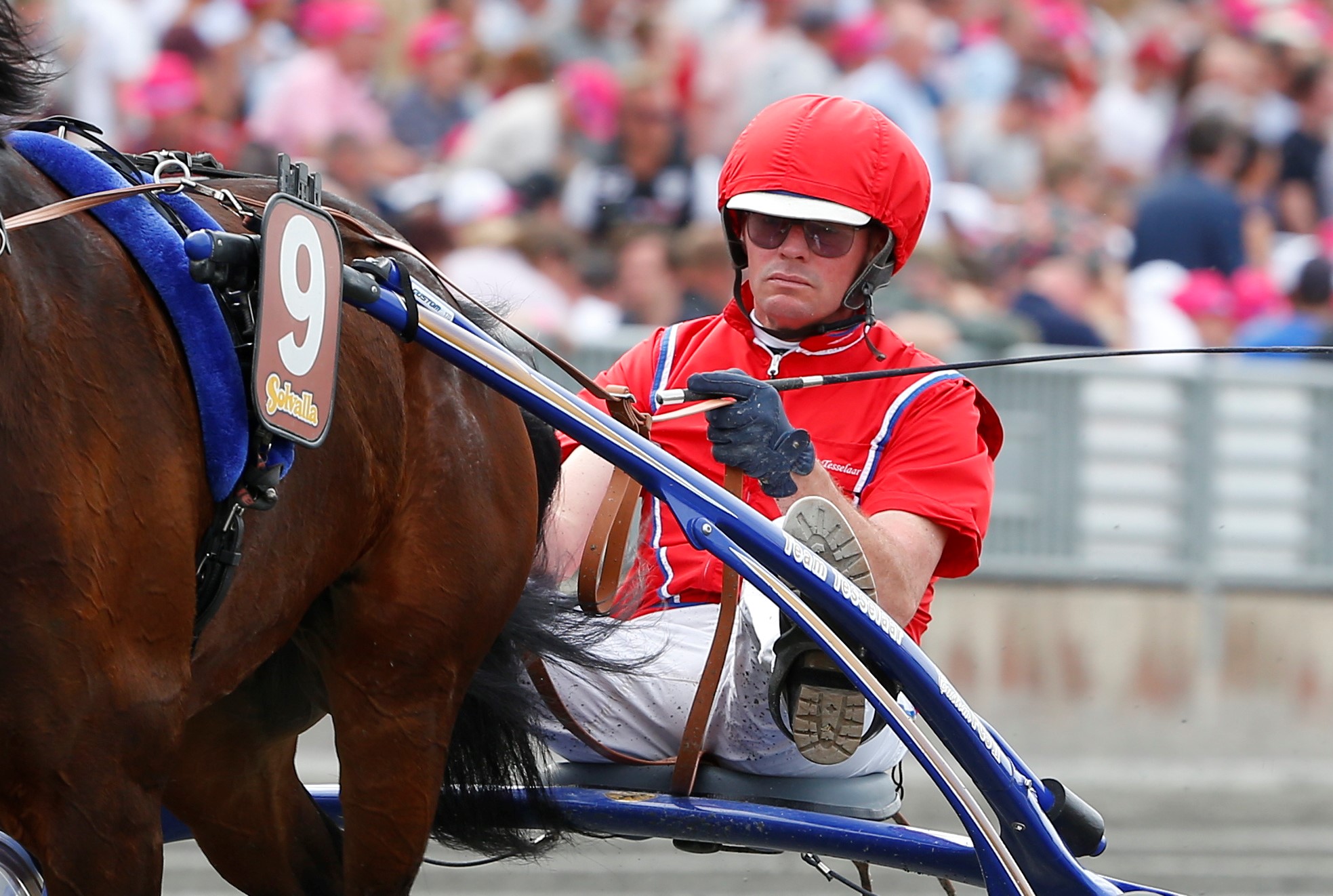 V86® on Wednesday comes with a jackpot. A sole winner can be SEK 20 million richer.
One of the eight races is the final of Breeders Course, where the interesting horse Gio Cash comes out.
"He's a big talent. He won his first start easily and I am coming to win" says the horse's trainer Dion Tesselaar.

Dion Tesselaar is one of the most successful trainers in the Netherlands. He trains over 40 horses and he races in Germany and some in France. He likes traveling to Sweden when the opportunity presents itself.
"The racing industry in Sweden is fantastic and I know I have to have a very good horse to have a chance of winning a race there. Both the trainers and drivers are world-class".
The Dutch trainer is focusing on younger horses and has developed several talented horses and on Wednesday, when V86® is being split between Solvalla and Jägersro, Tesselar is making the trip to Jägersro with an interesting two-year-old.
"Gio Cash is a real talent, no doubt. But it's hard for me to put him in with the best horses I've trained. He has only made one start and he has a lot left to prove".
Gio Cash won his racing debut very easily in 1:14.8/1,609 meters (2:00.2) after a second over trip at his home track Wolvega.
"He won very easily and wasn't tired. So far he hasn't shown any weaknesses and he is a fast horse".

The long trip is no problem
A long trip awaits Gio Cash this time, but that is nothing the trainer is worried about.
"It takes us nine hours to Jägersro and that's a long time, but I don't see it as a problem. He's a cool horse and I would never make the trip if I wasn't sure how it would affect him".
Is he fast out of the gate?
"He left well in his racing debut and also when I had tried him behind the gate before he started racing, he left fast".
Do you have a game plan ready?
"I will try to leave fast and if he makes it to the lead, I might race him there".
What do you think his chances are in this race?
"Oh wow, that's hard to say. I really don't know the opponents. I hope and think that he can trot under 1:14 at Jägersro which is a faster track than Wolvega and I hope that will be good enough".