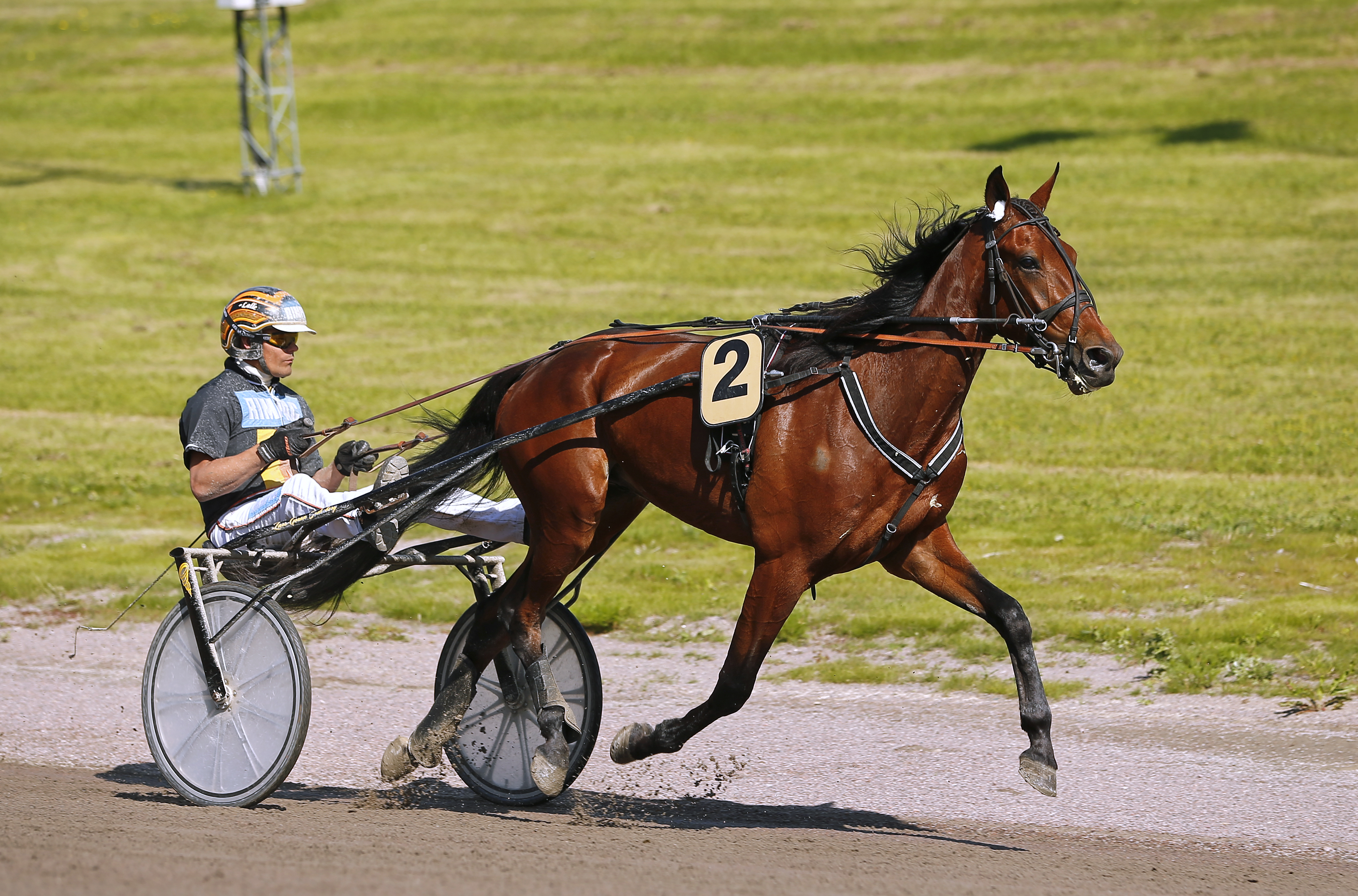 V86: Lends the best chance to the young talented driver

Lars-Göran Söderberg has two starters when V86 comes to his home track Bergsåker.
He believes his best chance is Classics Never Die in the first V86 leg.
"We are changing his driving bit. He got an interesting post position and Mats is a fantastic driver".

One of the old stagers at Bergsåker is trainer Lars-Göran 'Lalle' Söderberg who started his training stable in 1993 and he is now training at a fram in Västbo, 15 kilometers south of Sundsvall. He is running his stable by himself without any employees.
"I like this setup and I have people who can help me out when needed. It works out well" says Lalle.
Today he has ten horses in his stable.
"That's a good number for me and I like working outdoors with the animals and it also makes my business profitable".

"I have worked hard with limited stock and been able to surpass SEK 1 million in earnings every year the last four years. I have to be pleased with that since I don't have any expensive horses in my barn".
Lalle has stayed at Bergsåker all these years and he misses the time when Åke Svanstedt, Lasse Lindberg, Christer Nylander, Robert Bergh, Bosse Eklöf and Ulf Ohlsson were all active at the track.
"We have lost a lot of profiles over the years, but we have a big name for the future in Daniel Wäjersten. He's a very serious trainer who has gotten a great start to his training career after he moved here. Seems like he has a very bright future ahead".

"Light version of Örjan Kihlström"
Lars-Göran Söderberg has two starters at his home track as they co-host V86 together with Solvalla this Wednesday.
You start with Classics Never Die (V86-1) where you chose to not drive yourself and put Mats E Djuse down to drive instead. What's the status on this four year old?
"He’s in good form and he hung on OK in a fast finish two starts ago after a pocket trip. In his last start he made a break in the start and I think something was bothering him in his mouth. Therefor we will change his driving bit for this start. He feels good in training and he got an interesting post position here. He only has two wins in 43 career starts, but he has finished top three in 23 of those. If everything works out with the trip he could finish top three again".
What are your thoughts on Mats E Djuse as a driver?
"Very good. In the beginning he was a light version of Örjan Kihlström, but I think he has gotten tougher and tougher in the races. It's hard to describe but he's got a very good set of hands and he handles the coldbloods just as good as Ulf Ohlsson for instance. Since he was available I took the chance to put him down this time".
You are driving Fragolini Am (V86-5) yourself. What can she do from her 20 meter handicap in the mares final of Norrlands Elitserie with a SEK 150,000 first prize?
"I lay low with her. She raced at Östersund last week and made a short break in the first turn. She got a covered up trip after that, but down the home stretch she was dead tired. She was even put on the steward's list due to being too rough gaited. She didn't eat or drink normally for a few days but now she's back to normal again and looks good. Something was bothering her that week. From this post position I will give her a nice trip and hope for the best. I had entered her with an American sulky but since she drew post position two with volt start, she will race in a regular style sulky".