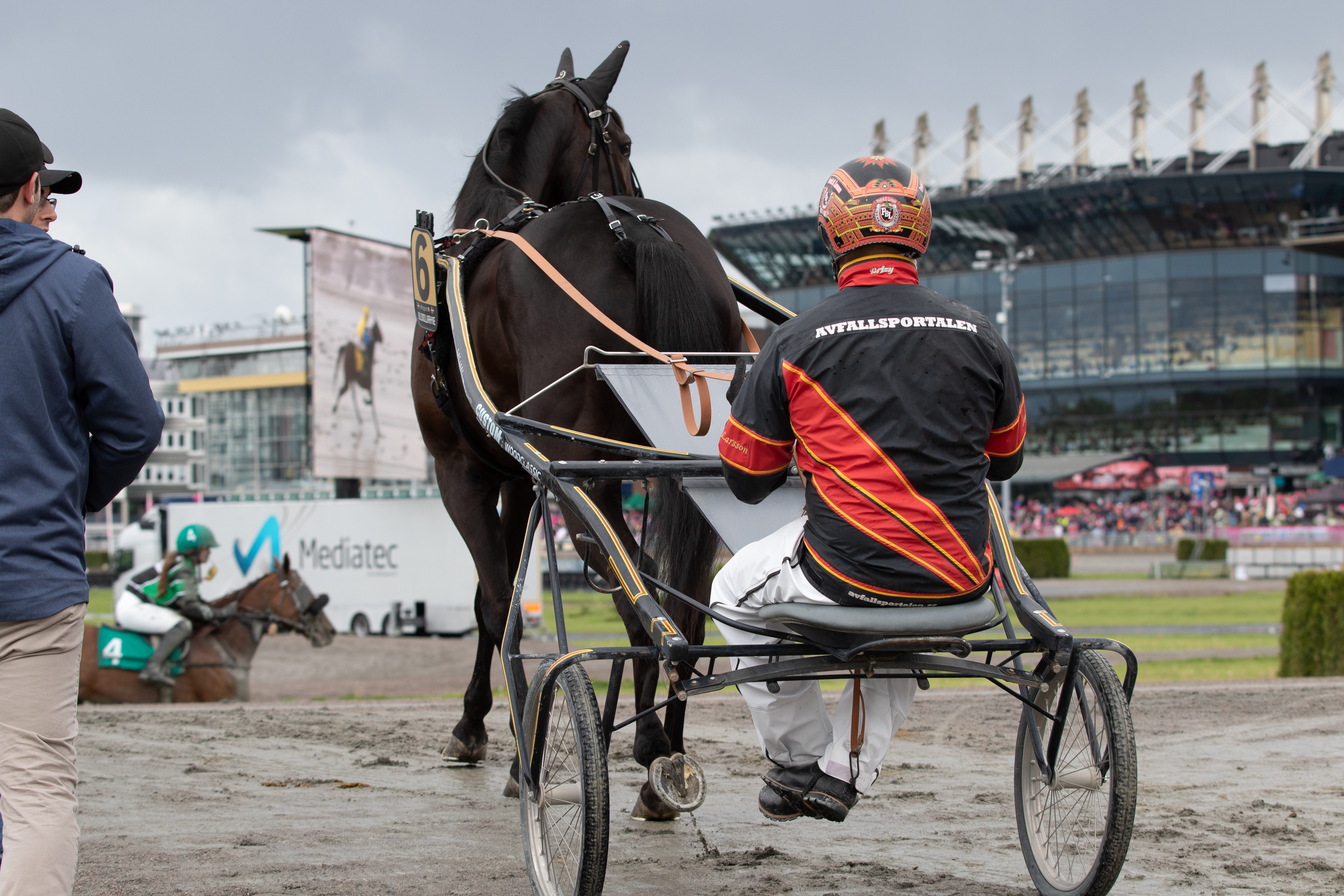 A pink ticket is added to the purse.
For Milliondollarrhyme it could mean his fourth straight start in Elitloppet.
A lot is at stake in Meadow Road's race, this week’s V86 feature.

Meadow Road's race is the icing on the cake when Solvalla and Jägersro co-host V86 this Wednesday.
A race where not only SEK 100,000, but also a pink Elitloppet ticket awaits the winner.
This is the 20th edition of the race who honors one of out most iconic winners of Elitloppet and many great trotters have gone through Meadow Road's race into the biggest scene of them all, the last Sunday of May. Scarlet Knight won the first two years, Delicious has won it and so has Nuncio who used it as his last preparation before the 2016 Elitlopp.

Hoping to find the explosiveness
This year, 6 Milliondollarrhyme (V86-6) is one of the hopefuls.
An experienced Elitlopp contender nowadays. Fredrik B Larsson's star trotter makes his third start of the year on Wednesday. After having won his seasonal debut, he finished second in The Onion's race last time out and trotted 1:10.2 over 1,640 meters, but the trainer thinks his horse will be much sharper this time.
"He raced first up then and he did OK, but not more. He was missing that explosiveness that he usually has, but it feels like he has it now" he says and adds:
"It's a tricky race, we drew a bit too far out to be completely happy but we hope for a good trip and we have to belive in our horse".

Has stepped up the training
It is no ordinary bunch Milliondollarrhyme is lining up against behind the starting gate.
As it should be when a pink ticket is on the line. Among the opponents we find the already invited Vernissage Grif, last year's Elitlopp contender Click Bait, the very interesting Beads and of course Snowstorm Hanover who last time defeated Milliondollarrhyme.
After having made two starts this year, Fredrik B Larsson now hopes that the top form is nearing for his eight-year-old.
"He has gotten two starts in his legs now and it feels like the form is getting better. He has felt very good in training after his last start. I have trained him some sharper intervals to help find the right form now. He has been very calm, almost a bit lazy before his first two stars this year, but that's good, that's how we want him. But now I want him to get in top form".
How is he compared to this time of the year last year?
"I think he feels at least as good now as he did a year ago. Things have worked out well with him for a longer period of time now, even though he hasn't been in top form yet this year. But that was by design. Now it's go time and show time".

Could be fourth time racing in Elitloppet
A potential Elitlopp start would not be news for Milliondollarrhyme.
As a matter of fact, this fighter has been in the starting field the last three years. His first time, in 2019, he finished fourth in the final, a result he duplicated the following year. Last year he didn't make the final, after finishing fifth in his elimination.
"If I can get him in the form he needs to be, then I think he is a horse who belongs in this type of race" says Fredrik.
Last time he raced barefoot, how will he go this time?
"He will race with shoes this time. Barefoot is not always positive for him, that was the case in his last start, so this time he will race the way he usually does, with shoes".