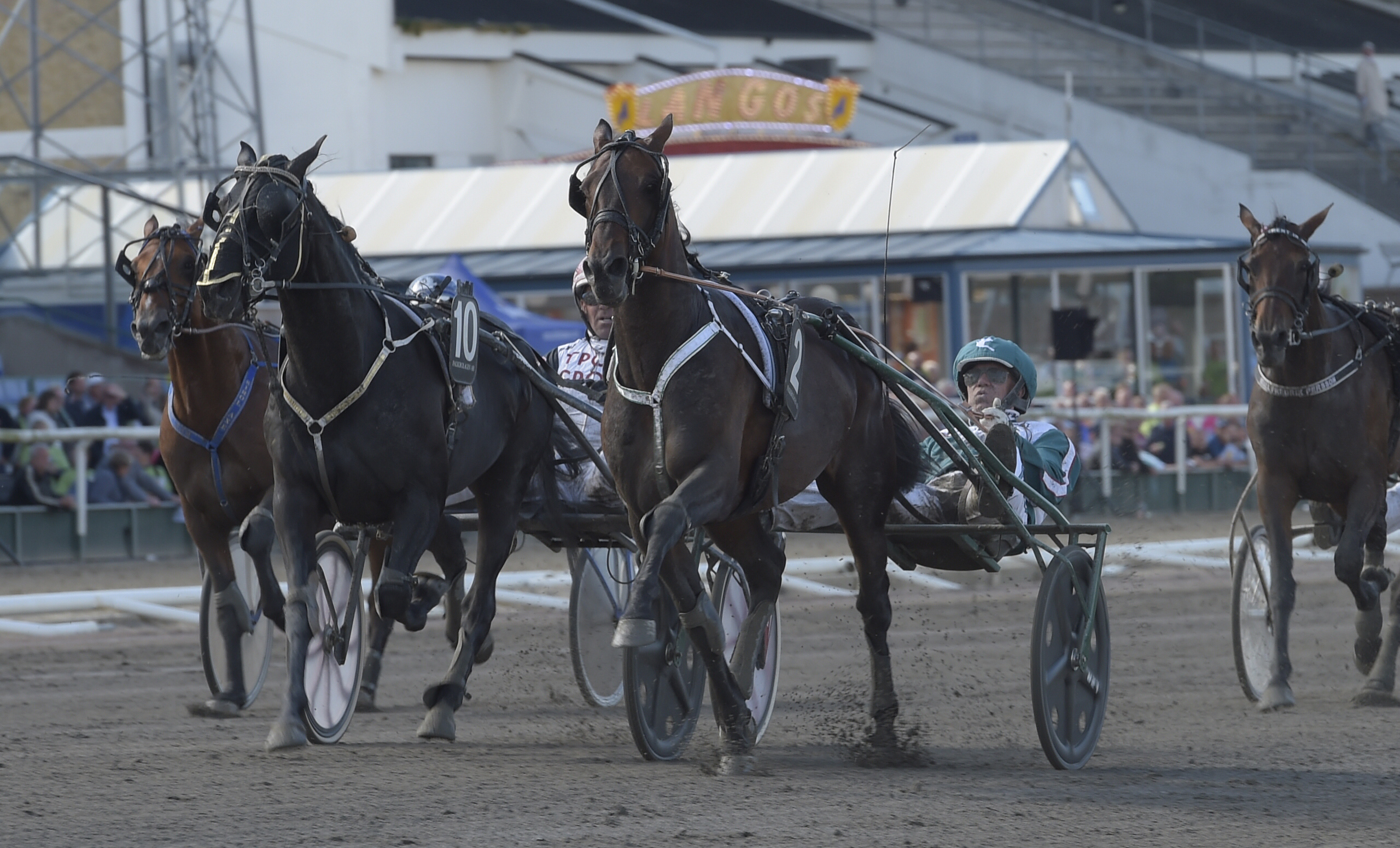 Last Saturday Who's Who gave us quite a performance on V75®.
This Wednesday Pasi Aikio is racing another son of Maharajah.
"His biggest asset is his strenght but I wouldn't say he's much like Maharajah" says the Solvalla based trainer.

Super star Maharajah is retired and is now living his life as stud at Menhammar Stuteri outside Stockholm. Pasi Aikio is the trainer of the farm and of course there are a few sons of Maharajah on the premisses. Four year old Who's Who looks a lot like his father and last Saturday he made his father proud when he won on V75®. One year older Undies (V86®-6) has not inherited his father's looks as much but that doesn't stop him from being a successful racehorse and he can give his father more bragging rights when he makes his first start of the year on Wednesday night at Solvalla.
"He's trained well all winter and he's had a lot of training but not too much speed so he will need a couple of races before he gets in match shape so to speak. I think he will race well right off the bat but I don't expect to just come out win right away" says Pasi Aikio.

His gait needs some work
Undies has so far won 7 of his 23 starts and many times shown that he is a very capable horse. But his gait often leaves a lot on the table.
"The strenght is his weapon. It's his gait that needs some work. But that will come once he races more, gets more experience and gets stronger".
How far do you think he can go when he gets his gait under control?
"It's hard to say before he finds his gait but we hope he can be a good racehorses and compete up the classes on V75".

Enough ability but maybe not enough form
The distance on Wednesday is 2,640 meters and Undies drew number four behind the gate. Trainer Pasi Aikio will do the driving himself. He's done so in five of Undies' starts and won with him twice.
"My first choice was Örjan Kihlström but he picked another horse so then I'll drive him myself. The plan is not to place him first up. If we happen to land there that's fine but it's not the game plan".
The fastest heat Undies has had was 1.20/2,100 meter at Solvalla. Pasi Aikio tells us his horse is not in top form but he doesn't want to diss him completely.
"It's tricky because horses can fool their trainers. Maybe that 1.20 got him more ready than I think. He has enough ability to win this type of race when he's in good form and the distance fits him well but I want to lay low since I belive he will need a couple of races to get in form"
Equipment wise Pasi Aikio doesn't hold back.
"We'll race barefoot, in the American sulky and with a blind bridle. He raced like that last year too" says Pasi Aikio.