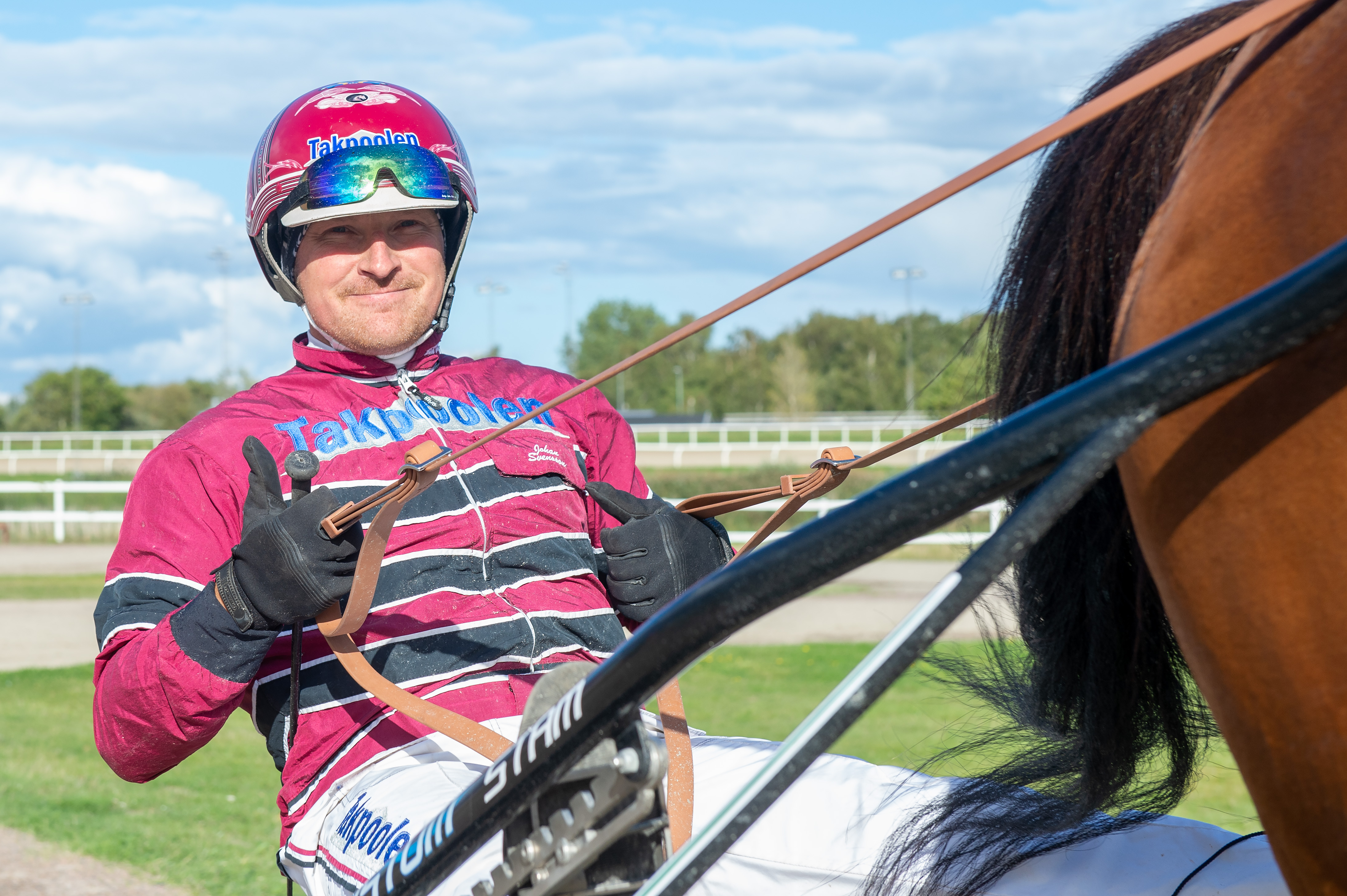 V86®: One good chance to win and one long shot for Svensson

A pace that was too high in the middle of the race took its toll on him in his seasonal debut.
But with a start in his legs, Michelot is ready to battle for the win.
Johan Svensson thinks he has a good chance to win and also puts out a warning for his other starter.

Solvalla and Jägersro are co-hosting V86® this week and Halmstad licensed trainer Johan Svensson makes the trip to the latter of the two tracks with two horses.
The four-year-old gelding 2 Michelot (V86-3) showed plenty of ability last year and won a Breeders Course bonus race in the fall. In his most recent start, which was also his seasonal debut, he lost from the lead after a quick first kilometer.
"It was a bit too tough for him the first kilometer, but I was still happy with his effort, it was in line with what we had expected, but maybe not so happy with the result. He had to go unnecessarily fast after 500 meters, but everything seems good with him after that and he has trained well at home".
Would you say that your horse is much improved after that start?
"You can feel that he came out of that start well. He got a lot of heavy training last winter and had only gotten two faster heats before his seasonal debut, so of course he was not in top form. That start should improve his form quite a bit" says Johan Svensson and adds:
"It's easy to forget that this horse made a lot of money in the end of last year and moved up the classes pretty fast, he was in against tough horses and I think it was a bit unfair that he was the favorite in his last start, considering he is still pretty green in these races".

Persson doesn't have much of a choice in the start
He can leave fast, Michelot. He showed that in his last start and has done so earlier too. The trainer was happy to see that his horse drew post position two this time.
"Today, I feel like his best distance is 2,140 meters and he can leave fast and what feels best about this horse now is that he has developed mentally. Stefan was pleased with him last time out and I expect him to behave also on Wednesday".
So, there is not so much to say about the tactics?
"He usually takes off a bit in the start so I don't think Stefan has much of a choice, to be honest. Once he gets to the lead you can rate him, he doesn't try to run off on you. I think his last start was tougher than this field and it looks good on paper, at least. My feeling is good, it always is with this horse".

Don't Be Shy trains like a monster
Shortly thereafter, the second starter from the Svensson stable hits the track. That is the seven-year-old mare 8 Don't Be Shy (V86-5). She hasn't found the way to the winner's circle in a while now, but you can't complain about her form.
Johan thinks that Don't Be Shy has had some bad luck lately and wants to put out a warning.
"She trains like a monster but she needs some racing luck too, which she hasn't had for a while. We haven't pulled the earplugs or the pull-down bridle in her last two starts and she feels very good now".
"She needs a perfect trip and had I gotten the chance to a pick post position for her, I think I would have picked the one she drew. Sure, she is in against a couple of mares in very good form, but I don't think you can ignore her and I wouldn't be surprised if she wins. If you're looking for a longshot in the race, she is defintely one that can upset with the right trip".