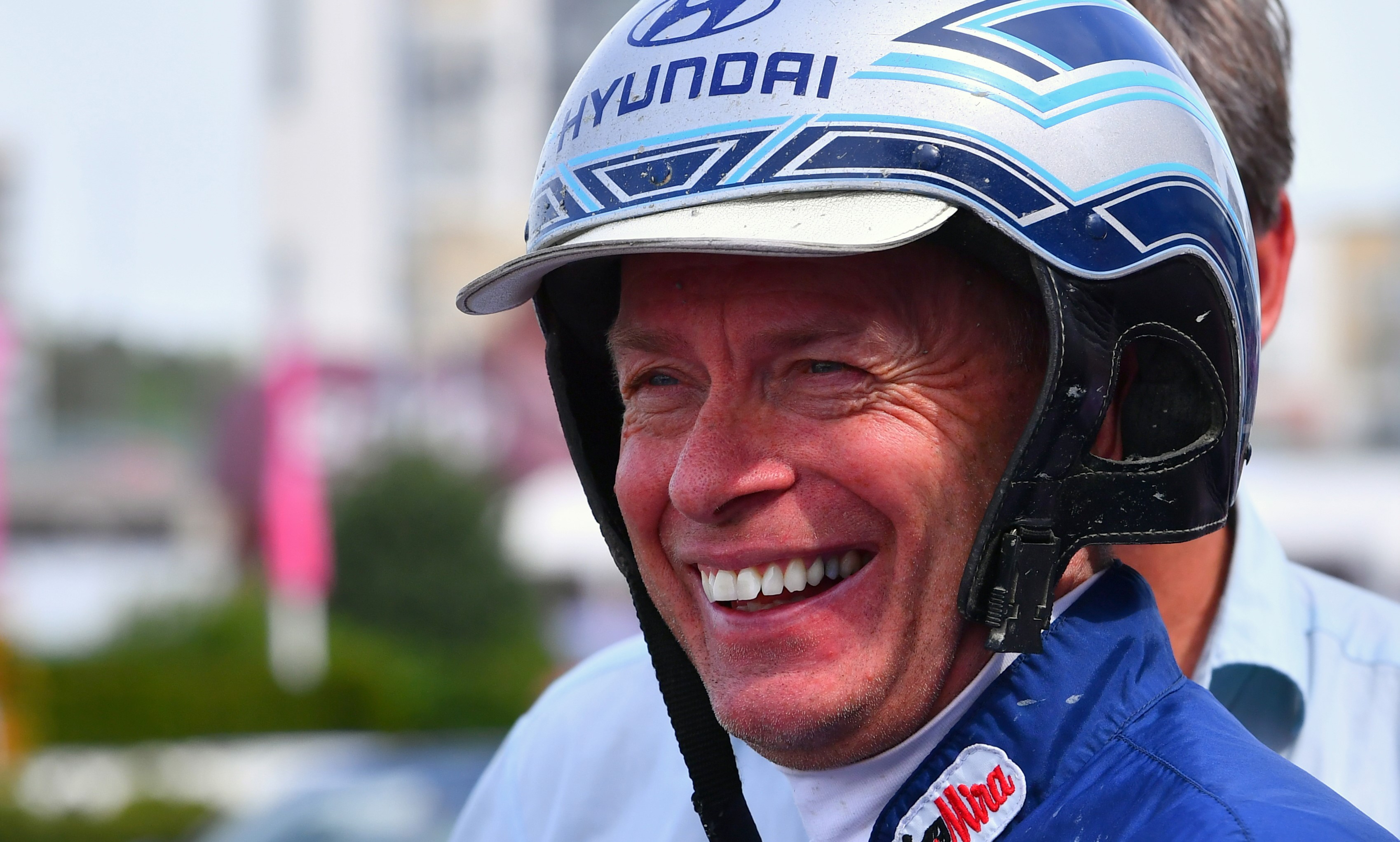 Frode Hamre, a Jarlsberg-licensed trainer has been among the leading trainers in Norway for many years and when V86 this week comes to Bjerke, he contributes with five starters - divided into two races.
The Swedish born four-year-old 2 Hulken Sisu (V86-1) has raced in Sweden several times lately. Three starts ago he closed strongly to finish third in an elimination to the Swedish Trotting Derby and in the following start he reached the same result in the Swedish S:t Leger. In his most recent start, Hulken Sisu raced in a leg of the breeders Crown series at Färjestad, but he ended up making a break across the finish line.
"He never really got in the race at Färjestad last time out but he closed well and it was just an unlucky break at the end. The horse looks good, he trains well and he is sound and healthy. The post position is perfect for him this time and he has raced against very tough horses lately, this feels like a step down in class. He should be considered a win candidate" says Frode, who has two more horses in the same race.

Has two more horses in the race
4 Global Undefeded (V86-1) was still undefeated after his first 14 career starts and has kept a high win percent also after that. He has won six starts so far this year and in his most recent start, he finished third after a strong finish.
"He has also raced very well, in his last start he closed very fast and two starts ago he won, coming from way back. He's a versatile horse in top form. No changes for this start and he is also good enough to win if he can beat Hulken Sisu".
8 Brage Hindö (V86-1) is the third Hamre horse in the initial V86-leg. The eight-year-old closed well two starts ago but made a break as he was advancing in his most recent start.
"Brage Hindö was good at Färjestad two starts ago in a very fast finish. Last time out he made a break in the last turn and he can be a bit tricky when he is out wide like that. He is also in good form and even if he drew the outside post, it can't be that bad since there are only eight horses in the race. He will race barefoot all around this time, which should improve him".

Two three-year-old fillies against older mares
V86-7 is a race for fillies and mares, where Frode Hamre has entered two three-year-old fillies against older mares. That's nothing that worries the trainer, though. Both these U.S.- born fillies have shown a lot of ability.
"4 A Perfect Dutchess (V86-7) last raced at Jarlsberg and won very easily, she's a very nice filly. She is only three years old, but I don't think it matters in this race. She has raced against older before. She finished third behind 1 Fidanza two starts and she's a good mare, but my filly should have a good chance to win this. She will race barefoot upfront this time and we will put a blind bridle on her too. It will be interesting, she's a nice type of filly".
Another three-year-old filly, 2 Callas (V86-7) seems to have found her form too. She comes into this race with two consecutive wins, both taken on the outside.
"She has been very good lately, she seems much more stable now. She won after having been parked out in her most recent start and she got a similar trip in the start prior. It feels like she is really coming together nicely now, this little filly. She still can't leave all that fast yet, but she drew the perfect post position for her. She would benefit from an overpaced race. My fillies have equal chances, should A Perfect Dutchess have to go on the outside, it could increase Callas' chances".
Who would you say is your best chance out of these five starters?
"All of my horses are good and they should all be considered win candidates. If I have to pick one, I will go with Hulken Sisu who I think has the best chance to win" says Frode Hamre.