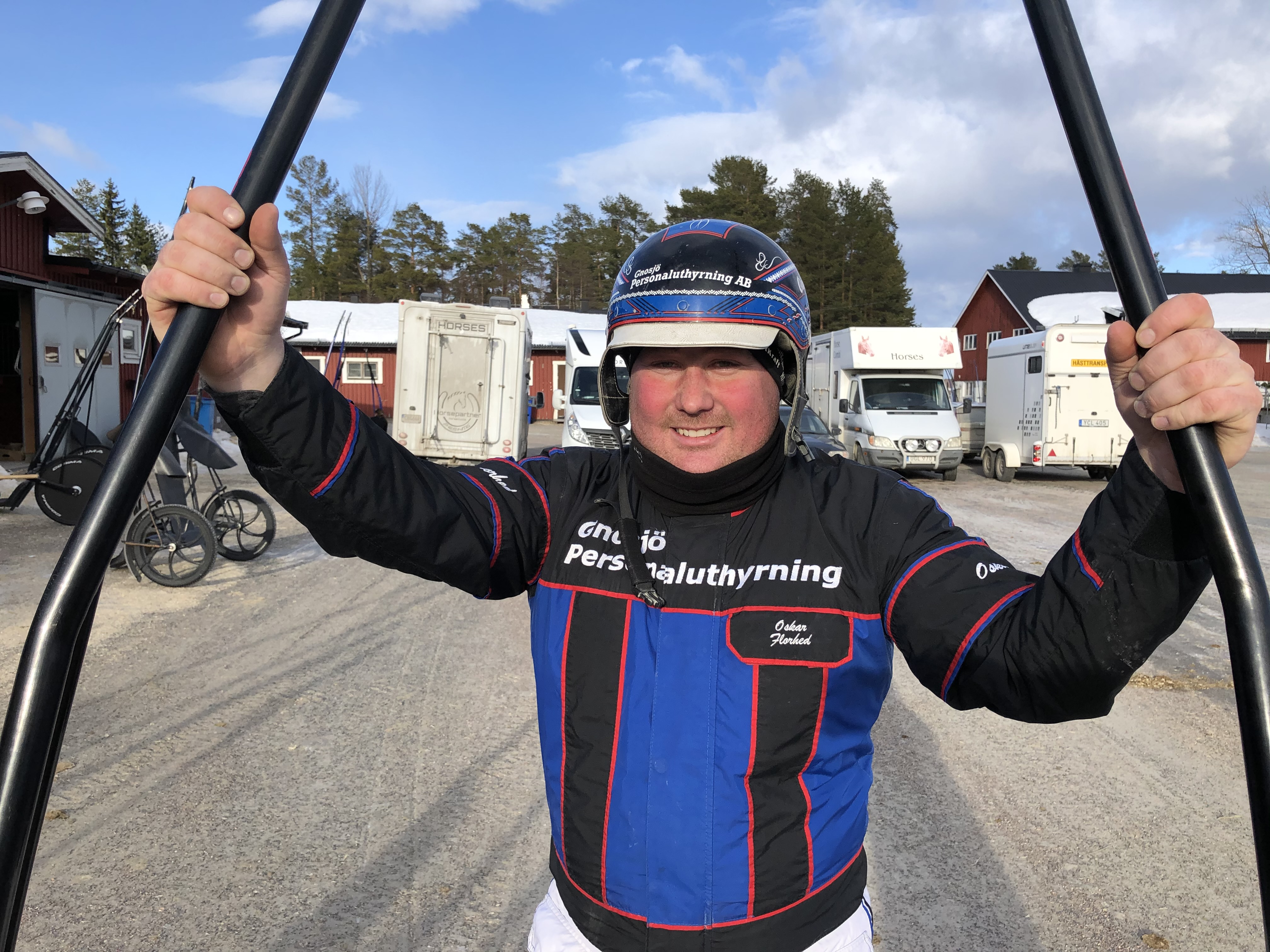 This Wednesday's V86® comes with a jackpot meaning the pool is SEK 15 million for all eight winners picked.
Robert Bergh has some hot chances on paper and his second trainer Oskar Florhed gives us thumbs up for one of them.
"Navona is in very good form and has a fitting task. She's a good horse to leave singled on the ticket" says Florhed who has driven her at a couple of her recent victories.

Bergsåker and Solvalla are splitting the V86® Xpress card on Wednesday. Since nobody found all eight winners last week, this week's card is boosted by a jackpot. A sole winner can take home at least SEK 15 million with all eight winners picked and what would be better than checking with the Robert Bergh stable who has some interesting starters. The Åby-licensed trainer has several high ranked horses who look interesting and second trainer Oskar Florhed knows all about them. He says that their best chance is without a doubt Navona in the third V86 leg, a four-year-old mare that Oskar has won two racaes with recently himself. Navona was very good last winter when she won five starts in a row. After having raced up until the summer, she was then given a two month long break. That seems to have done her well since she returned and won two in a row, both with Oskar Florhed in the sulky. She then finished second in her most recent start and she is the favorite this week from post position nine over the short distance with Mats E Djuse in the sulky. The mare is chasing her seventh win of the season and Oskar Florhed seems pretty sure that she will also get it.
"9 Navona (V86-3) has come up with three very good efforts after her break. In her first start back she just jogged in an easy class and when I won with her at Åby, it was a strange race with just a few horses. I had to race her pretty tough out three-wide the last 700 meters, but she was still able to win at a good time. Then she raced back only three days later and was very good again as she finished second. She was in the lead and the pace was high, 1:13 the first kilometer. Considering that, it was a very good effort" says Oskar Florhed.
"This looks like a fitting task for her. It's an apprentice race and she gets Mats E Djuse in the sulky, plus this is an easier class. As good of a form she is in now, she has to have a really good chance to win. She can do the hard work herself the last 700 meters and I think she is a good horse to leave singled on the V86 ticket".

"Will be raced in the lead - could lead from start to finish"
Oskar Florhed continues to go over the starters from the Bergh stable in order. He puts out a warning for Mily against the favorite Dixie Brick in the second leg, but doesn't like the chances for the probable favorite Mellby Ia in the seventh leg.
"4 Tangen Töff (V86-1) won deservingly in his last start and raced very well, being parked outside the leader. Has has raced well on V75 earlier without having a chance to win from bad post positions. Last start was an easier class, but this looks tougher again. There are some fast horses starting 20 meters behind him that can be hard to hold off. He might trot 1:24, but the ones starting behind him are faster. There are also only four horses on the starting distance, which means the horses behind will catch up easier. It will be tough for him to win and we hope he will make some good money. Maybe he could finish top three".
"1 Mily (V86-2) is in good form and she raced well in the Sweedish Championship for mares in her last start, where she closed well. She is fast behind the gate and it looks perfect for her with the inside post and the short distance. I think she will be raced in the lead and we will see how far that will take her but it's not impossible that she could lead the race from start to finsih. Like I said, she is in good form and she has been in tough races lately".

"Don't think she is strong enough to win"
"3 Elena K.J. (V86-4)took a new lifetime mark in her last start but has been scratched injured after that. She feels good in training and has a good post position but she is in against several good fillies. It's an even field and hard to handicap. She will race barefoot all around this time but she has done so before too. She can leave pretty well, but I don't know the opponents and I have a hard time estimating her chances".
"2 Mellby Ia (V86-7) hasn't raced for a couple of months but has trained the entire time and she has trained 1:19 at the track. She feels sluggish and I think she will need this start. She has a perfect post position but I think we can wait until later this fall to call her a win cadidate, after a couple of starts. She can leave well but I don't think she is strong enough to win right off the layoff" says Oskar Florhed.