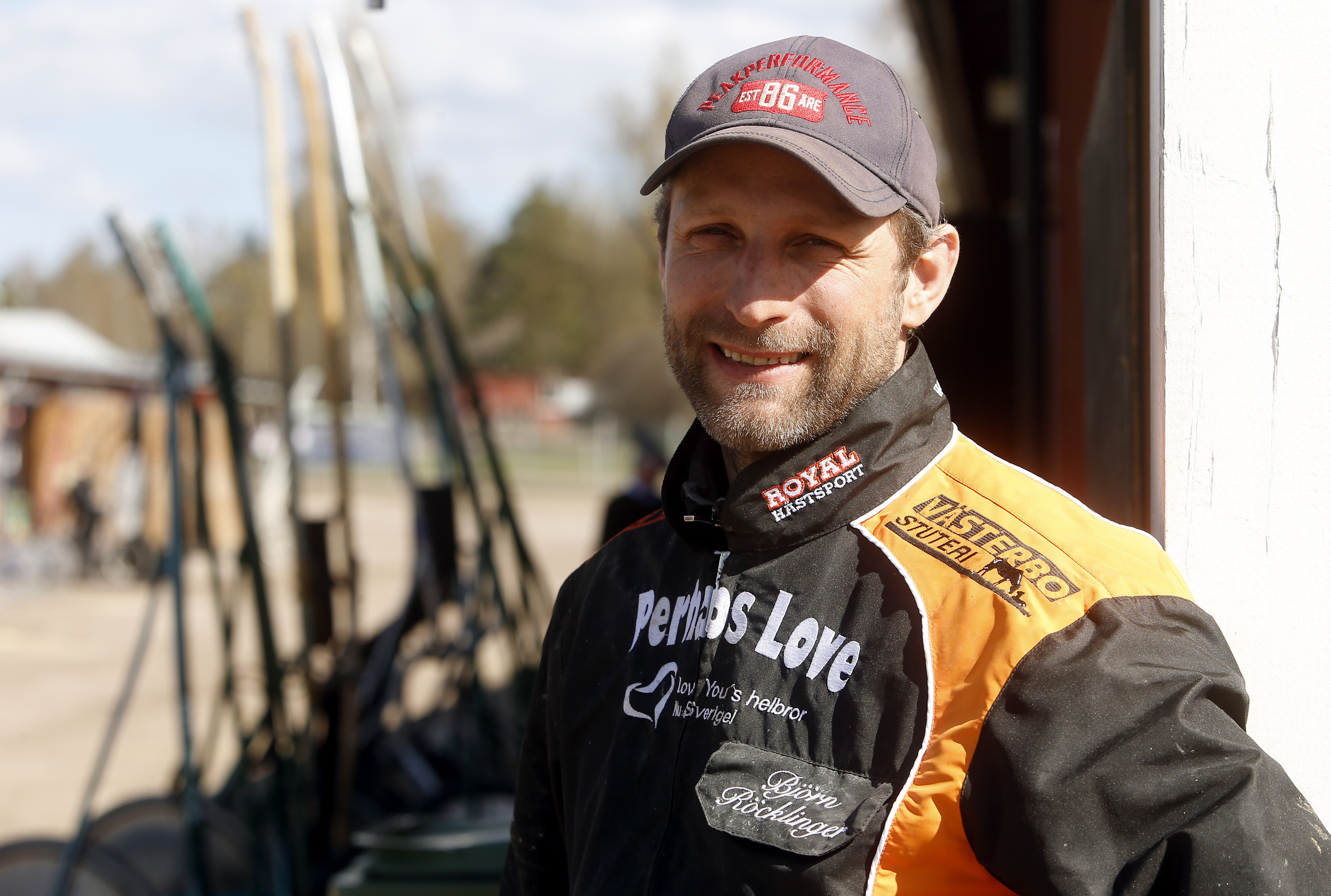 After three consecutive second place finishes Björn Röcklinger is hoping for a victory for Ginotonic on Wednesday's V86®.
"Had he had the margins on his side he could have had three consecutive wins. He really deserves to win a race".

Solvalla trainer Björn Röcklinger has just returned home from Paris and Prix d'Amerique when we get a hold of him on Monday afternoon.
"This year's Prix d'Amerique was an incredible race and it was an incredible effort by the winning Readly Express. We're a gang going down every year and we've been for the last six or seven years now. This was the best Prix d'Amerique I've witnessed".
Björn Röcklinger is the topic because of an interesting horse he has racing on this week's V86® which is split between Jägersro and Solvalla. Five year old Ginotonic drew post two behind the gate in V86-8 at his home track.
Ginotonic has hit the board four times in a row and in his last three starts he's finished second.
"I think it's mostly coincidences that he hasn't won. In his last start he sat last and sprinted home very well last 350 meters but couldn't get up there. He raced very well. The start before that he got outsprinted by the favorite. Had he just had the margins on his side it could have been three wins in a row. He really deserves to win a race".
What do feel about post two behind the gate?
"It's a good spot and the horse is feeling great. If he can stay out of trouble he should have a good chance".
"A firm track would benefit him. He doesn't like it when it's too deep, he needs to be able to grab the track. He gets a longer stride when he can grab the track better. We're not making any chances which means open bridle, stay in ear plugs, regular sulky and same driver Ulf Eriksson.
How would you describe your horse?
"He's pretty versatile for his class. Quick in the start and quick at the end. He can handle a tough trip. His weakness is if the track gets too deep".

Undefeated horse in the stable
Björn Röcklinger has a little over 30 horses in his stable.
Last year he beat his own record for the third year in a row with earnings of SEK 2.5 millions.
How do you look back at 2017?
"As far as racing goes I was pretty satisfied even if we battled some sickness in the stable".
Your expectations for 2018?
"I haven't set any specific goals but you always try to beat last year's numbers. I also have an horse that I think is something extraordinary that I hope twill make it to some of the bigger races this year" says Björn Röcklinger.
Which horse is that?
"I really only have on that stands out and his name is Indy Lane and he's won three out of three so far. He has a lot of ability and a great attitude. He's a four year old son of Ready Cash with many good features. I hope he can be the face of my stable".