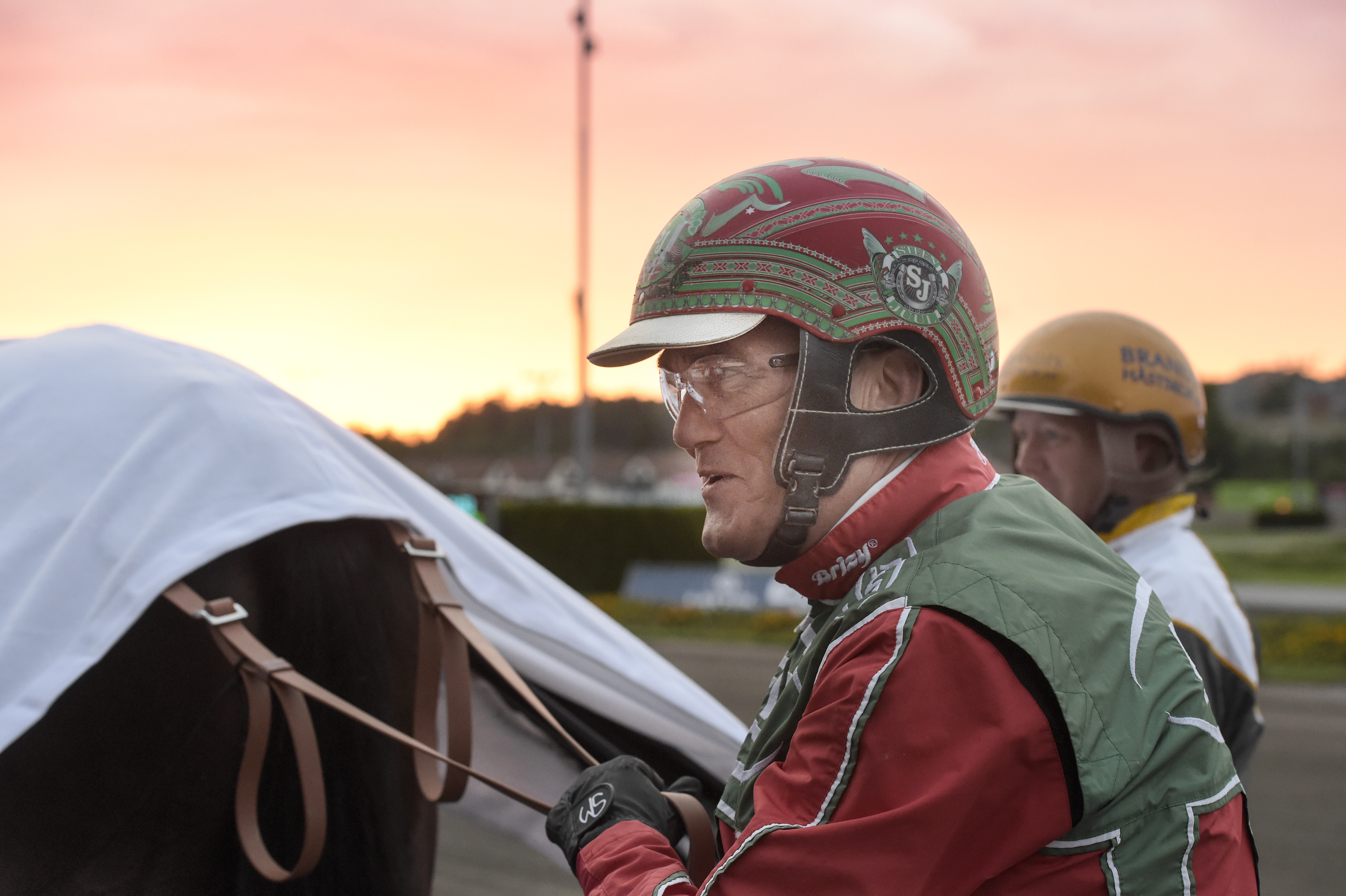 Steen Juul is number one of all time in Danish harness racing.
The multiple Danish champion trainer visits Åby and V86® with four horses - where none of them is the favorite.
"I think they will all race well and Catch Me A Winner is the one with the best post position. He has a race in his legs and now he will race barefoot all around" Juul says.

Three weeks ago Steen Juul, 71 won his eleventh Danish Trotting Derby as a trainer when he drove Festival of Speed to victory. The four-year-old horse has been outstanding in his crop in Denmark even if his winning streak came to an end last Saturday in Ålborg when he made a break from post position one behind the gate.
But when Nestor Juul makes the trip over to Sweden he often has good chances.
"When you enter, you think the horses will be good enough to race there. Of course, you don't know the post position or the competition at the time of entry, but you enter when the horses feel good and are in good form".
"The competition is tougher in Sweden and I know what it takes to be compatible there. Now we have four horses racing on V86, two of them drew good postpositions. I don't think I have any real hot chances to win, but you never know. Two of them could end up top three and two of them are longshots, you could say" Juul says.

"Better with a start in his legs - barefoot this time"
Steen Juul makes the trip to Åby on Wednesday and his first starter is Catch Me A Winner in the first V86® leg. He's a capable horse who now has one start in his legs after a long layoff.
"2 Catch Me A Winner (V86-1) raced on the front in his return and I had to use him pretty hard to hold up the lead. He raced OK, but he wasn't quite there yet after his long layoff. He should be much better for this start and he has felt good in training. He can leave OK but he's not super quick. He is usually good enough for this class and the reason he was off for so long is that he had some issues with his front legs last spring. We gave him off over the summer when they're going so fast and aimed for the fall and winter instead. He raced with shoes in his last start but he will race barefoot all around this time. I don't think you can write him off completely" says Steen Juul.

"He is strong – the long distance an advantage"
What are your thoughts on your other three starters on V86?
"3 Farasi Surprise (V86-3) is one notch below the best four-year-olds in Denmark. He raced in the Derby eliminations but didn't make the final and then he finished fifth in the Derby consolation. In his last start, he finished third at Åby, but Peter Ingves thought he was a bit sluggish starting from the second tier. He felt that the horse never really picked up the bit. He is racing back again in two weeks which could be a plus and he can leave OK. I don't really know the opponents but my horse feels OK and he is strong, so the long distance is no problem. He raced barefoot behind last time and will do so again. He always races with shoes upfront".
"9 Chablis D.K. (V86-5) has been away from racing for three months and he has had a training period instead. He has trained mostly under saddle but he's been trained to the sulky a couple of times too. He feels OK and he is strong so the long distance is an advantage. He will race barefoot all around which is the way he usually races".
"11 F. The Big New (V86-7) won the Mares Derby Consolation in her last, but that was on the lead where she is at her best. Therefore post position eleven is ice cold for her. She is in good form, but I lay low from that post and I'm happy with a check".