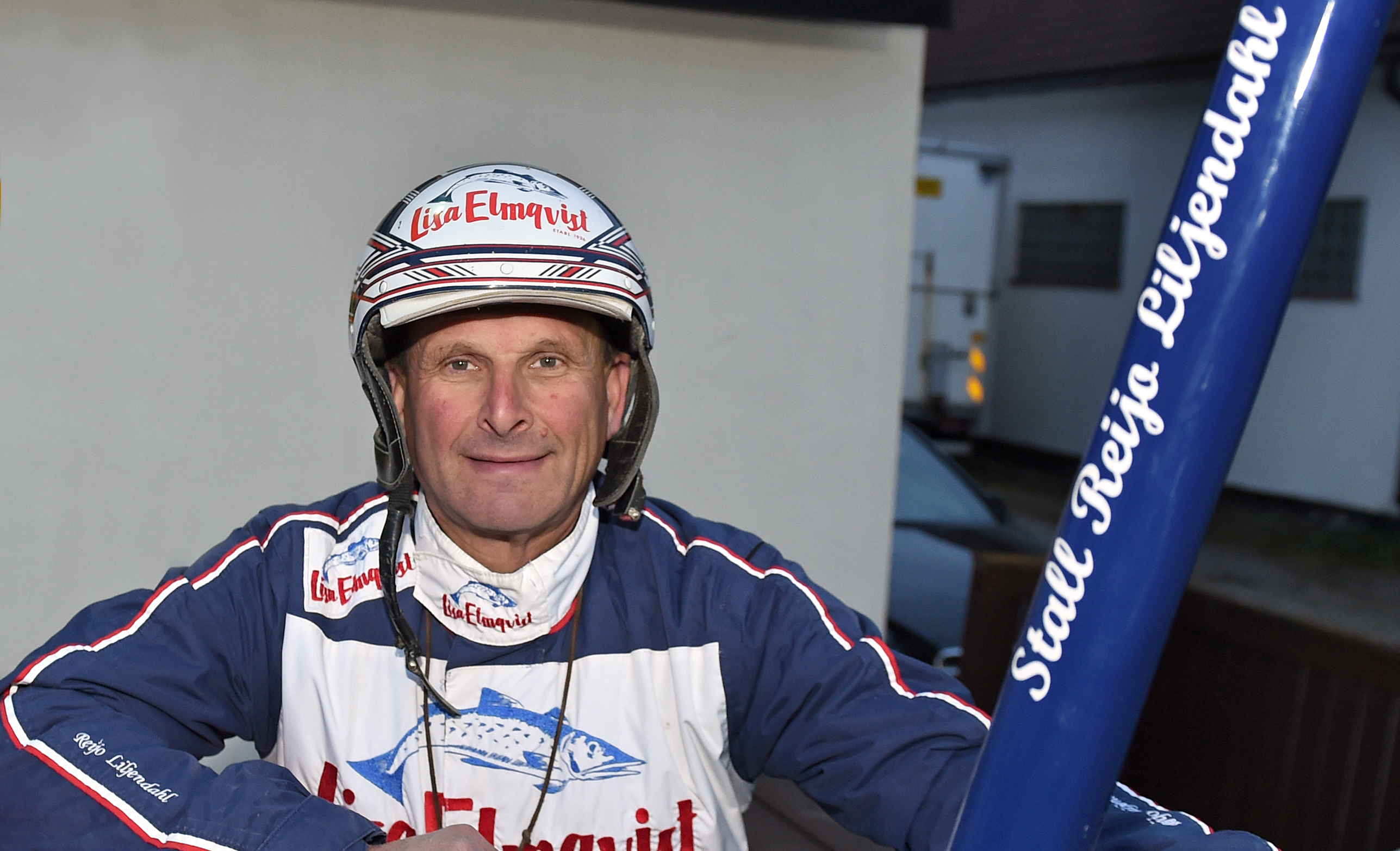 V86®: "Should be good enough for the bigger races this fall"

First-second-first to begin his career.
Graham Hill has only made three starts so far but has already made an impression.
"He should be good enough for the bigger races this fall" says the trainer Reijo Liljendahl before the Wednesday start on V86® at his home track Solvalla.

V86-4 is a race open for three year olds who hasn't made over SEK 150,000.
Graham Hill fits the class perfectly and has made exactly SEK 150,000.
Graham Hill's namesake is a legendary British Formula One driver who won the World Championship twice in the 1960s.
"I don't know if that's why the breeders named him that" says trainer Reijo Liljendahl. But the horse is good and he is good enough to end up in the photo even though he starts from a tricky post position" says the Solvalla trainer.
Graham Hill is well bred and has gotten a promising start to his racing career. It is easy to guess that the expectations must be high.
"If nothing happens he should be good enough for the bigger races this fall. But then he has to keep progressing the way he has so far and I hope and think that he can do that" says Reijo Liljendahl.
In the race on Wednesday Graham Hill fits the class perfectly down to the last Swedish Crown.
"He should have a chance to win regardless of who the opponents are this time and he's the one who feels most interesting out of my V86 starters" says Reijo.

Racing barefoot again
Solvalla and Åby are co-hosting V86 this week and Reijo Liljendahl has horses racing in each of the legs at our capital's track Solvalla. In V86-2 he sends out 2 Sedin U.S. who now returns to the racetracks after a brief break.
"He got some help after his last start and has trained as usual after that. He’s in pretty good form and I think Sedin U.S. is ready for a good effort" says Reijo Liljendahl.
Sedin U.S. won two starts back when he raced barefoot for the very first time. He will race barefoot again on Wedensday.
"I don't know if racng barefoot was the entire reason that time. The horse was in good form and of course it helps racing barefoot then, if it works out. Sedin U.S. had raced well before that but hadn't had the right racing luck. I think he trains well now and the long distance is definitely no disadvantage".

Tried the Hambletonian
2 Gerry (V86-6) raced in a Hambletonian elimination two years ago. Last year was his first season racing in Sweden and Liljendahl is pleased with how the horse performed last fall.
"He's a good horse and he raced very well last fall as a four year old. He is slow to get going and he will be improved with a start in his legs. The post position is also better now and I hope and think that he will end up near the top. There's a big favorite in Lipstick Tooma in the race and I think she will be hard to beat" says Reijo Liljendahl.

"Not chanceless"
In the last leg of V86 Reijo sends out 6 Playing Trix. Out of Reijo's horses he is the biggest longshot of them all. He is also one of the biggest longshots in his race.
Reijo hasn't given up beforehand though.
"Playing Trix has raced pretty well three starts in a row now. He got locked in at Örebro in a Breeders Crown leg and he probably would have made it to the semi finals had he gotten out. Two starts ago he had to go on the outside in an elimination to the King's Trophy and that usually doesn't do it at Åby with the passing lane. In his last start he didn't really get in the race from far back when the pace was slow. He is in good form and he continues to feel good and sound. He is not chanceless, I don't think so".