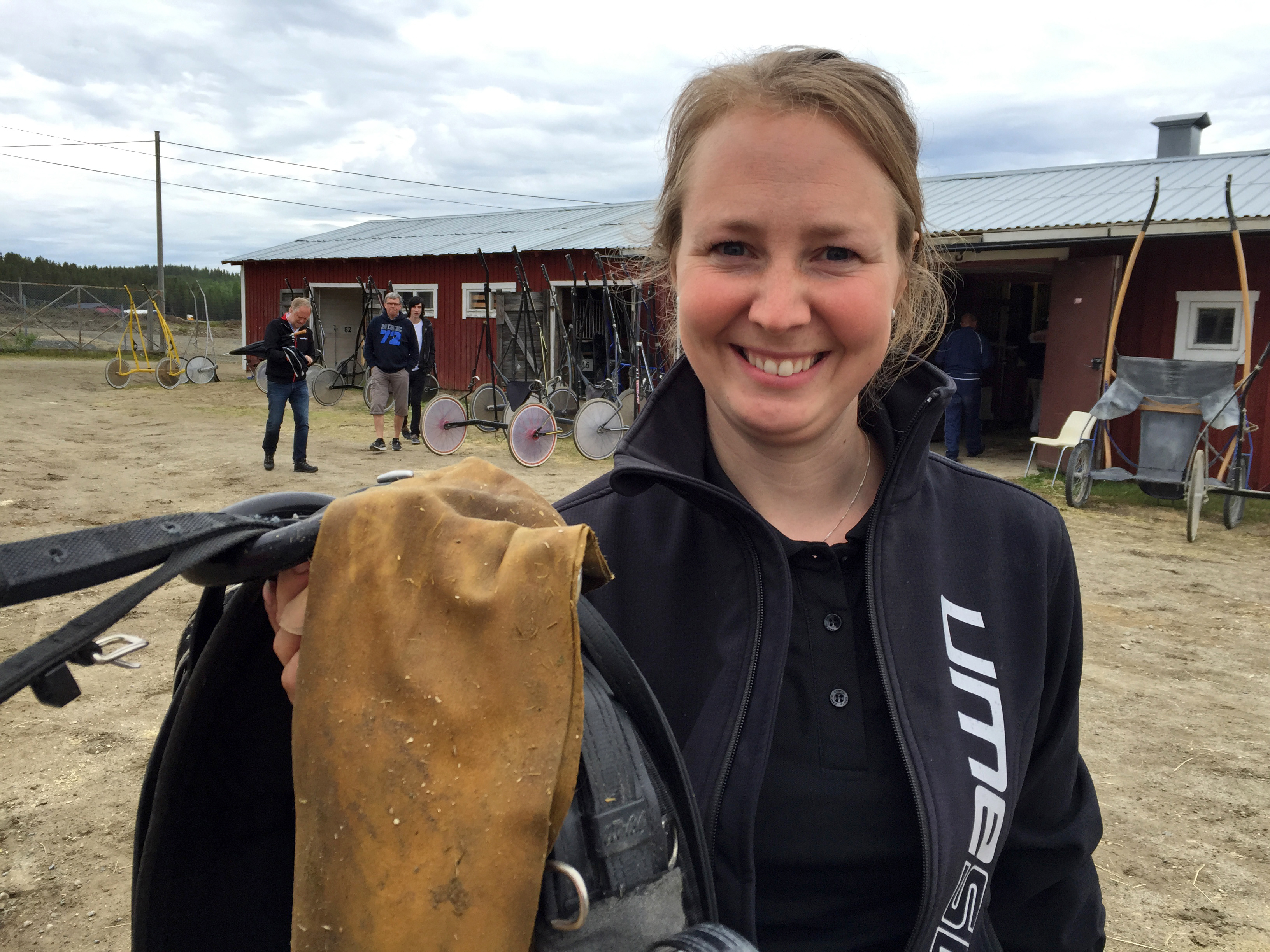 At the beginning of the year he traded the milder weather in Malmö for the cold winter air in Skellefteå.
Now he's ready for the next chapter of his career.
"I bet he never even seen corks before he came up here but he trains very well on them and I think he will have a chance right off the break" says the trainer Gabriella Laestander about this capable five year old going in to Wednesday's V86®.

Marciano's (V86®-5) breeder and former owners Mats and Ulf Eriksson (WHAP Trotting AB) might be from Sandviken, but the horse has been trained by Lutfi Kolgjini down in the southern part of Sweden since he was a yearling ans he's never raced any further north than Borlänge.
"Of course it's been a big change for him coming up here, but we've given him plenty of time" says Gabriella Laestander, amateur trainer at Skellefteå.
During his two seasons on the tracks Marciano has won 6 out of 27 starts and made around half a million SEK. As a three year old he won an E3 elimination and last year as a four year old he won twice in V75®. In December of last year Bert Pettersson and his girlfriend Gabriella Laestander him.
"He's a very nice horses and we've had our eyes on him. We've bought horses from those owner before and when we got the opportunity it wasn't a hard decision" says Gabriella Laestander.
What's your impression of him so far?
"He's really nice! But it's also hard to say since I have nothing to compare to. I mean, it's hard to compare the races I've seen on the computer to how he feels here at home, but so far i have no complaints what so ever".

Butterflies
This week's V86 is split between Solvalla and Bergsåker and it's at the latter one Marciano will make his first start for his new trainer Gabriella Laestander.
"He has trained very well even though he hasn't had any faster heats, so he's probably a bit from top form but I think he'll do fine in here".
Marciano has never raced with corks in his shoes before but that's not something that worries trainer Laestander.
With 99% certainty he will race with shoes this time and I'm sure corks will be needed too. He has trained on it and it hasn't bothered him any. He's trained the heats on an ice track so he's probably happy to not have to use the real long corks anymore".
Marciano drew post six in this volt start race over 2,640 meters.
"From what I've seen he's been pretty quick from the start and he's raced over 2,640 meters and raced well before so that shouldn't be a problem. I'm leaving the tactics to Ove (Ove A Lindqvist - the driver) but he's a very capable horse and if he can stay out of trouble he should be right there in the photo"
"It will be exciting to get to race him. We have some expectations on him and before you know where you have him there's of course some butterflies" says  Gabriella Laestander.