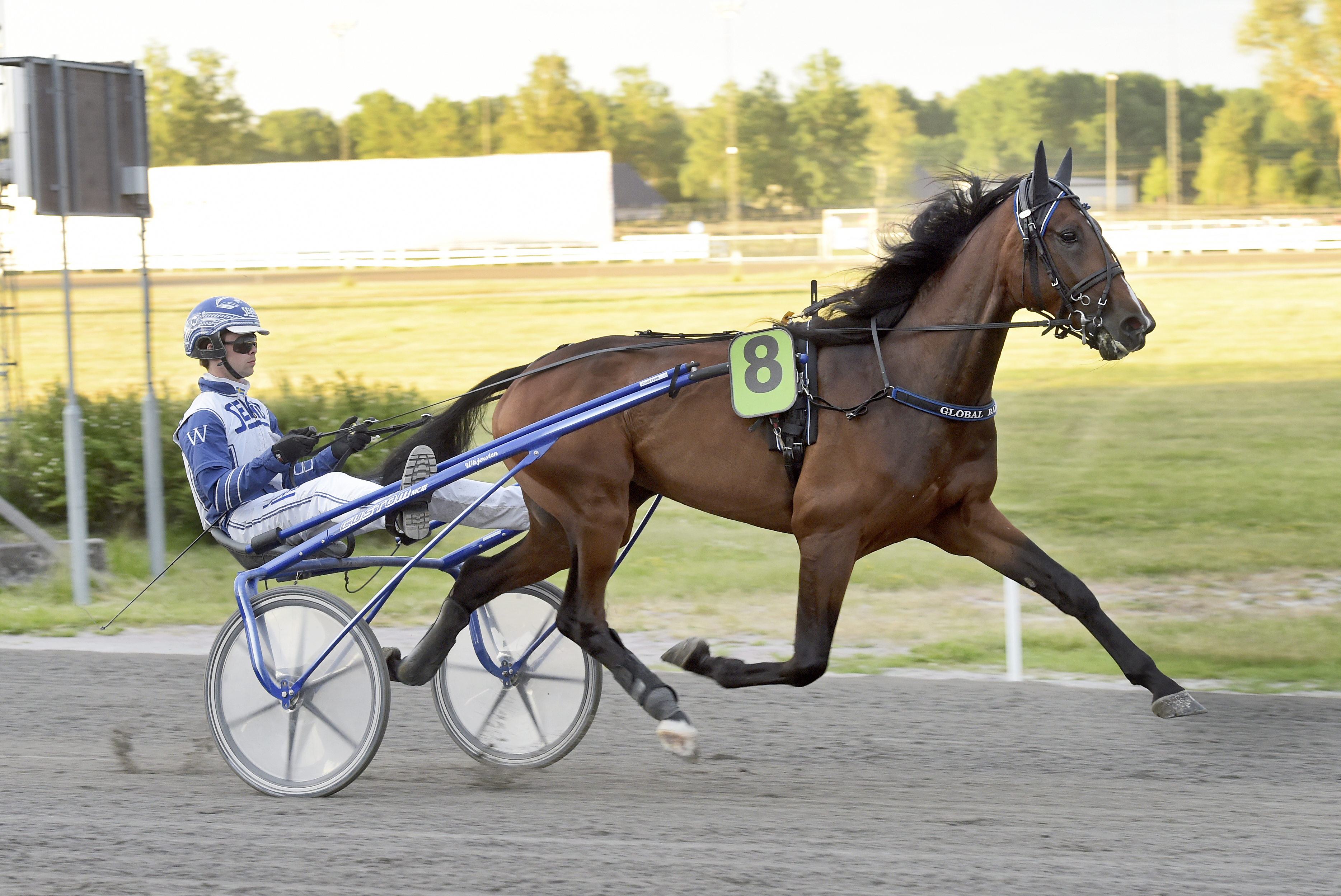 He has been in every big stake race so far.
On the first day of an intense week with V86® Super Days, Daniel Wäjersten is making the trip to Solvalla with E3 champion Global Badman to prepare for what will be his next big task - the Swedish Trotting Kriterium.

Ahead of us is an intense period with V86® Super Days. That means V86 on Wednesday, Thurday, Friday, Monday and Tuesday with a big final coming up next Wednesday with a multi jackpot.
During this time ten different racetracks will be part of this tour. The two big tracks Solvalla and Åby will start off V86 Super Days this Wednesday as well as finish the tour the following Wednesday.
So Solvalla and Åby will go first and they come out strong. Solvalla's first V86 leg is a race for three year olds which includes Daniel Wäjersten's E3 champion Global Badman - a horse Daniel had a good feeling about early on.
"I felt already in his first start that this could be a star. He trotted 1:17 in his first start as a two year old with the last kilometer on the outside of the leader in a very good way. It felt like a seed was planted that day" says Wäjersten.
"Personally I see two sides of him, when I put the harness on him the serious side comes out where he's fully focused on the job and then there's the other side of him which is a playful prankster in the field who loves having fun and playing around and doesn't take life all that seriously. He is such a thankful horse".

"We plan on having him in great shape come the Kriterium"
Global Badman (V86-2) has a solid CV and he has been in every bigger stake race so far. After winning his first three starts as a two year old he made a break in a bigger race called Svampen at Örebro. In his next start at Jägersro he won an elimination to the most prestigous two year old race in Sweden - Svensk uppfödningslöpning - in 1:14.3 and followed that up by finishing third and making SEK 350,000 in the final after having been used hard early, 1:09 speed the first 500 meters.
"He was very mature as a racehorse already as a two year old and he has raced well so far. He is a good racehorse overall, he just needs to get a little bit stronger to be able to be better and he needs to learn to leave a bit quicker. Time will tell when those pieces of the puzzle will come together".
As a three year old Global Badman started off the season by finishing second in his first two starts and in his third start of the year he raced barefoot all around for the first time. That paid dividends right away and after a win at Bergsåker the win streak continued in the E3 eliminations at Örebro before he went on to also win the final impressively in 1:13.0 over 2,140 meters despite being parked outside the leader. His last start ended with a break in the last turn in a Breeders Crown leg at Mantorp.
"He ran in too much in the last turn and didn't get the support needed from the gaiting pole. There was nothing wrong with the horse, just an unfortunate accident".

Shoes on this time
This Wednesday Global Badman will race with shoes on.
"I was sceptical to racing him barefoot, but looking at the result you can't complain. His feet are good enough to race without shoes but you can't do it every time. Considering his post position and the plan we have going forward it seems like a good time to race him with shoes this start. We plan on having him in great shape for the Kriterium even if it's a long road to the final".
How do you estimate your horse's chances on Wednesday?
"For the horse's development post position eight feels good. He has some things left to learn and he needs to learn to race from behind. For the sake of the race it's too bad and I feel like his chances to win vanished when we drew that post position. Both Mister Hercules and Selected News are nice horses and it feels like it will be tough to beat them from this post position".
"If we can be third or fourth from there I'm happy. It's a boring answer but I have to be realistic" says Daniel Wäjersten.