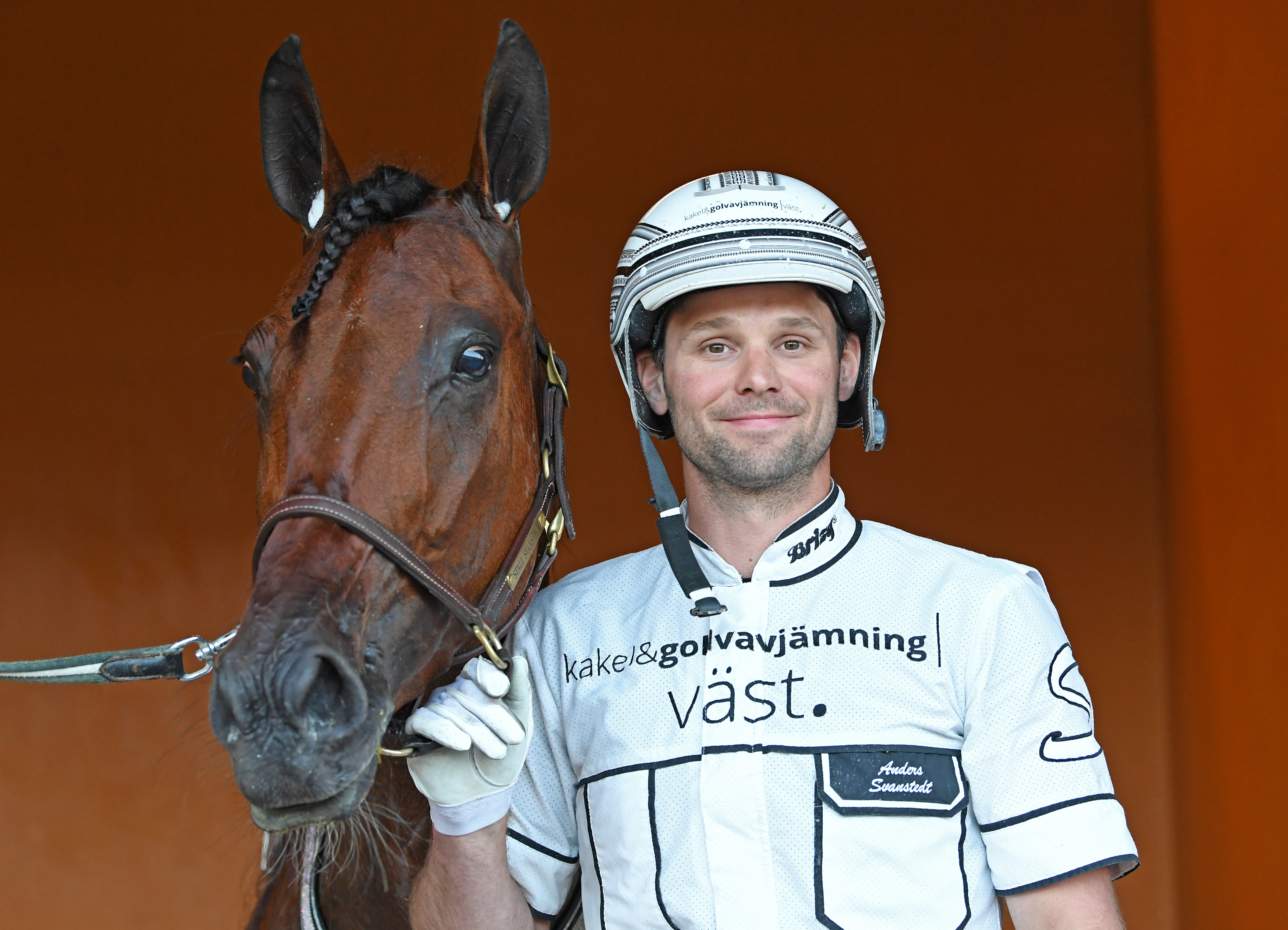 V86: Svanstedt on his new poster girl – "We are going go to Solvalla to win – pulling all shoes for the first time"

She is an extraordinary talent and she is undefeated when staying flat.
Cash And Carry can become Anders Svanstedt's new poster girl and now she gets tested in Margaretas Tidiga Unghästserie.
- "She's a very good horse. We are going to Solvalla to win and I'm trying to find an extra gear to do so. Therefore I will pull all shoes off of her for the first time" says Anders Svanstedt.

Solvalla presents a high-class V86 card on Wednesday. A race card that Margaretas Tidiga Unghästserie – where many of the country's best three and four-year-olds square off – puts its stamp on. The winner of each division receives SEK 300,000. Someone who aims at that hefty prize check is Anders Svanstedt. He has developed a very nice mare, the four-year-old Cash And Carry who has won four out of five career starts.
"10 Cash And Carry (V86-7) is something truly special. She has incredible abilities and she loves trotting fast. I only have seven racehorses in my stable and to have a horse like her means a lot. It's very valuable to be seen a little bit" says Anders Svanstedt.
"I said early that she is extraordinary and she has gotten better gaited and her temper has also gotten better after we have worked on it. I have never really fired her off and I don't know how fast she can trot, now that she has become more stable".
"She just left them behind – showed she has a big heart"
One of the Axevalla trainer's owners bought Carry And Cash last year when she was three years old and unraced. It was a success right away when she started racing for Anders Svanstedt and she won her first couple of starts in splendid isolation without being tired. After a break behind the gate in her third start, she has won two in a row again. Before her last start, she had been scratched due to a bad blood count. But that short time off from racing didn't bother Cash And Carry. She rounded her opponents from post position ten on V86 and won after having trotted first up.
"We got a little bit too good of a start from the second tier and we kept moving forward. She was parked on the outside and the pace was high. I saw the leader started to look rough gaited and I asked her for some speed to get to the lead before the last turn. I had a ton in my hands and she just left them behind".
"She then slowed down when she was all alone at the end but she just sped up again when they got closer and she showed that she wanted to win. She showed that she has a big heart which she hasn't had to show before when she has won so easily. She was better than I thought she would be, considering she had been sick before that start" says Anders.
And adds:
"It's very nice to have a horse like her and they're not easy to find for us smaller trainers. We bought her fairly cheap (SEK 130,000) at a sale late as a three-year-old and she has shown much more than the SEK 170,000 she has made so far".
"Not a race where you just sit in with the horse"
On Wednesday the trip goes to Stockholm and Solvalla for Cash And Carry where she will face the toughest competition so far in a 'Margareta' race. She has post position ten in the second tier in the race for four-year-old mares and trainer Svanstedt announces an interesting change.
"I guess she is the mare with the least experience in the race and who has made the least amount of starts. But at the same time, I know how much ability my mare has and she is progressing steadily and she feels better and better with each week" says Svanstedt.
"This is by far the toughest race she has been in and the plan is to race her without shoes for the first time. The first prize is SEK 300,000 and it's not a race where you just sit in with the horse. We are going to Solvalla to win and I'm trying to find an extra gear to do so. That's why we pull her shoes now when she feels so good and I think she can handle it. I would be surprised if she can't".
"I'm happy with post position ten and that would be in the top two of the post positions if I had gotten the chance to pick. I will let her start the way she wants, I usually let her decide the first 300 or 400 meters. So I will see where she ends up and make the next move from there".
"I really want to win the race"
How does she feel in training after her last start?
"We only do heavy interval training at low speed with her. It's not a horse you train heats on the racetrack with and we work a lot on keeping her calm and quiet. She is naturally sharp and on edge and that will never go away completely, but we have it under control. I know where I have her" says Anders Svanstedt who besides the shoeing change won't make any other changes for this start.
"No other than that we will race her the same way again. I know I have a very good horse who is ready to trot a fast time. Then we have to see how the race unfolds from this post position. I really want to win the race when there's SEK 300,000 to the winner and then the plan is to try her in the eliminations to Stochampionatet".