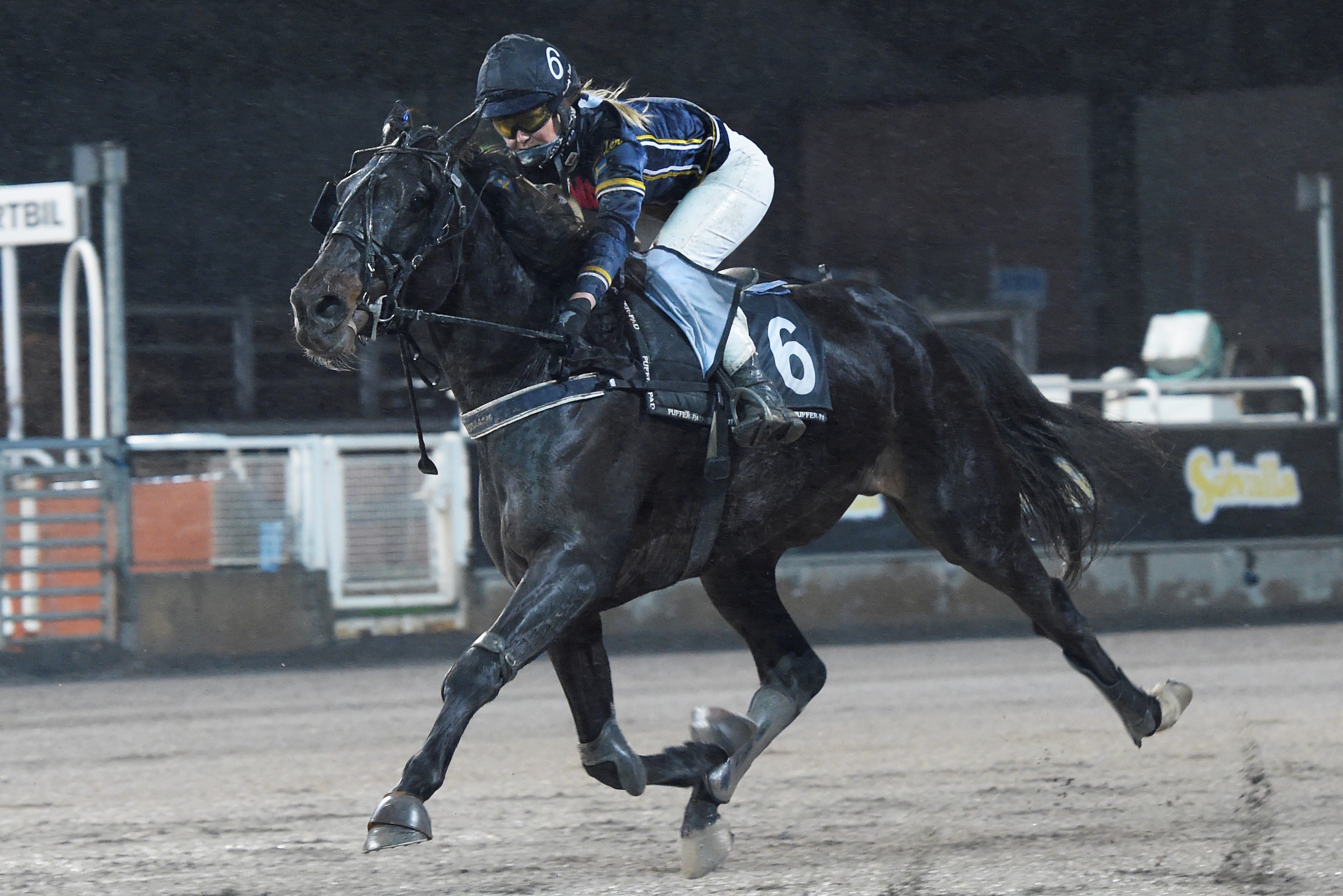 V86: The Big Bang likes it best under saddle

The Big Bang likes monté.
All of his eight lifetime wins are taken with a jockey on his back.
On Wednesday he starts as the big favorite on V86 in Lindesberg.
"He feels good in training, he's in good form and I'm optimistic" says Tommy Enberg.

Tommy Enberg runs a small racing stable with only six horses in his care. To make some extra money and to make time pass he helps out both at Svante Båth's and Marko Korpi's stables.
"I have cut down on my extra jobs a bit. I've felt a bit tired and I went to the doctor's to get checked out. They had me on the test bike and I was all done after four minutes. I had a balloon dilatation done on my heart and I already feel better. The health care in Sweden is fantastic and we need to take good care of it" says Tommy Enberg.
For now, he helps Svante Båth train once a week.
"His stable is very well organized and I just jump up in the cart. It's nice to get to sit behind all the nice horses Svante has and I see it both as a good job and as a hobby".

"I have to believe in him again"
In his own stable, The Big Bang (V86-3) is the big star. He has won 8 out of 31 lifetime starts and all wins have come in monté races.
"It might sound a bit odd, but I knew already when he was two years old that he would be a good horse for monté and it has obviously turned out well so far".

What makes him so good in monté?
"He has the right size and he's a little bit lazy and he also interferes with himself a bit and a horse like that usually clears better without the sulky. Plus, he's not that old, he's only five years old. Many people wait until the horse gets older to try monté and then they often experience a setback after just a few starts".
What are his strengths?
"He has it all, pretty much. He is strong, fast and he tries hard".
How do you foresee his future development?
"I have changed his training and it has made him stronger and I have also let him grow into the classes and haven't raced him too often, I have let him do it at his own pace. He's a durable horse and I obviously hope this is just the beginning".
What do you think of the race on Wednesday?
"I don't know all the horses all that well, but I have to believe in him again since he is so good. He got to try racing barefoot in his last start and that turned out very well and made him even better. He has raced like that before, but that was a long time ago when he didn't have the same form he has now".