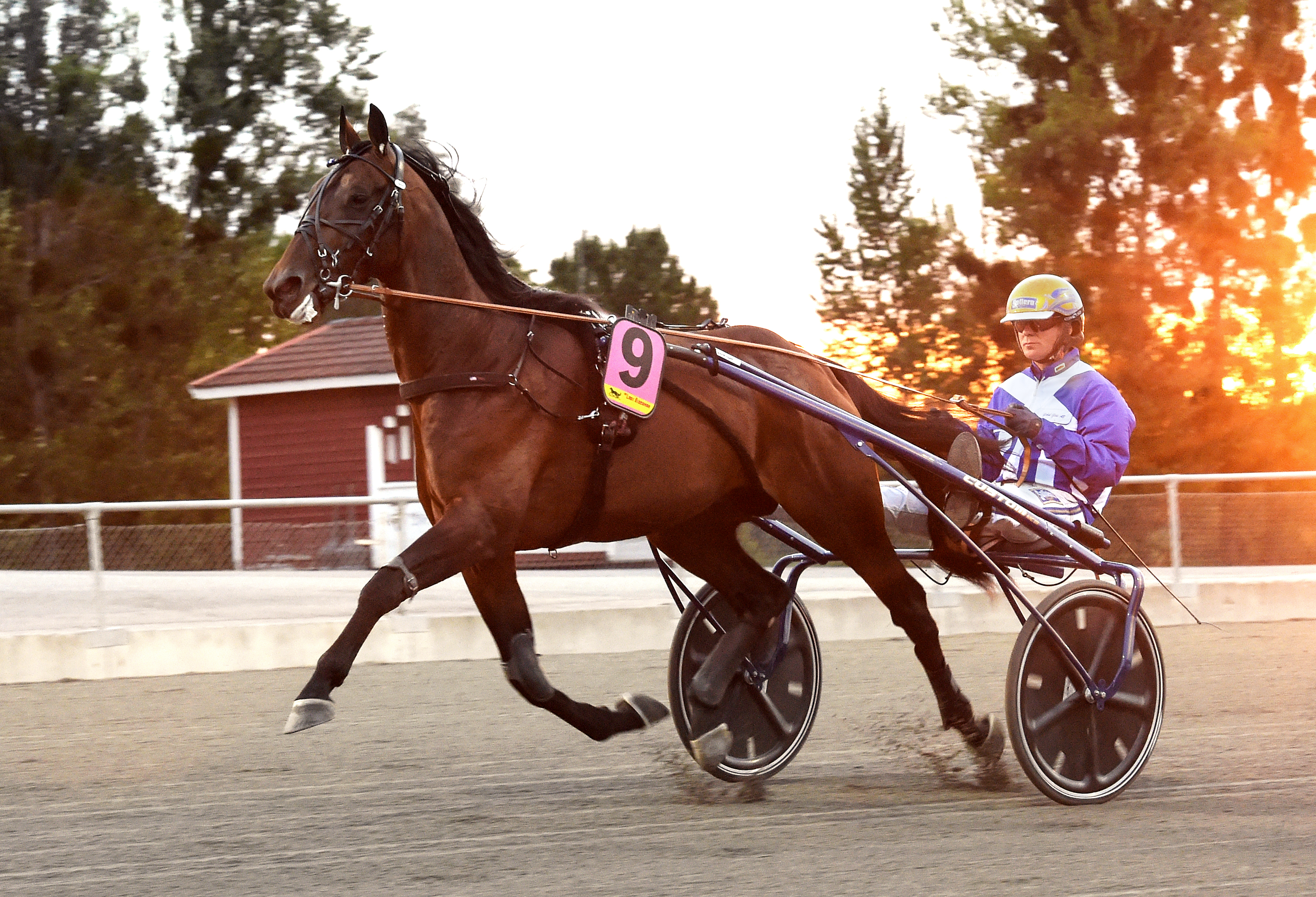 Several star trotters are making their seasonal debuts on Wednesday on a V86 card that holds very high class.
But Ecurie D. is the one who stands out the most and the charismatic phenomenon is now ready for another season with Elitloppet as the big goal.
"Everything has gone well this past winter and he feels incredible. I feel very confident with this horse" says trainer Frode Hamre.

The most interesting horse in the trotting industry makes a much anticipated retun and seasonal debut at Solvalla. Ecurie D. began his fabulous racing career with eleven straight wins before he took on the older elite. As a four year old he started in Hugo Åbergs Memorial from the second tier and finished fourth over the short distance. After that Ecurie D. went back to his winning ways and the tremendously impressive horse has won 14 out of 17 starts and made SEK 3.2 million so far in his career.
"He's a fantastic horse and even if I've trained many good horses before, this is the best one I've ever trained. He has such a charisma and a wonderful attitude. He also has enormous strength and a great speed. On top of that he is quick out of the gate and he has all the qualities a top trotter needs to have" says Frode Hamre.

"Has trained at the racetrack three times - the fastest heat was at 1:13/2,000 meters"
Ecurie D. hasn't raced since November 27 last year when he finished second behind Aetos Kronos at Solvalla. After that start he has gotten a lot of winter training.
"7 Ecurie D. (V86-6) has felt very good and sound all winter and has trained without any interruptions. He got a full month in the field after his last start to rest and recharge. We went over the horse together with a veterinarian and found nothing wrong so we started the winter training. Everything has gone according to plan and he has trained at the racetrack three times. The fastest heat was two weeks ago Tuesday when he trained in 1:13/2,000 meters" says Frode Hamre.
"The  caretaker Tine Storetvedt is always the one who sits behind Ecurie D. in training and they always sit right behind me as I train another horse. He has put on more muscles after a winter of heavy training in the pressure cart. He looks strong and it's hard to believe he would have a better season than last year. I'm happy if he can stay at the same level this year".

"We have things under control"
The seasonal debut takes place in the sixth leg of V86. Ecurie D. has post position seven behind the gate over the middle distance together with Björn Goop. In the same race star trotters like Milliondollarrhyme and Makethemark are also making their seasonal debuts. We also find last year's Elitlopp contender Milligan's School, who finished second in his seasonal debut, behind the gate. But trainer Hamre is optimistic.
"It's always exciting when it's the seasonal debut and I am very confident in my horse. I think we have things under control and I think it will go well. Of course I think he has a good chance to win despite the post position. He will race the same way he did last year; barefoot upfront, with an open bridle and a regular style sulky.
What are the plans for the rest of the year? Which races are the big goals for him?
"The paralympic trot is the first goal if everything is normal with him on Wednesday. He has already been invited to race there. After that the focus is on Elitloppet. It's a dream for both owners and the trainer to get invited. The horse has shown such great qualities so I hope he will race in Elitloppet. Hugo Åbergs Memorial and Jubileumspokalen are two other races that are on the radar this year" says Frode Hamre.

"Has trained with Ecurie D. - could win right away"
The Norwegian champion trainer has two more starters on V86. They are both new acquisitions from USA and the info sounds good especially on one of them.
"8 Callas (V86-2) came from USA where she raced last year as a two year old. She has gotten a lot of training this past winter and has made one start in Norway but then she made a break in the first turn. She's a bit green and saw the exit there so that was pure inexperience. Unfortunately she has post position eight here against older horses. She won't win from there, she will go around the track to get another start in her legs. I hope she can close well and make some money. She will race barefoot upfront".
"1 Synergy (V86-4) also came from USA where he has raced well. This will be the first start for me and he has trained well all winter together with Ecurie D. He's a big and long legged horse which I have high hopes for in the future. He's a nice type of horse who has gotten a lot of training this past winter. I suspect that he might need a start before he's in top form. But he has so much ability and feels so good that he could win right away. He has shown that he can leave quickly in USA and he has taken the lead many times. He will race with shoes on".