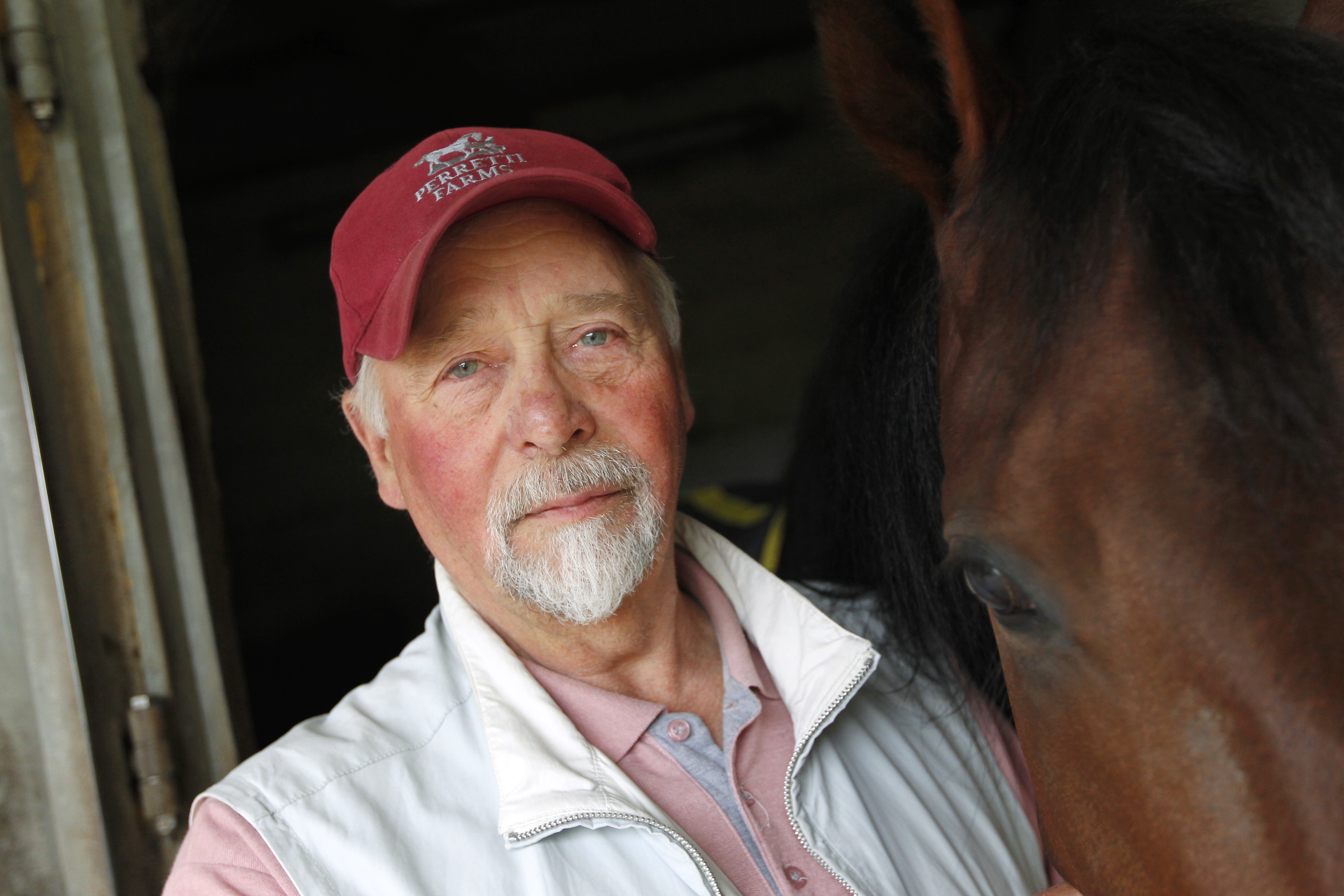 He is one of the big names in Swedish harness racing, but nowadays he only has two horses in training.
That doesn't stop Björn Lindblom from sending out winners.
His nice mare Eight Hour is a hot win candidate when V86® comes to Jägersro.

When you mention Björn Lindblom, most trotting fans who have been involved a few years know that he is one of the legends of Swedish harness racing. The horse who most people associate with Björn is Nino Blazing who won the Swedish Trotting Derby in 1981. He was driven to victory by Stig Nilsson when the trainer himself drove Dimma, who made a break.
"Nino Blazing was probably my best horse, but my favorite horse...must be Mimer. Man, what a horse he was. He was a full brother to Dimma and he was actually better than her, but his legs weren't as good as hers" Björn remembers.
Björn Lindblom left Sweden in the mid-80s to become a very successful trainer in Italy. He stayed there for almost three decades before, after a shorter stop in France, returning to Sweden in 2013.

Lives a good life in southern Sweden
Today the training stable is at a lower level for 'Archie' Lindblom, 77. He trains in Brösarp and has two horses in his care. How are things these days?
"All is well, thanks for asking. I feel good and I'm living a good life here. I have been in the harness racing business for 60 years now so I have experienced a lot and I am still alive and kicking. I want something to do with my time and as long as I am healthy, it's all good".

Comes off a victory in Diamantstoet
The winners keep coming out of the Björn Lindblom stable. The two horses combine for a total of 6 wins in 18 starts, a neat win percent of 33. The Danish-born mare Eight Hour (V86-1) has four wins this season and she comes off a win in Diamantstoet at her home track Jägersro in November.
"I hope she will be as good as she was in her last start. She has only trained slowly after her last start, we don't do much with her in between starts, just maintenance work" says Björn and adds:
"She is usually a strong closer, but she races well with most trips. I think she has raced well in the lead and also when she has come first up even if I hope she doesn't have to do that this time. She's a nice mare, intelligent and she has a big motor, that helps her a lot".
What awaits Eight Hour after the Wednesday start?
"After this start, she has the finals coming up at Solvalla, and then she will get a break. I think she can step it up another notch next year".
Feels like she should have a good chance to win?
"She should have a decent chance to win, she is one of the mares who can win the race. I would say that Lövgren's mare (8 Divane Godiva) is her toughest opponent, she seems like a nice mare".
It has been a good year with limited resources for Björn Lindblom. But the veteran trainer doesn't have any plans of expanding his two-horse stable.
"No. I don't want any more horses. If I were to train another horse, it would have to be a very good one".