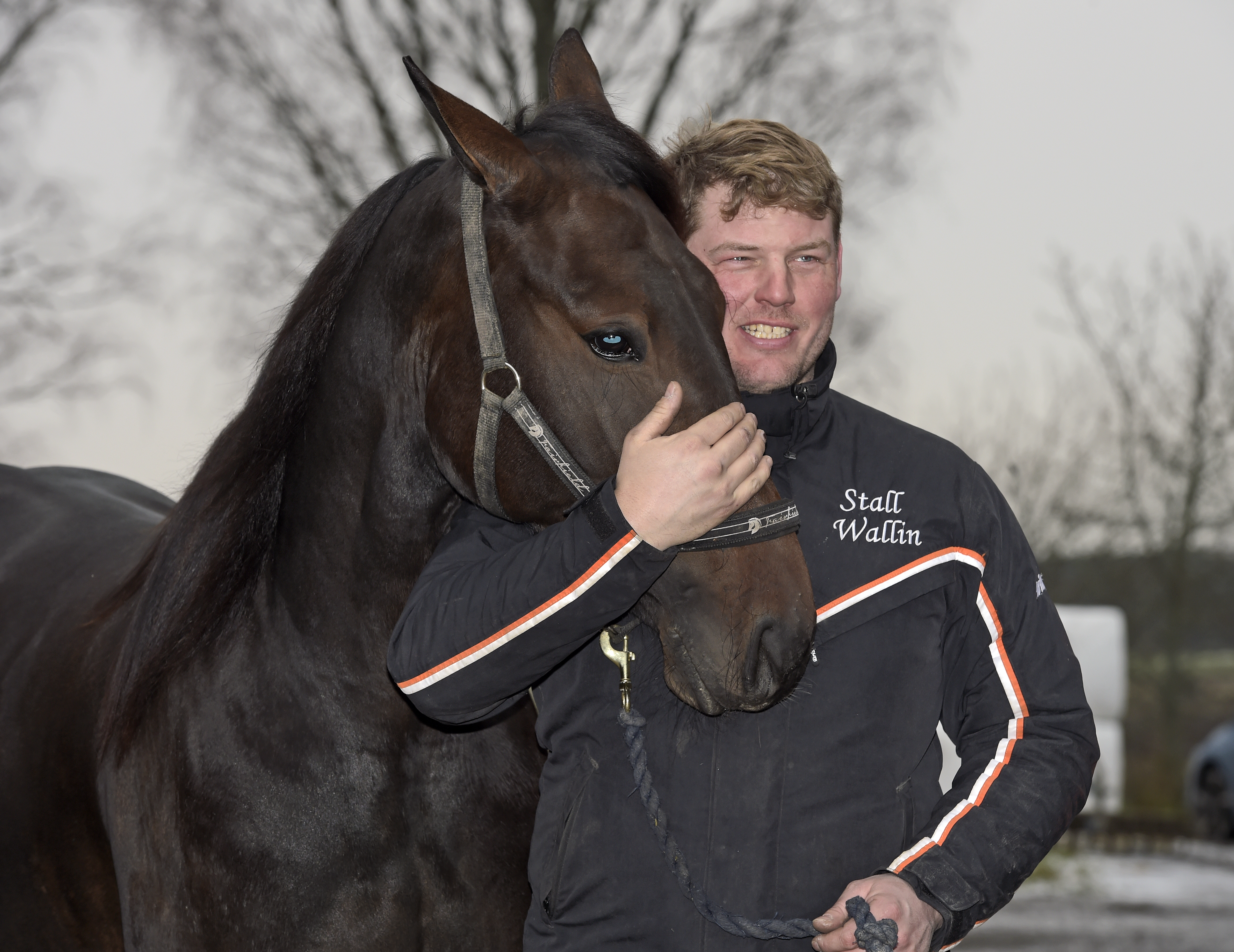 V86®: Time for revenge in The Oaks Revenge

Conrads Rödluva's half sister Sayonara was one of the best two year olds in the country a year ago.
Infections and other issues have slowed down her three year old campaign.
"She is toguh and she feels good now but since she hasn’t been able to race consistently, she is just a long shot on Wednesday" says Fredrik Wallin about her racing in the Oaks Revenge at Solvalla.

Sayonara means farewell in Japanese.
Maybe that’s exactly what the well bred Sayonara from Gävle has to say to her 2020 campaign without having any greater success.
Trainer Fredrik Wallin is thinking about one more start after the one this Wednesday.
"One more start after Solvalla, after that we will focus 100 percent on next year. We hope she will be able to compete in the bigger races again then" says the Gävle licensed trainer.
In 2019 Sayonara won Svampen in Örebro and a Trottex sales race at Solvalla. She was nominated to the two year old of the year in Sweden as the only filly (in Sweden there's only one award division for two year olds).
This year hasn't been as joyful for Fredrik Wallin the owners. The half sister to Conrads Rödluva has been slowed down by infections and didn't start racing until September.
"We can just forget this year" says Wallin.
Sayonara has been good lately and has delivered good rallies from bad post positions in two Breeders Crown races lately.
She didn't make it to the biggest race for three year old fillies in the country - The Swedish Oaks. On Wednesday she could get her revenge in a race that could be named after Sayonara's year - The Oaks Revenge.
The race is scheduled as the fourth leg of V86. Solvalla is co-hosting V86 together with Åby this Wednesday where Sayonara's driver so far Carl Johan Jepson will drive, so Sayonara will get Örjan Kihlström in the bike this time.
"That doesn't worry me. She is easy to drive. It will be great to get Örjan as a replacement".

Several potential winners
Of the opponents Fredrik mentions Chablis Ríbb. But Leif Witasp's filly drew post position ten, in the second tier and in the race on Wednesday it seems like Björn Goop's Hill's Angel, Mattias Djuse's M.T. Perette and Timo Nurmos' Samaratina will attract the most attention from the bettors.
Fredrik Wallin lays lower than normal with Sayonara but he also says he won't be surprised if she wins.
"No, I guess I won't. Sayonara is very good. She's not really in against the best fillies in the country, but I can't really guarantee a win either" he says jokingly.
You haven't gotten any continuity this year with Sayonara, but on the other hand you might have a fresh filly?
"Yes, she feels sharp. I think she's in good form. Everything seems well with her but she hasn't raced in a month and usually you don't get the right go in them if they can't race consistently. I think she is good but maybe that last little bit is missing".
What will you tell the driver who will drive her for the first time?
"I'll tell him that he has to drive based on how she feels or something like that. She is very quick out of the gate, so there are options. But that's all up to Örjan. She missed half the year and needs these starts to be ready for next year and for the training this coming winter".